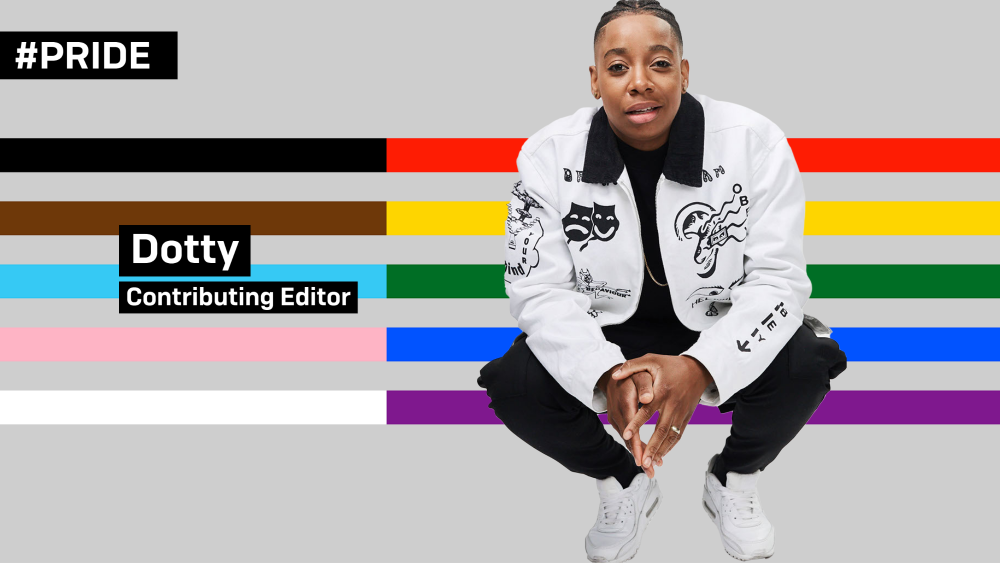 In 2012 it was not uncommon to hear anything vaguely gay bookended with the caveat ‘no homo.’ A phrase that, for a time, became part of the linguistic canon in pop culture. An unequivocal way to rid sentences of any homosexual double entendre and distance the speaker from sentiments that could be loosely interpreted as even remotely queer-adjacent.

‘It’s crazy how you can go from being Joe Blow / to everybody on your dick—no homo,’ said Kanye West to open his feature verse on Jay-Z’s 2010 hit Run This Town, Hov’s first UK number one single as a lead artist.

It was amidst this socially retrograde climate (where many black men in music were proof-reading their lyrics for any traces of gayness) that R&B singer Frank Ocean decided the time was right to open up about his relationships with men.

‘4 summers ago, I met somebody. I was 19 years old. He was too. We spent that summer, and the summer after, together. Everyday almost. And on the days we were together, time would glide. Most of the day I’d see him, and his smile. I’d hear his conversation and his silence…until it was time to sleep. Sleep I would often share with him. By the time I realized I was in love, it was malignant. It was hopeless. There was no escaping, no negotiating with the feeling. No choice. It was my first love, it changed my life.’

'...for me, like many queer artists navigating the music business at the time, sexuality was something to be discreet about, a self-imposed silence that Frank Ocean helped to free me from.'

Frank Ocean’s 2012 coming out letter (or Tumblr post as was the trend back then) was a watershed moment for the Black LGBTQ+ community, a statement that was both intimately sincere and profoundly brave. An unprecedented juncture for Black masculinity at the time and a revelation that would go on to empower a generation.

I was a rapper in my early twenties then, quietly gay, always careful not to divulge the pronouns of my bedmates in songs or interviews. So for me, like many queer artists navigating the music business at the time, sexuality was something to be discreet about, a self-imposed silence that Frank Ocean helped to free me from. His candid statement would go on to be far more ground-breaking than the lo-fi Helvetica .txt file might have alluded to at first glance. An awakening that would plant a seed of emancipation, not just for the music industry, but for the entertainment business at large.

The album that followed was Channel Orange, a body of work that served as the soundtrack to his ‘coming out’ a powerful project that saw him speak openly of his love for a man. ‘You run my mind boy’ he sang on Forrest Gump, the album’s most overt exploration of Frank’s sexuality. ‘You're so buff and so strong, I'm nervous, Forrest’, he continued. Then there’s the self-deprecation on , a song that sees Frank battle the demons of unrequited same-sex love in the back of a cab. ‘Taxi driver, I swear I've got three lives / Balanced on my head like steak knives / I can't tell you the truth about my disguise / I can't trust no one.’ He sings, ‘I can never make him love me.’

Like his open letter in July 2012, Frank Ocean’s Channel Orange was perfectly undefinable. Flirting with soul, funk and electronic styles without ever turning its back on R&B. It was also a masterclass in songwriting, with each composition showcasing a flair for honesty and vulnerability. The kind of which you’ll only come across every so often in a generation. But above all it was uniquely accessible. Refusing to be marginalised as niche or specialist. An album that didn’t need to stand in the shadow of his sexuality. A project so universal and undeniable that it couldn’t be side-lined as an album ‘for the gays.’

'Frank Ocean’s Channel Orange is an example of what can happen when artists and songwriters are set free.'

Now make no mistake, queer artists have every right to be as loud and proud as we desire when it comes to grand declarations of love or bold proclamations of gender expression. We can choose to stand out in all our rainbow-clad glory if we choose to. But there was an immense power in how understated Channel Orange was as a seminal work of art that spoke to the LGBTQ+ experience. It was subtle, poetic. A project that allowed sexuality to be incidental. An album that reminded the industry that queer artists need not be dressed in a technicolour dreamcoat of sexual nonconformity but can instead exist simply, unembellished and unannounced, side-by-side with their straight cis-gender peers. Proof that simply existing unapologetically is, at times, as radical as we need to be.

And what we saw in the years that followed was unprecedented in black music. A wave of LGBTQ+ artists being ‘out’ and thriving without bounds. Artists like Janelle Monae, ILoveMakonnen, Young MA, Tyler the Creator, Kehlani, Angel Haze, MNEK and one of the most talked-about-popstars on the planet, Lil Nas X.

Frank Ocean’s Channel Orange is an example of what can happen when artists and songwriters are set free. A historic moment that demonstrated the boundless possibilities that exist on the other side of our expectations, boxes and labels. In an industry that insists on categorising artists based on genre, race, demographic or song-tempo, Frank reminded us of the power in fluidity. ‘I feel like a free man,’ is how Frank Ocean ended his now infamous Tumblr post in 2012, ‘if I listen closely I can hear the sky falling too.’