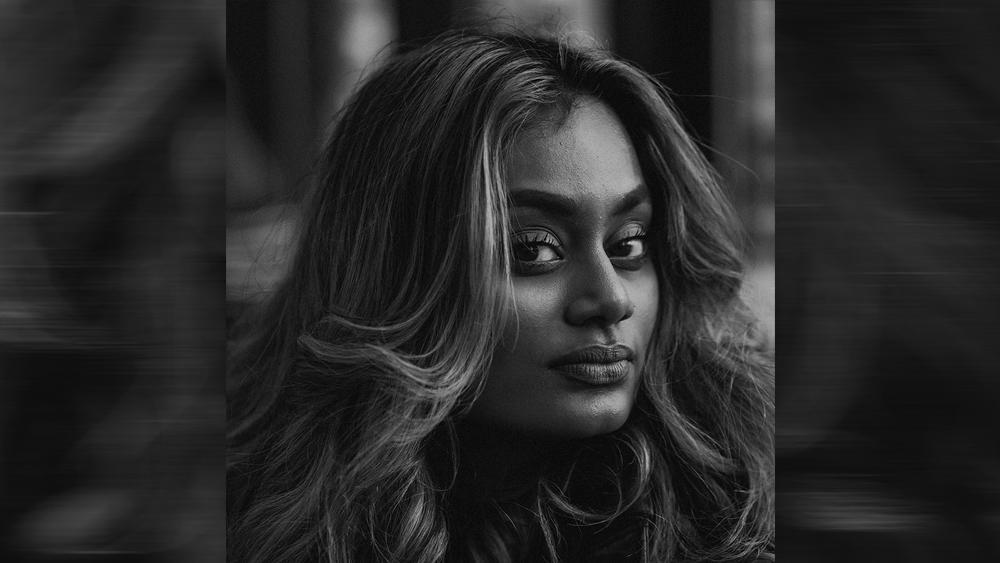 Hear: Her: Celebrate the unifying force of being Asian and female in music

In the run up to Asian Tones’ Hear:Her event at XOYO on International Women’s Day (8 March), Malvika Padin speaks to organiser Anna Hazarika and her carefully selected line-up about Asian representation in the industry.

To be British-Asian in life and music often means having to contend with two unique facets of your own identity, and developing relationships with both of these equally important halves of who you are.

Add to this, the natural fragmentation which sees Asian diasporas split into contained units of South Asia, East Asia, South East Asia and so on means fewer instances of seeing yourself represented in music.

‘I always sort of accepted that music was going to be mainly white but seeing Joy Crookes in a lehenga at the Brits — so proud to highlight that side of her identity — made me realise the sort of representation I didn't have growing up,’ says Anna Hazarika, who runs Instagram page Asian Tones.

The page, which was started last March as a way for Hazarika — of Assamese descent — to find people with a similar background to her in music, has quickly developed as a catalyst for music event Hear: Her, which is all set to feature a British-Asian female line-up in honour of International Women’s Day on 8 March.

Only one year on from its inception, Asian Tones comes together with CrazyBritAsian, who works to highlight South East/East Asian talent to showcase the talents of six women from different backgrounds, resulting in a variety of sounds coming together to be celebrated under the umbrella of their Asian identity.

'Events like Hear: Her are key to changing how Asian talent is viewed in the  mainstream.'

Speaking of the importance of such events which unites the Asian diaspora, R&B musician Pritt, who is part of the line-up says, ‘Asia is huge and there are so many groups involved so I understand it’s a lot to understand but learning is a part of life, and these kinds of events eradicate ignorance!’

The British-Tamil talent delves into the intricacies of this ignorance, which comes from the outside, ‘I went to a shoot the other day where I was identified as Indian because they didn’t know what Tamil was. It’s a slap in the face.’ But the feeling of leading a double life is not something that escapes Pritt. ‘My mum always tells me I’m stuck between two societies and I need to be careful on what I say and do,’ she explains, ‘Tamil women get criticised in Western society and Tamil society.’

The way around this internal fragmentation as Chinese-Singaporean singer Lila reflects might be understanding that, 'I don't identify as one or the other, I identify as both.' She expands on this, saying, 'Growing up there was definitely more of a narrative of wanting to assimilate and rejecting what made me different. I've had to actively unlearn these harmful thoughts and learnt to love and accept my East Asian side.'

Indian musician, keydot — performing original music for the first time at the Hear:Her event — reveals another struggle faced by talent in South Asia, where the viability of music as a career as a minority is called into question. The rising talent tells me that she ‘didn’t believe that being an artist was a viable career as it’s not the typical route taken in Indian culture,’ but she’s hopeful that things are changing, and recognises a ‘shift in the understanding and appreciation for ethnic minorities in music.’

Events like Hear: Her are key to changing how Asian talent is viewed in the  mainstream. The need for these events as well as platforms like Asian Tones is best described by Malaysian R&B/soul act Kaisha. She explains, ‘Growing up, there wasn’t really an Asian artist that I could look up to or take influence. Visibility is so important in showing that we exist, that these spaces are not just being occupied by white people. I think one way we can help achieve that is to support creatives in the Asian community by putting on more events like these that celebrate our roots.’

'In addition to being a celebration of diversity in music — and by extension in society — these events are also an opportunity to build community within the cutthroat music industry.'

In addition to being a celebration of diversity in music — and by extension in society — these events are also an opportunity to build community within the cutthroat music industry. keydot says, ‘Hopefully showcasing talent from these ethnic groups will inspire people more and become frequent enough that they’re no longer the anomaly.’

While most artists on the line-up, and beyond, feel torn between their identities as well as their place in music, Burmese pop/R&B talent Lucy Tun offers a new perspective, which drives home how varied the experience of the Asian diaspora in music can truly be. On whether she ever felt torn between her cultures, she says though she may have felt ‘alienated from both cultural communities at one point or another,’ she doesn’t overthink it in terms of her music anymore. Lucy explains, ‘It took me a while to realise that the role of labelling your identity and art is for your audience, not yours.’

Echoing that sentiment is Japanese neo-soul act Saina, who stresses that racial identity is something she hasn’t personally struggled with. She says, ‘I’ve never really felt torn between my English and Japanese roots, in fact one enhances the other.’

However, for Saina, the cultural implication and confines of being Japanese woman is much stronger. In light of this year’s International Women’s Day theme, #BreakTheBias, her hope that we give Asian women the chance to breakdown stereotypes is an undeniably important aspect of being female and Asian.

'Asian Tones is proof of the power that female, Asian talent hold if they put aside internal contradictions and external differentiation.'

Saina explains, ‘In Japanese culture, I feel that women are often perceived as submissive, polite, a figure of beauty and often find themselves sexually objectified. I think women from all cultures should be heard and encouraged to share their opinion and point of view. ‘Having women from different Asian cultures participate in the music industry, we give them and their fans a voice to help break down prejudices,’ she adds.

This also happens to be Hazarika’s goal for Asian Tones as she shares her hopes to make it a page that aspiring Asian talent can use as motivation to pursue their own musical dreams. Her work to bring the fragments of Asia together and open it up to the mainstream audiences is only at a fledgling level, but her dreams her big – yet completely plausible.

Looking ahead, she says, ‘The hope is that this is the first of many shows I can do for the industry. I also hope to hold a small UK festival highlighting Asian talent, similar to Head in the Clouds in the US and Desi Fest in Canada.’

From a personal project seeking representation of her own identity, Asian Tones is proof of the power that female, Asian talent hold if they put aside internal contradictions and external differentiation, instead uniting as one uplifting, diverse musical and cultural force.

Hear:Her will take place on Tuesday, 8 March at XOYO. Tickets can be purchased for £10 ahead of the event or for £12.50 on the door.