A classically trained violinist, Chris Mann began his career writing music for independent films, but jokes that the lure of actually getting paid took him elsewhere. his big break in games came when one of his local Sheffield-based developers was making a sequel to the cult title Independence War.

A classically trained violinist, Chris Mann began his career writing music for independent films, but jokes that the lure of actually getting paid took him elsewhere. his big break in games came when one of his local Sheffield-based developers was making a sequel to the cult title Independence War. Mann received a BAFTA nomination for that project, but he stresses that the investment in soft-, firm-, middle- and hardware needed to work with developers means working in the games business cannot be done on a whim. ‘middleware tools such as Wwise and FMOD,which are unique to game audio, are important elements to consider installing in the studio,’ says Mann. ‘You need to invest time in learning how game audio is implemented and use facilities that can handle things like surround mixing.’ 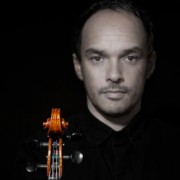 And although the rewards for scoring games can be lucrative, there are drawbacks that are unique to the interactive entertainment business. composer Daniel Pemberton says: ‘Games companies take a very corporate mentality to things: they want to own everything and I know a lot of big composers who simply won’t do games because they have this perception that there is no respect or loyalty for their music beyond the game. if the gaming industry wants to attract the best people, it needs to re-examine how it deals with music and composers. I was nominated for a BAFTA, but the chief executive of Sony was named on the shortlist rather than me. I managed to have that changed but people were very surprised I was able to do that.’

Mann points out another pitfall. ‘Over the last 13 years, probably 90% of the clients I’ve worked for have gone out of business, so you have to have your business head on or you’ll get burned,’ he warns. ‘The games industry works in milestones and I try to fit in with those milestones so that I’m paid almost on a regular salaried basis.’

Ben cullum, brother of recording star Jamie, has found fame through writing some of his sibling’s best known hits, but he started his career working as an in-house composer for Rare Ltd., which made titles for Nintendo. ‘It was a 9-5 salaried job, which I suppose is a bit unusual,’ he recalls. ‘It was fairly lucrative and you could make good bonuses if a game sold well, so I remember working on things like Mickey’s Speedway USA for the Nintendo 64 and Star Fox Adventures for the Gamecube.’

Bonuses are one thing, but unlike other entertainment sectors, the games business does not offer authors royalties, preferring a flat fee for the work. unlike other composing jobs, Cullum tells M, ‘In gaming you get a specific brief and deadline, so it’s a different discipline entirely. it’s hugely enjoyable, using music and in some cases speech to help bring the game alive. A real turning point was when the games industry started using DVD as a format. There wasn’t much memory available for music before that, but now you can do proper scores and use full orchestras to record your music.’

Indeed, the budgets for computer games can be staggering. Audio director and consultant John Broomhall leads teams of orchestrators, composers and technicians on games projects. ‘Budgets to develop triple-A action-adventure games can be in the order of $20-30m so it’s not unheard of to have a budget of $1m-plus for the entire audio – sound design, dialogue, original score, and licensed tracks,’ says Broomhall. ‘Some large companies take the view that if a big console game isn’t capable of selling at least three or four million copies, then it’s not worth making.’