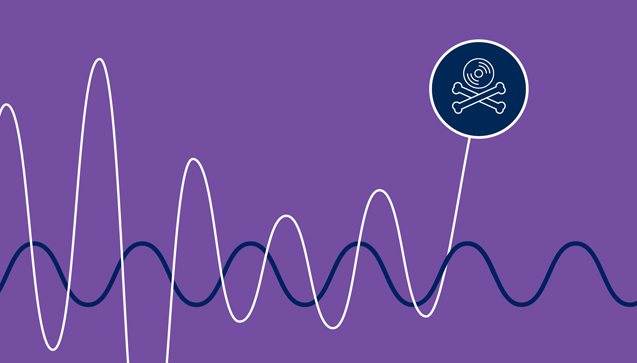 Research has shown that the latest trend in music piracy is stream-ripping - but what is it, and how could it affect you?

Research has shown that the latest trend in music piracy is stream-ripping - but what is it, and how could it affect you?

Essentially, stream-ripping enables people to ‘rip’ their favourite music via streaming platforms and keep the files on their computer. The practice is fuelled by websites and programmes that allow users to turn a track they play via a service such as Spotify or YouTube into a downloadable file they can keep permanently.

There are a growing number of options for users looking to stream-rip music, but the landscape is mainly dominated by a few services which are responsible for a disproportionately high volume of this type of piracy. These include the site convert2mp3.com, plus the apps YouTube Downloader and Tubemate.

Unfortunately, when a track is stream-ripped, the artist, songwriter, composer, publisher, producer and record company behind it are denied the royalties they deserve. Although individual streams aren’t worth a great deal, repeat listens allow the pennies to add up: the problem is, stream-ripping means the perpetrator needs never hit replay on a lawful licensed service.

‘Stream-ripping is one of the biggest growing threats to the online marketplace,’ confirms Sharan Ghuman, who manages PRS for Music’s Anti-Piracy Unit. ‘Its availability across a range of services has accelerated its usage and popularity for both occasional and persistent downloaders.’

The apps source and download content from licensed services and deliver it straight to the user, while stream-ripping plug-ins offer browser-level functionality allowing you to rip streamed content directly. Stream-ripping software operates in much the same way.

However, the most popular methods of stream-ripping are via bespoke streaming and download sites, which curate music for the listener, while offering a button to rip the content directly.

Although the majority of traffic comes from direct access to these services, search engines deliver a significant proportion of traffic to stream-ripping sites.

A recent report, commissioned by PRS for Music in collaboration with the Intellectual Property Office (IPO), found stream-ripping is the fastest growing form of illegal music piracy, increasing by 141.3 percent between 2014 and 2016.

The research, commissioned independently from INCOPRO and Kantar Media, found that YouTube was the most popular source of content for these sites, used by 75 of the 80 stream-ripping services surveyed. SoundCloud, Spotify and Deezer were among other popular licensed platforms most targeted.

Of those surveyed, apps were identified as the most common type of stream-ripping service in terms of both awareness, 11 percent, and use, 54 percent.

The main reasons they gave for stream-ripping were; the music was already owned in another format (31 percent), they wanted to listen to music offline (26 percent) and on the move (25 percent). Being unable to afford legal downloads (21 percent) and their perceived over-pricing were the next most common responses.


This week, YouTube-MP3, the world’s leading YouTube ripping site, was shut down after a legal battle with rightsholders, represented by the BPI, RIAA and IFPI.

Commenting on the action,  Geoff Taylor, chief executive at the BPI, said yesterday (Thursday): 'This illegal site wasn’t just ripping streams, it was ripping off artists. Most fans understand that buying or streaming music legally is fair to the artists they love and allows labels to nurture the next generation of talent. Music stands on the cusp of an exciting future in the streaming age, but only if we take resolute action against illegal businesses that try to siphon away its value.

'The firm action we have taken, led by our General Counsel Kiaron Whitehead and our Content Protection team, has made an impact in the UK, and we are determined to take further action as necessary against other stream ripping sites to protect the rights of musicians and labels.'

This landmark case certainly sets the music industry's future agenda on this issue, with other organisations also working to put pressure on stream-ripping services.

PRS for Music’s Member Anti-Piracy System (MAPS) has located seven million infringing URLs and removed over 80 percent of reported links since its inception in 2016 – some of which include stream-ripping and download sites. It has also forced 220 illegal websites to cease operating completely.

The key focus for both PRS for Music and the IPO going forward is their follow-the-money enforcement strategy, and the City of London Police’s Intellectual Property Crime Unit’s (PIPCU) subsequent Operation Creative initiative.

The follow-the-money approach is a way of indirectly curtailing pirate sites by squeezing the way they are funded. The rationale is that by cutting the source of revenue for these sites, the opportunity for people to profit from them is greatly reduced. Without advertising revenue, or payment processing services, such sites become commercially unviable.

The strategy has been endorsed by Intellectual Property political advisors within the government, and the new Operation Creative scheme involves close collaboration with the music industry to consider if new legislation is necessary to stop businesses advertising on infringing sites.