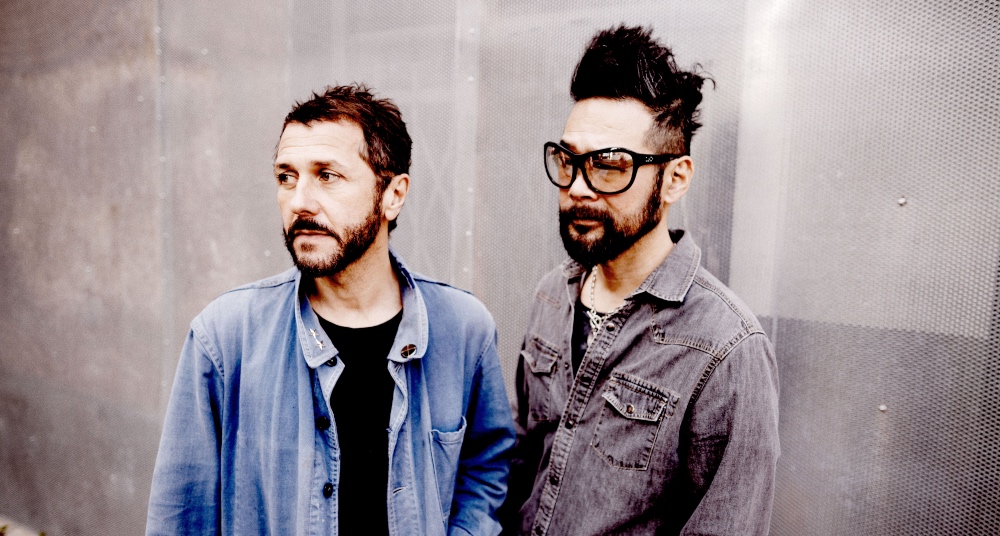 Feeder: ‘We’re not here to prove any points’

In the run up to the release of their forthcoming album, Torpedo, M Magazine spoke to Feeder’s Grant Nicholas about the new record and the refusal to coast on former glories.

Such is the excitement and energy that pours out of Feeder frontman Grant Nicholas during our chat, if you didn’t know better you could be forgiven for thinking that this is the Welsh rockers’ debut or long-awaited return after a hiatus. But far from it. Torpedo, their eleventh studio album, might be coming at a point in most bands’ careers when autopilot has been firmly engaged and lucrative Greatest Hits tours are permanently on the go. But for Feeder, they still seem to be running as if the devil was at their heels, in a rush to explore the new and exciting instead of the old and comfortable.

The record itself came to life at a time when all of the momentum from Tallulah, a record that hit chart heights not seen by the band for over a decade, juddered to an emergency halt due to the pandemic and lockdowns that followed. The second half of the Tallulah tour was pulled of course, and with Grant and Taka Hirose, the duo at the heart of the band, locked down at opposite ends of the country, the brakes were firmly put back on. Writing for a follow-up had already been well and truly begun, but that too was put on pause while Grant worked out what the next steps would be — if there ever would be a next step for a touring band in a time where tours had been swept suddenly off the table. A long period of ‘cleaning out the garden shed,’ as he describes it, followed before he sat back down to write. ‘After eight long weeks of getting back into it,’ he says, ‘the songs literally were pouring out of me.’ With the new age of modern technology allowing Grant and Taka to record remotely, the problem was having too many songs if anything — at one point, a double album was mooted as a possibility as well as having a Swim-style mini-album was also considered. But slowly, the new recordings took precedence and Torpedo is the result — the older recordings put to one side for now, replaced by a record written during a pandemic (though firmly not a pandemic record) and set for release in a post-lockdown healing phase.

‘I just love what we do with Feeder. We do our thing and people either like it or they don’t.’

The record itself seems to mirror that progression — a first half built on storms of fire and frustration borne from not being able to play live, transitioning into a softer phase as it plays on. It’s classic Feeder in many ways, a band who have always captured that sense of finding hope out of dark times — both in their songs, and in their own lives. For Grant, someone who doesn’t like to provide too much context to his songs so as to let others imprint their own visions on them, it is a record that marks a specific moment in time. ‘Some of the lyrics definitely touch on some dark moments,’ he explains, ‘just with general mental well-being and health, as well as loss and frustration. All the things that we’ve all been dealing with over the last few years.’ The opening track, The Healing, is a classic Feeder anthem about the need for people to come together. Written in part about climate change and these early days of ‘living with COVID,’ it couldn’t be better timed in light of what is, at the time of our chat, only just beginning to happen in Ukraine. ‘When you see that you’re thinking, what is going on with the world?’ Grant says with the same air of sadness and frustration that we all have. The record also touches on life for a band that are now in a very different world and music scene to the one they first emerged into during the mid-90s. ‘Social media can be a great thing, and it can also be an absolute nightmare,’ he states. ‘Everyone has an opinion, and everyone’s a critic now. Whether it’s about what’s happening in the world, or whether it’s right or wrong to have a jab, or whether they like the song you’ve written… everyone has a view and that is tricky sometimes for people in all walks of life, even kids.’

We chat about how different it was back in their early days. ‘Oh, the things that went on then that you couldn’t do now,’ he says with a laugh. ‘It would be career-ending now, but it was certainly a rock and roll time.’ One track on Torpedo goes even further back than that however, the gorgeous Hide And Seek, a track that ends the riotous first half before a more reflective side two. It is perhaps the most obviously ‘written in a lockdown’ track. ‘I suppose everyone was thinking about it then,’ he explains, ‘missing their families, and getting little flashbacks to when you were a kid. For me, whenever I go back to Cheshire I always have to go past the street where my grandparents used to live. I missed the house that my father grew up in and I have to go past every time.” It’s a sweet song packed full of nostalgia I say to him. ‘There’s a little bit of a child in all of us and that never goes away,’ he says softly in a rare moment of explaining the origins of a song.

Since Feeder first broke into the mainstream, they’ve somehow always flown slightly under the radar. Even at the time of Buck Rogers, perhaps their first big radio breakthrough hit, nobody knew quite where to place them. Grant has fairly ambivalent views on whether this helped them or not. ‘Press always used to love to label every band,’ he says. ‘People still do it now, and I do too. We were always the British Smashing Pumpkins, but they were one of the biggest bands in the world and we were this little British band. But yeah, maybe the fact that we haven’t been in peoples’ faces too much has been a good thing. But there’s also this frustration where you sometimes see fans going “Oh, they’re really underrated.” I don’t know what that means really?’ Not that he’d have it any other way than how they’ve done it. ‘I’d be lying if I said I think that some of our records with a bit more behind them couldn’t have reached bigger audiences but that’s life,’ he smiles. ‘We’ve always been on smaller labels and it’s great. It’s given us a lot more freedom. And we’re still doing it after thirty years. Sometimes you can have huge success and be under massive pressure, and it’s very hard to maintain that.’ Perhaps it’s that sense of freedom and reluctance to fit a trend that has allowed Feeder to stand the test of time. ‘We’re not here to prove any points,’ Grant says. ‘I just love what we do with Feeder. We do our thing and people either like it or they don’t. I suppose we’re flying the flag for the last of whatever we are, I always used to call us a heavy metal pop band.’

‘I still feel as though I’m going to write better songs than what I did on some of those [older] records.’

The balance of people who like what Feeder are still doing compared to those who don’t are greatly weighed towards the former of course — a fact that means that they can keep pushing forwards. ‘Some bands of our age or era that are still going are just living off what they’ve done,’ he says at one point, ‘I’m not knocking that, but I just can’t do that. I still feel as though I’m going to write better songs than what I did on some of those [older] records. I think I’m writing songs now that would have done really well if I’d written them back in the ‘90s. But we aren’t living off past glories here.’

Admitting a sense of nerves around their impending return to live action, it’s clear that the fire and passion that burned brightly in Feeder’s early days is still present now. At one point, Grant picks up the old acoustic that the vast majority of their songs were first written on and begins to strum famous song chords that have been blasted across the airwaves for decades. His giddiness at having new music to play on the road is infectious, as he waves away the fact that our allotted interview time is up. Chattering animatedly at length about whether he will ever record another solo album again (‘Probably’ is the short answer) or the new Feeder music that he’s already prepped for a potential mini-release in between what he is hoping to be a short turnaround for the album number twelve, it’s clear that he will never stop looking for what’s next and that rush to carry on, thirty years in, is showing no signs of slowing down.

Torpedo is out now.