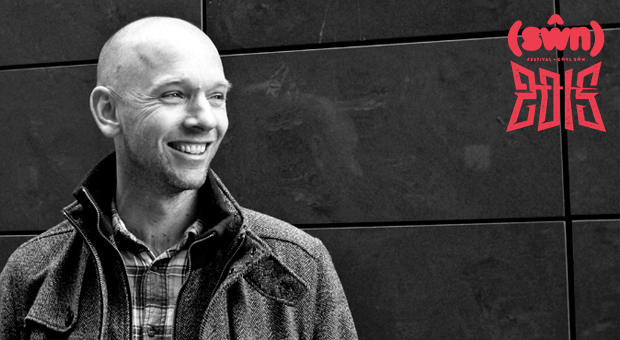 Festival co-founder John Rostron tells us who he’s most excited about seeing and reveals what’s in his Swn survival kit.

This weekend marks the return of the iconic Welsh knees-up Swn Festival.

What tentatively began in 2007 as one of the UK’s first inner city festivals has since blossomed into a national beacon for both new Welsh music and upcoming indie acts from around Britain.

This year’s edition launches today and runs until Sunday 8 November, spanning scores of venues across Cardiff and boasting 100 acts.

With a slew of box fresh artists you’ve probably never heard of, we hook up with the festival’s co-founder John Rostron to find out who he’s most excited about seeing and learn what’s in his Swn survival kit…

What’s Swn Festival all about?
When we started in 2007 we just wanted something good to happen in Cardiff and for it to last. At that point we didn’t really realise there weren’t any other inner city festivals, apart from Camden Crawl. So when Swn started it really had an impact and attracted a lot of people to Cardiff.

We wanted to showcase Welsh acts and encourage people to take in interest in Welsh acts. A big chunk of our line-up is Welsh.

As time has moved on, there are inner city festivals across the UK so now it’s much more about providing a really great event for Cardiff and for Wales. It’s much less about thinking about bringing people in from elsewhere because quite often they will have their own festivals in their own cities. When we are trying to bring people in; it’s decision-makers, music industry people who are going to come in and discover acts. It’s become more about that in the last couple of years.

What makes the festival so unique?
It’s unique in as much as it’s still the only festival in Cardiff, which is quite surprising. We thought it would spark other people off. There certainly isn’t anything else like it in Wales, but it’s also special because we work with local promoters and independent venues. There are no chains in Cardiff, just lots of independent technicians and all of that. Everyone gets involved and works together.

Give us three essential things we should know about Swn Festival…
Well, you need to know that ‘Swn’ is pronounced ‘soon’ and that it’s Welsh for sound. You’ve all learned a Welsh word!

Secondly, you a probably not going to know lots of the bands on the line-up – and that’s the point. We don’t want you to look at it and think, ‘oh no! I don’t know anyone’. The point is you want to go because you don’t know the bands.

And thirdly, even if you live in Cardiff, we’ll always take you to a place you haven’t been to before. Each year, we like to pick a space that doesn’t normally do live music and do it well. It’s great to turn landlords on to music and let them see it can be a wonderful, friendly thing. We’ve got a good track record of those people going on to programme music after the festival stops.

Who from this year’s line-up should we be keeping an eye on?
It’s a wonderful feeling when acts go on to do big things and you got to see them in a small bar when they were on the up. There are a few acts that feel like they could go that way. I think Clean Cut Kid are fun, have great songs and enough of an audience that have come to love them.

We’ve had Catfish and the Bottlemen and Wolf Alice come through, and I think Vant are this year’s great rock ‘n’ roll band.

But I’m also excited by this young girl called Kaycee. She’s only got two songs and she’s going to play for 10 minutes, singing over a CD. We’re putting her on because she’s got a great voice and she’s already written two wonderful songs.

What’s in your Swn survival kit?
Food! For the first few years I forgot to eat. I stuff my pockets with fruit and jelly babies and chocolate to make sure I’m eating something as I go.

How do acts get to play the festival next year?
We handpick all of the bands. There are no competitions, no paid-for slots. We choose the acts because we think they’re great.

Generally, people send us emails with links to their music and I do my best to listen to as much as I can. We get thousands of emails but they all go into a file and I’ll try to listen to them.

We also find new music in all the usual ways. I listen to the radio a lot, and I go to a lot of gigs and festivals. We’re a live event so we’re booking people on the strength of their live sets.

http://swnfest.com/
Features
Back to top