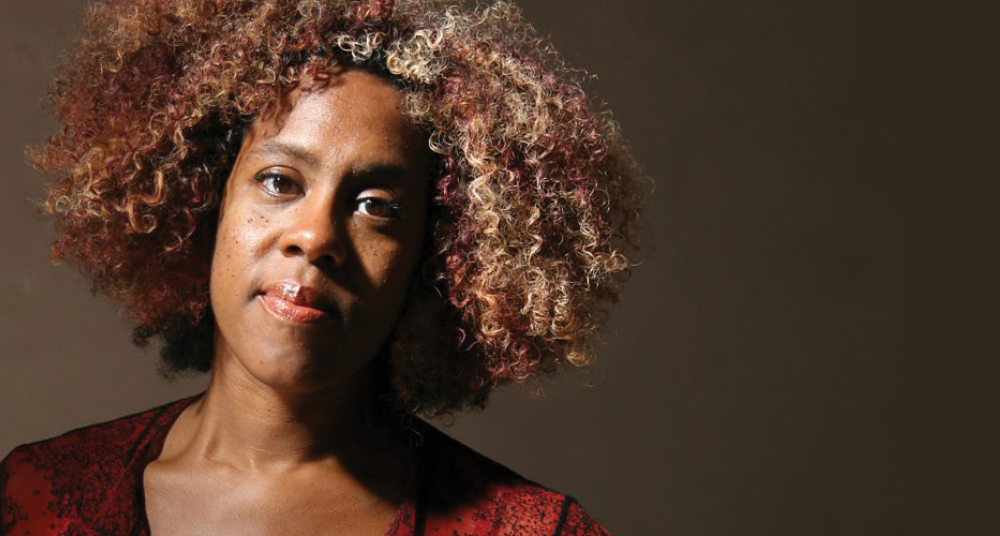 Errollyn Wallen: 'I feel it is my duty as a composer to be as wide ranging as possible.'

Errollyn Wallen is beyond prolific. A versatile composer, Errollyn has written a vast number of orchestral and chamber works, as well as vocal works and 22 operas. She was the first Black woman to be featured at the BBC Proms, and has composed for major events including the Paralympic Games and two of the Queen’s Jubilees. And still she keeps looking to roam wider, to push the boundaries of her work and its place in the world.

‘Personally, I feel it is my duty as a composer to be a wide-ranging as possible and to continue to extend both my compositional technique and my understanding of the world,’ she says.

As her incredible output might suggest, Errollyn keeps up a consistent momentum of writing and releasing works, one piece being chased by another hot on its heels. ‘I’m always composing, composing,’ she says. ‘Sometimes several works at once. I have just finished a piano concerto to be premiered by Rebeca Omordia on 4 November at Royal Birmingham Conservatoire. I am so excited to hear that. A Magnificat and Nunc dimittis for Westminster Abbey later in November will also be a highlight.’

‘I was simply asked by the Proms, who relayed that Claire Barnett-Jones had asked that I be commissioned to compose a song to end the programme of her recital,’ she says. It was something Errollyn had ‘wanted to do for ages.’

‘I was so chuffed that Claire asked me to specially compose for her voice,’ she says. The assignment gave her the opportunity to explore Claire’s vocal textures, seeking to unveil her range and the possibilities within it. ‘Lady Super Spy Adventurer attempts to reveal the many colours and expressions of her magnificent voice,’ Errollyn adds.

‘We all have a fascination with superheroes and I wanted to fabricate my own character who has a combination of real-life do-gooding (helping children cross the road, darning her own socks…) with larger-than-life attributes in vanquishing baddies.'

‘We all have a fascination with superheroes and I wanted to fabricate my own character who has a combination of real-life do-gooding (helping children cross the road, darning her own socks…) with larger-than-life attributes in vanquishing baddies,’ she says.

The writing process came together piece by piece, in a sort of collage of imagery and narrative. ‘It rather felt like doing a jigsaw puzzle,’ Errollyn says. ‘I had snippets of places and people in my imagination and bit by bit, the story and characters revealed themselves in words and music.’

‘It is such a huge honour to have been part of the Proms — arguably, the greatest international music festival in the world. To see it back this year in full force after the grim days of the pandemic has been wonderful.'

The story revolves around ideas of justice, of course, but there is also a comedic element to the composition, and a light-hearted touch. ‘The themes of justice and fighting for good are right there in Lady Super Spy Adventurer. Central to the song is the idea of resilience and fortitude — spiked through with humour and karate kicks,’ Errollyn says.

For many of us, resilience was the watchword of the last couple of years. It has been difficult to outlast the difficulties, particularly within the creative sector which has been plagued by such uncertainty, but which gave so many people joy in an otherwise horrifying time. The BBC Proms, for example, adapted as best it could to the times, and Errollyn feels gratified to have been a part of the show during the pandemic, and again as the some semblance of normality returned.

‘It is such a huge honour to have been part of the Proms — arguably, the greatest international music festival in the world,’ she says. ‘To see it back this year in full force after the grim days of the pandemic has been wonderful. To have played a part in that difficult year 2020 when my arrangement of Jerusalem - Jerusalem : our clouded hills - was performed in an empty Albert Hall, is something I will never forget. The effort of the BBC Proms team to keep the show on the road was immense.’

After several such heavy years, it seems Errollyn is eager to embrace hopeful, uplifting topics in her work. ‘I’m very interested in joy right now,’ she says. ‘A forthcoming song cycle for Erin Wagner at Carnegie Hall will be entitled just that — JOY.’

And will she return to the world of Lady Super Spy Adventurer, of which we have so far seen only a glimpse?

‘Funny you should ask,’ says Errollyn. ‘After hearing the wonderful performance by Claire Barnett-Jones and pianist Simon Lepper, I am already thinking of other adventures for my Lady Super Spy Adventurer!’