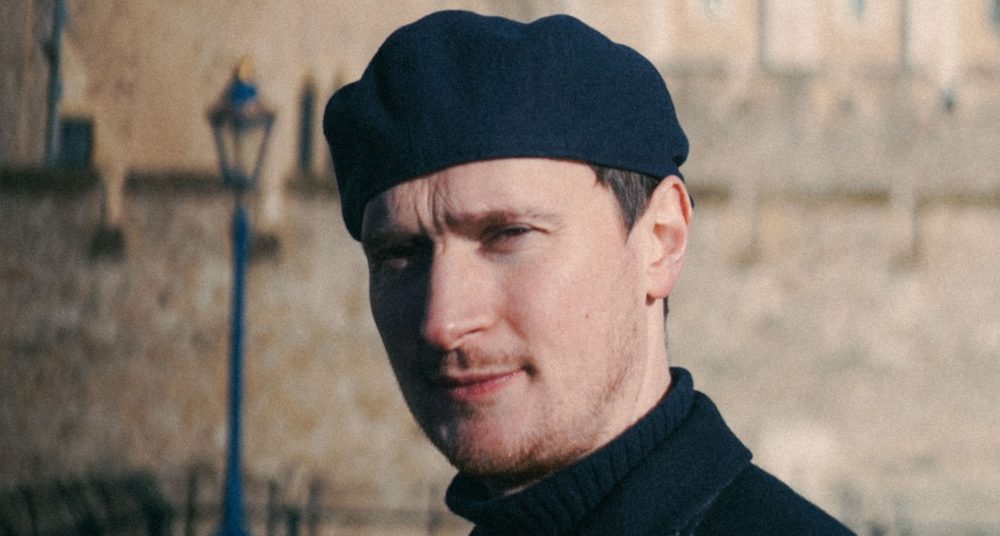 Erland Cooper: ‘That’s the great joy – that Mother Nature will do its thing’

Dubbed ‘nature’s songwriter’ by the Guardian, Scottish contemporary composer Erland Cooper has lived up to his billing by soundtracking the Tower of London’s stunning Superbloom installation to mark Queen Elizabeth II’s 70 years on the throne. M Magazine caught up with him to get the inside story.

At first, she had Erland Cooper’s curiosity. Then she had his attention.

‘I’d just got off stage at a festival and this person had snuck backstage,’ the Orkney-born composer tells M Magazine. ‘She said to me, "I've got a top secret project to talk to you about." And I thought, "Oh aye, this sounds interesting!"’

That ‘top secret project’, Cooper would learn, was Superbloom – the floral transformation of the Tower of London’s moat in celebration of the Queen’s impending Platinum Jubilee. More than 20 million flowers planted in the spring will continuously evolve, changing colours and patterns throughout the summer.

‘I said, "Gosh, it sounds like an impressionist painting",’ enthuses Cooper. ‘And before I'd finished my sentence, she said, "Yes, like a Monet… Would you score it?" And I said, "It would be a great pleasure." She said, "There's only one issue: it has to please everybody. Oh, and the Queen as well."

‘I replied, "Well, pleasing everybody is an impossible task. But I'll start writing next week."'

Commissioned by Historic Royal Palaces (HRP) to provide the accompanying ambient soundscape, which will be played continuously at the installation, the Scot knuckled down in the confines of his appropriately verdant studio near Hoxton last winter.

‘It’s like the Barbican Conservatory; it's full of plants that have seemed to have become my plant babies throughout this process,’ he grins. ‘I like to think I've been collaborating with them and they've been telling me, ‘You're going in the right direction, kiddo.’’

'I thought I'd like to make music that feels naturally conducive to a growing environment.'

The fruit of his labours is the extraordinary soundtrack Music For Growing Flowers, which dropped as a four-track EP on the 1st of June. Four additional tracks will follow on the 29th of August, completing an eight-track mini album.

It's a record of two sides,’ explains Cooper. ‘Side A is a 20-minute, continuous score over four movements, then it repeats, and that's what you'll get when you go to the moat. And then Side B is variations of a theme, which is quite normal in classical work.

A field that I plough for inspiration is the natural world and thematically it fit quite neatly. I thought I'd like to make music that feels naturally conducive to a growing environment. Funnily enough, if you went down into the moat four weeks before the event, it was barren and everybody was biting their nails. But that’s the great joy – that Mother Nature will do its thing. It's a true collaboration with the outside world, and that's the point.

Writing makes no sense really, it's all about editing. If you look at composition as 100% of something, 80% doesn't get used and the 20% that's left is the essence of the piece. Never be afraid to be your own ruthless editor.

A founding member of Erland and the Carnival and The Magnetic North with ex-The Verve and Blur man Simon Tong, Cooper has traditionally valued quality over quantity when it comes to winning friends and influencing people.

'I started in psychedelic folk rock bands and I didn't have many fans, but one of my fans was Paul Weller,' recalls Cooper. 'He took me on tour and we played the Royal Albert Hall, Times Square and the Apollo in Harlem.'

'A decade later, I'm writing a few songs with him for his record and we collaborate occasionally. He's got more enthusiasm, energy and curiosity at his ripe young age of 60-something than half the young folk I know. It's a great joy.'

'Collaboration, to me, is working really hard on your own and then leaving a little bit left over for that little bit of magic to walk in the door.'

He reflects: 'Collaborating doesn't have to mean being in a room together constantly. Collaboration, to me, is working really hard on your own and then leaving a little bit left over for that little bit of magic to walk in the door. Always leave the door ajar for something unexpected to happen, normally just before you're about to finish the mix.'

Cooper has put out three solo albums to date and - in a brilliant artistic gesture - planted his most recent LP, Carves the Runes Then Be Content With Silence, near his childhood home in Orkney. With the digital files permanently deleted, Cooper will not unearth the only physical copy until 2024, but has left a trail for anyone wishing to find it before then.

The Guardian called me 'nature's songwriter', which I though was quite a statement. But then I thought, how can I truly collaborate with the outside world? So I wrote this concerto that was my first fully classical work and recorded it at the RCS in Glasgow.

At the end, put the mix onto a tape then deleted the digital file, so it only existed on one tape. I got in the car in London and drove to Orkney - I even put the seatbelt around the tape - dug a hole in a secret spot and planted the tape into the soil. The idea being that I would go back in 2024 and unearth it and then release it exactly as it sounds. I thought, "That's writing in nature."'

'I've just hung a painting that I commissioned outside in Orkney until 2024 to let the elements collaborate with the painting itself, and I think it will become the inner artwork of the record.'

'I got in the car in London and drove to Orkney - I even put the seatbelt around the tape - dug a hole in a secret spot and planted the tape into the soil.'

'Here's a record label that have not heard a single note of a concerto that's gone in the ground for three years, and they sign this strange, tall chap from Scotland with a dodgy hat. I think it says an awful lot for their sense of curiosity and commitment,' he deadpans.

'I've met some kindred spirits in the team and I'm enjoying the process. Having been on independent labels. Now being with a major, the important thing for me is that we have good conversations and work together well, and that seems to be happening.'

Named after a rare botanical phenomenon where favourable weather patterns coincide and activate dormant seeds, Superbloom will be open to the public until September 18, with extended evening opening in July and August. Notably, the project will see a space that was dug and filled with water in the 13th century to keep people out of the Tower of London welcome visitors in for the first time.

'A space designed to keep people out is now becoming a welcoming embrace,' beams Cooper. 'I see it as one part celebration and one part remembrance for a landmark moment.'

And while his efforts have already been well received by HRP, the bigger question remains: has Her Majesty given Music For Growing Flowers the royal seal of approval?

'I got a phone call this morning from somebody who sounded just like the Queen,' teases Cooper. 'And it was my mother - and that will do for me.'