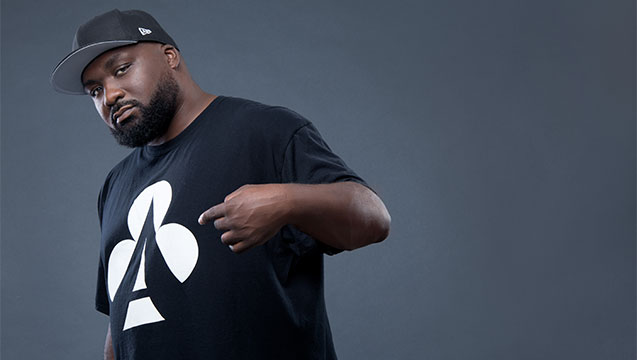 BBC Radio 1Xtra selector and urban tastemaking supremo DJ Ace shares the new RnB artists he’s most excited about for 2018, with Emmavie, Lottie Jade, The Katanas and Bxrber and more...

For our latest playlist, we ask BBC Radio 1Xtra selector and RnB tastemaking supremo DJ Ace to share the new artists he’s most excited about for 2018.

Taking over from the legendary Trevor Nelson earlier this year, his radio show hosts the best in new UK urban, delivering many artists direct via the Live Lounge.

He also provides a platform for the best international hip-hop, Afrobeat and RnB, spinning and hosting everyone from Migos and Snoop Dogg to homegrown grime talent J Hus and Lethal Bizzle.

Now helming his very own RnB destination TheRecordBox.co.uk, and curating influential takeovers on Spotify, he’s fast becoming one of the UK’s most trusted tastemakers.

Here’s who he’ll be tipping come the New Year….

Kara Marni
This 19-year-old singer song writer has an amazing voice. Her song Golden has been getting loads of love on 1Xtra and we’re all excited for a full body of work to come in 2018.

Emmavie
As a singer, songwriter, DJ and producer, there’s not a lot Emmavie can’t do. I have been following her journey and music via Youtube for two years and she’s finally starting to break through via the live music scene. Expect big things in 2018.

Lylo Gold
Her song Over You is one of my favourite UK RnB records of 2017. She has that East London girl from the ends vibe that a lot of people can relate to. Very confident we’ll hear more awesome music from her next year.

Letisha Gordon
0121 stand up! RnB songstress from Birmingham with a super sweet n sexy sound and look. She has a real nineties RnB throwback sound that we all know and miss very much.

Bxrber
North London singer who’s Track Worship got him regular spins on 1Xtra. He’s been putting in work over here and in LA working with some HUGE names I’m not allowed to tell you about, but all will be revealed in 2018. Watch this space…

Jordan King
Young RnB don with a real traditional RnB sound. From vocals to visuals he is truly representing the genre and is definitely someone we should champion in the UK. I have a feeling he’ll have a great 2018.

The Katanas
Twin sisters from Manchester, The Katanas have a sound they are calling cosmic soul. Their EP The Jupiter Chronicles is set for release 2018 and I’m very excited about it.

Lottie Jade
This 18-year-old singer from South London gained close to half million listens on Soundcloud for her song Oh Well. She’s been shutting down the live music circuit this year. Her new single See Yaa is also gaining traction so I’m pretty sure she has a big year ahead.

Tiana Major9
Known for her old school covers, this year Tiana released the track Merry Go, which was a really nice throwback nineties feeling record. She’s got such an amazing voice, I look forward to seeing what she delivers 2018.

Melisa Whiskey
Melisa is one of the most streamed UK RnB artists. Popping up in some of the biggest Spotify playlists, she has a knack for creating those big RnB singalongs. Her song Billin featuring Inch from Section Boyz might be one of my top five UK records of the year. 2018 is looking very good for her.