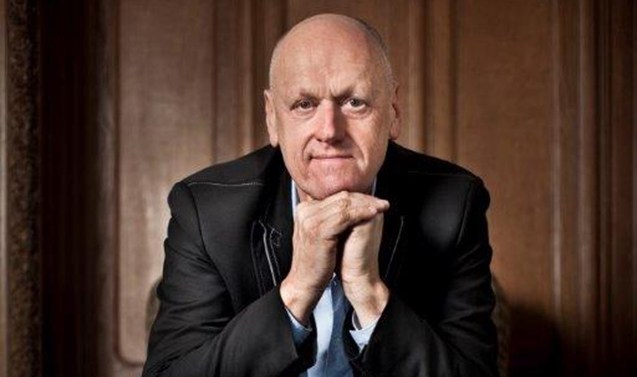 Under the deal, all Imagem’s classical, Broadway and pop/rock catalogues are available for R2G to license to local music services and mobile operators - allowing Imagem to tap into the Chinese market just as major local music services start to pay for publishing rights.

‘In the next five to 10 years China has to be a growing market – so we have to be there,’ de Raaff figures.

Here, we pick his brains to learn how the digital music market is driving demand for overseas repertoire in China. We also get a measure on how royalties are slowing starting to increase for international rightsholders…

Why is China such an important region for international publishers?
If this incredible market becomes willing to pay for copyright, then it can be an enormous growth area for us. I went to China two years ago and paid a visit to its mechanical rights society. Although they increase their revenues a little year on year, it’s still a very tiny business. When you look into these kinds of overseas markets, you see that there hasn’t always been massive incomes from traditional methods – selling records, albums, CDs - and instead consumers are going straight to the online market.

Is there music appetite for international music in the region?
Yes there is. Traditionally, local music has been their main interest. But online, especially mobile, we’re seeing a lot more demand for international repertoire too. I think the timing is right to go there.

You’re also seeing the same pattern in India. It was always a 90/10 market – 90 percent local repertoire, 10 percent international – but you’re starting to see the extension of digital music usage skewing demand to 70/30. It’s the same in China.

How is digital able to deliver decent revenues for Imagem and other overseas rightsholders?
Well, as our music is used on all digital platforms in China, we want to get some money out of this usage. Unfortunately it’s not simple to track where your music is being streamed and work out exactly what you’re going to get. Our deal with R2G means we are at least rest assured that we’re starting to get some money. I expect to see this grow very rapidly in the coming years.

You said in a recent statement that licensing conditions are improving in China – why is this?
Every year in China there’s a big convention where they make new rules for the next five years. Two years ago the convention decided that for the next five years they would concentrate on creating a better environment for copyright and licensing. Now they are really talking about intellectual property. Although it’s all moving very slowly, the intention is there to become a country whereby copyright holders are treated correctly.

Outside the digital market, are there other areas of opportunity?
There’s still money from CDs, even though sales are falling very rapidly. There’s a small amount coming from TV stations too. But that’s an area China needs to develop, so that all channels are paying for all the music they use on TV and radio. But it’s a very slow area – much slower than digital. I haven’t found anyone in China who can do a lot about that situation, so we’re focusing more on the digital world.

What are the biggest challenges in the market?
Put simply, people are not paying for the music they use. It’s getting better but it’s not even one percent of what it should be and what it has to be. So the biggest challenge is to get this percentage up so next year when we talk it’s not one percent, it’s five or 10 percent. In such a huge market, these small increases can mean a lot of money and I hope that 20 years from now it’s the same situation as everywhere else in the world. Maybe China will become our number one income stream?

How difficult are you finding it to track digital music use in China?
Very difficult. The data we get at the moment is quite poor. A lot of the providers aren’t able to give you exact information on the titles they use. So they give you some money to keep you a little bit quiet. They don’t give you access to that information. But we need this – we need to account the money to our writers. It’s a massive challenge but it’s getting better.

What are your thoughts on the future?
In the next five to 10 years it has to be a growing market – so we have to be there.

What more can be done to support international rightsholders in China?
I think European and US governments and politicians can put some pressure on China. But it needs to be pressure with the right effect – sometimes pressure can have the wrong effect in politics. We need the government in China to support a better copyright climate – they have pledged to do that over the next five years, so we hope they move quickly.
Features
Back to top