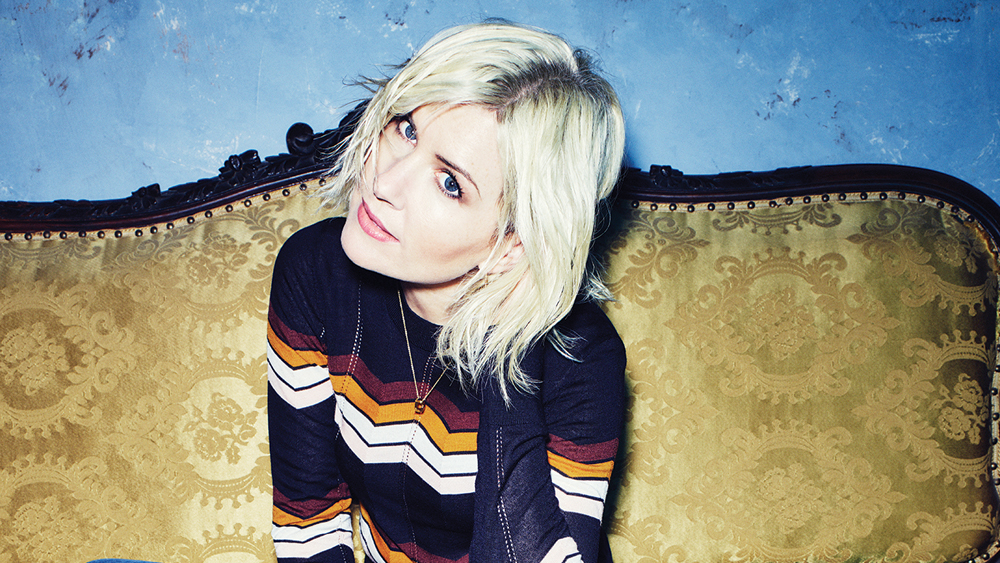 Dido: Ever The Optimist

Twenty years after Dido’s debut became one of the best-selling albums in UK chart history, the singer-songwriter returns with her fifth record. She chats to Rhian Jones about two decades in the business…

Twenty years after Dido’s debut became one of the best-selling albums in UK chart history, the singer-songwriter returns with her fifth record. She chats to Rhian Jones about two decades in the business…

Dido is one of a handful of British artists who’ve survived the last twenty tumultuous years in the music industry, through the tumbling trajectory of the CD and subsequent recorded music revenues thanks to piracy, and the transition from downloads to streaming. During that time, she’s released four albums with sales that have reached more than 40 million worldwide, and her fifth, Still on My Mind, has just arrived. What’s the secret to longevity when surrounded by so much disruption? 'I have absolutely no idea! I feel very lucky that I’m still doing this and still doing exactly what I want to do,' she answers. 'I’ve never really compromised on that, ever.'

Given the level of drama happening on the other side of the door, perhaps it’s for the best that Dido — a self-confessed 'eternal optimist' — doesn’t distract herself too much with the business side of music, preferring instead to focus on the creative. She continues: 'I don’t get too bogged down in the detail of it. I just get so excited by new music, when a song didn’t exist in the morning and it does by the evening, that to me is still the pinnacle. The thing that is amazing about music is that it’s completely limitless, there are always more songs, more thoughts, more ideas. There is always something out there to learn.' 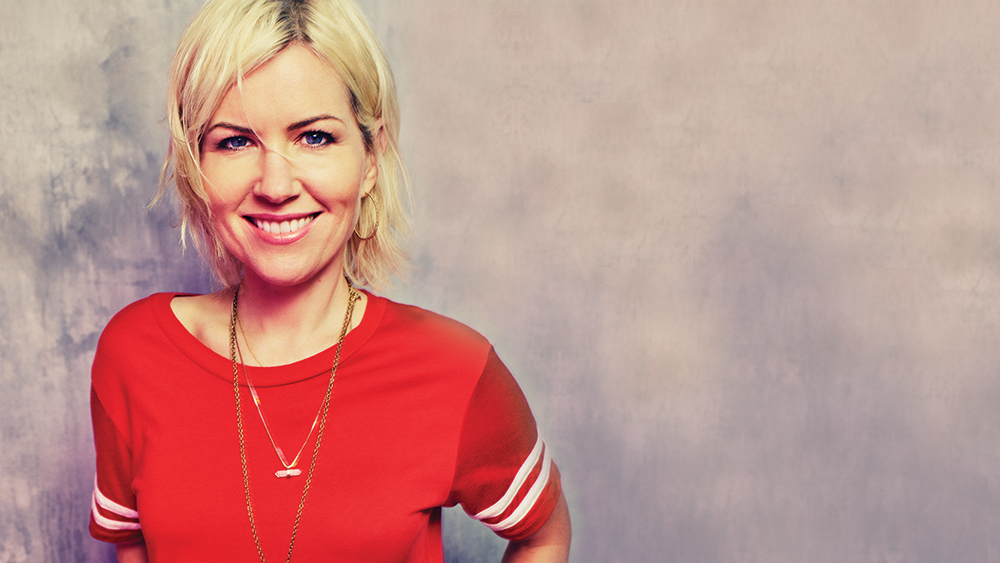 Still on My Mind arrived on 8th March and is another fruit from the tree of her hugely successful production/songwriting partnership with brother and Faithless founder, Rollo Armstrong. The project, preceded by single Give You Up, is Dido’s first new music since 2013 and was born out of a desire to enjoy writing with friends and family, who also included producer/songwriters Ryan Louder, Rick Nowles and Dee Adam. The creative process was stripped back and lyrics span emotional and personal themes.

Dido explains: 'For me, the theme of making the album was simplicity, warmth, emotion, and wanting to use new sounds that move me, but keeping it really simple. There are very few instrument parts, I’ve unashamedly used all the electronic sounds that I love, and the vocals were all done just sitting on a sofa in the room – I didn’t step foot into a vocal booth. I just had this real need to be around people who were close to me, make music and see what happens. The whole thing has been really easygoing, it’s been a real joy to make.'

In the streaming age, when album sales are decreasing every year, what’s her definition of success? 'Being able to make a record, that’s always been it for me. I’ve made an album that you can listen to from beginning to end, it tells a story and I’ve very consciously put the songs in a certain order. I know that’s not as relevant anymore, but it can be listened to like that, or you can just pick whatever tracks you like. I’ve always enjoyed having the music heard and I don’t really mind how that is.'

‘The thing that is amazing about music is that it’s completely limitless, there are always more songs, more thoughts, more ideas. There is always something out there to learn.’

When Dido last released an album in 2013, streaming was only just gathering pace. Its ubiquity today is a welcome development due to the freedom it gives artists to release music when they want. She explains: 'I quite enjoy the fact that I can write a song tonight, put it up and there it is, there is something very exciting about that artistically. I’ve never been afraid of change, I like it and to me, streaming feels like a free forum to put music into, if that makes sense.'

While she’s not a big goal setter, Dido’s immediate ambition is to put on a good show for fans in what will be her first world tour in 15 years throughout 2019. After spending nine years on the road practically non-stop during her early career, she’s had a well-earned break and is looking forward to being back in the bubble again. She adds: 'I’ve got a really lovely band who are proper friends and have been for a while which is going to count for a lot. It’s a really magical moment when you’re with the band, doing the thing you most love doing, singing and playing the songs to people who have made this effort to come out and genuinely like what you’re doing. That’s not recreated by anything else in life.

Dido wrote her first two songs on the piano one day aged nine, one of which was an innocent tune about being nice to people and the other was titled, So Blind. She started writing with Rollo — who had always been clever with words — when she was at school, and he’d gone travelling to Australia after graduating from university. They kept up what was quite possibly the slowest ever songwriting partnership by post, with Rollo mailing lyrics to Dido who would turn them into songs using her Casio keyboard, before posting the finished result back to him on cassette.

When Rollo returned to the UK he set up a studio where Dido would frequent, singing guide vocals and helping with melodies until 'the real singers would turn up.' She ended up doing backing vocals for Faithless (Rollo paid her in the form of a chicken korma for singing the lead on ’95 hit Salva Mea) but it wasn’t until others started recognising her talent that Rollo, who owned his own label Cheeky, started to take her seriously as an artist in her own right.

'I went and wrote [the first track for debut album No Angel] Here with Me with two brilliant guys, Pascal Gabriel and Paul Statham, played it to my brother and apparently he went into his label and said, I wish we could find something like this to sign… everyone was just looking at him like, "Why can’t you sign that?" He was like, "No no, that’s just my sister, let’s find someone who does something like this." Everyone said, Just try and sign your sister.

'I’d been offered other record deals by that point but hadn’t taken them, and that was the point he came to me and said, "Look, we can’t really offer you money but you can make the record you want to make and I’ll make it with you." That’s exactly what I’d been waiting for. I just wanted to be able to make a record with my brother, I loved what he was doing and thought it was brilliant.' The way No Angel was created — between the two of them before signing a label deal — then set a precedent for the rest of her career. After being signed to Arista, it hit #1 in the UK and #4 in the US and Dido and Rollo were trusted to get on with writing without much interference from thereon.

Today, Dido can write songs anywhere, and finds inspiration while out walking, listening to conversations or chatting with Rollo. 'I tend to find inspiration in very small things, I’ve never been someone who can look at the big picture or the world as a whole,' she explains. 'I’ll find a bigger emotion in a very small moment, a conversation or one sentence someone has said.' A song can come together in a myriad of ways — she was sat on the chorus of mega hit White Flag for six months before writing the verses, while new track Have to Stay, which is about her son, was written from start to finish in the moment.

‘I quite enjoy the fact that I can write a song tonight, put it up and there it is, there is something very exciting about that artistically.’

Dido continues: 'I’m also a big believer in just starting to play guitar or piano and singing to see what comes out. Every single song isn’t a flash of inspiration for me, sitting in my studio and making music whenever I can is when most of the songs come out because you unlock the part of your brain that writes songs.'

While she tends to always be thinking about music, Dido also knows when to down the tools and move on. 'I’ve always felt very sure when a song is finished from day one, it’s an instinct which I think is a huge part of songwriting. I’ll pull things apart, change things and songs will have different versions, but there’s a point where you’re like, No, this is the right version.'

While it took him a while to get over his perception of her as his little sister and nothing more, today Dido credits her long and amicable partnership with Rollo to mutual respect. 'It’s a mixture of being strong and sticking to your guns but also always listening to what the other person is saying too. When I’m writing with Faithless or with any of his artists or projects, he gets the final say on what is working and when we are doing my stuff, I get the final say. It’s quite a simple dynamic in a way.'

After her tour and album is out the way, Dido wants to lend her songwriting skills to others. She’s interested in distinct soulful voices and attitudes, naming Khalid as her favourite artist of the moment.

Finally, any parting words of advice for new artists and songwriters starting out today? 'Do the thing that you want to do and that you believe instinctively is the right thing for you to do. Then you can always look back and think I’m absolutely making the music that I want to make and don’t worry about the rest of it.'