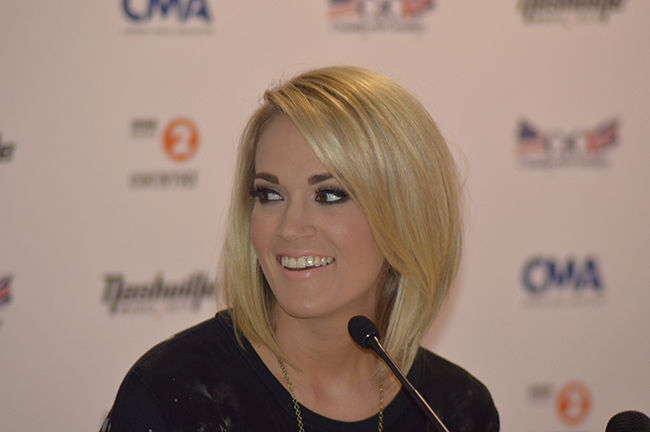 PRS for Music's Michael Hingston finds country music is more popular than ever at the recent County To Country festival at London's O2 Arena...

PRS for Music's Michael Hingston finds country music is more popular than ever at the recent County To Country festival at London's O2 Arena...

The massive space under the dome of the O2 became a temporary home of country music for the weekend of the 11–13 March 2016.

This was the fourth Country To Country Festival and it has grown rapidly. This year there were more stages, an increased spread of vendor stalls and the festival had extended from two days to three by incorporating the Friday.

For the first time, a small second stage was incorporated at the other end of the arena with short sets in-between the main acts. This gave the opportunity to showcase artist such as Ashley Monroe, Striking Matches and Charles Esten (who plays Deacon Claybourne in the TV series Nashville).

The other venues and buildings around the O2 were also pressed into service: The Brooklyn Bowl, Indigo, Bob Harris’s stage in Building Six, Sessions at the NY-LON bar, country music films in the cinema and the famous Nashville music venue The Bluebird Café set up a temporary branch as a separately ticketed event. There were two free pop-up stages: one was in the entrance hall and the other in the area designated as the Town Square, where there were also numerous stalls selling western gear.

It was an extravaganza of country music where you could spend your day discovering up-and-coming American artists, talented British or European acts and wonderful singer-songwriters. There was so much excellent music going on during the day, it was difficult to choose which act to see. Then it was off to the main arena to enjoy the superb headliners and, if you had the stamina, you could take in one of the after-show stages.

The popularity of country music in the UK is on the rise and appears to spread across all ages, judging by the demographic of the crowd. Next year’s festival dates have already been announced and it looks like Country To Country is going to be a fixture in the calendar for many years to come.

Michael Hingston
Features
Back to top