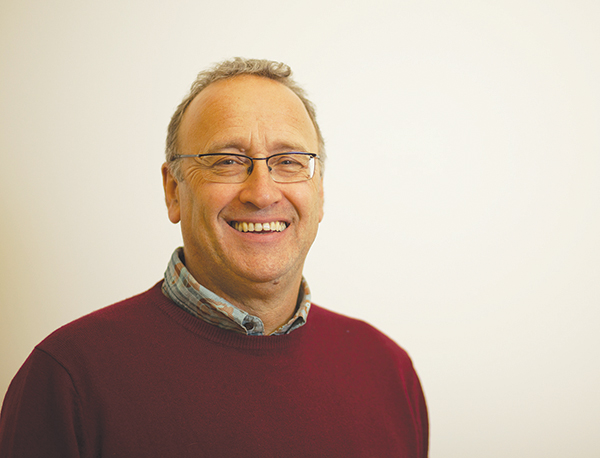 Nigel Hamilton, Help and Advice Manager at Help Musicians UK, chats about the charity’s work and reveals why so many musicians are reluctant to discuss their problems.

Nigel Hamilton, Help and Advice Manager at Help Musicians UK, chats about the charity’s work and reveals why so many musicians are reluctant to discuss their problems.

When I first came to Help Musicians UK, after many years working in general advice services, what struck me was the demanding, sink-or-swim world professional musicians work in. Yes, the music industry is full of supportive communities and networks, lifelong friendships, collaborations and generally wonderful people. But when things go wrong it gets tough very quickly. It can be really hard to find someone to talk to or get help from, and we’ve found there are many issues musicians simply do not talk to each other about.

Of course, there are the common complaints that any musician will sound off about – lack of money, irregular work, travel, arrogant conductors, dodgy promoters, rubbish venues. But when it comes to the really important stuff, like the state of their body or mind, it’s often another matter.

It’s not hard to see why when so many musicians are freelancers with no job security or employment benefits packages. How open are you going to be about your worry that you’re developing arthritis or that worsening eyesight makes it harder to read music? Are you going to feel confident about turning up to a gig or audition wearing a hearing aid? People prefer to keep things to themselves. As one musician said to me, ‘I’ve had more conversations in the rehearsal room about erectile dysfunction than I have about hearing problems!’

At Help Musicians UK we’ve become increasingly aware that maintaining health and wellbeing is an essential part of a sustainable music career, and we’re trying to understand how we can support musicians in achieving that.

Last year, 562 musicians of all types, ages and from all genres, helped us with a survey. The top three issues of concern will surprise no one: antisocial working hours, money problems and work insecurity, but we shouldn’t overlook how much stress they can cause.

Other striking results were that nearly half (48 percent) said they suffered from repetitive strain injury, 47 percent said they had experienced hearing problems and another 42 percent reported bullying in their professional life.

Despite all this, less than half of respondents had sought professional help with the issues they identified. When asked why not, some were very robust in their answers. One said: ‘In the few areas where I might have been affected, I believe that they come with the territory of being a performing musician’.

Another respondent told us they thought they would ‘seem like a failure’, while another said that ‘telling people the problems you’re having means admitting you’re less than perfect, which is what we’re striving for in performance’.

For me, the last revelation was particularly telling. For many musicians, perfection is the minimum acceptable standard and admitting to anything less is, or at least feels like it might be, professional suicide.

Another major issue we found was that it was not easy for musicians to get professional help. People simply do not know that some services, for example specialist hand therapists, exist. If they do, can they afford them? And many have experienced a lack of understanding from NHS mainstream services.

All this can lead to a fatalism, or ostrich-like denial – nothing can be done, so just get on with it and keep quiet while you do. This attitude is found throughout the profession. There are times when every musician has to play through the pain, but that doesn’t mean it’s OK all the time.

So what can we do as an industry to break these taboos and encourage musicians to seek help when they need it? At Help Musicians UK we’re focusing on four main areas: hearing, performance anxiety, muscular-skeletal issues and mental health. We’ll be working with influential organisations like the Musicians’ Union to get the issues out in the open, learn more from musicians and to develop our services and support musicians in maintaining their health and wellbeing.

We believe it’s time to act. We as an industry need to address musicians’ welfare and place it on the top of everyone’s agenda.

Nigel leads the help and advice team at Help Musicians UK, where he has worked for the last three years. He started his career as a housing adviser for a number of London boroughs, before becoming Head of Housing in Barnet Council. He left the council in 2008 and worked as a freelance in the voluntary sector and national government.

Help Musicians UK has been supporting musicians since 1921, assisting thousands of people establish themselves in the music business, get through a serious crisis, cope with long term difficulties and enjoy retirement.

helpmusicians.org.uk
Features
Back to top