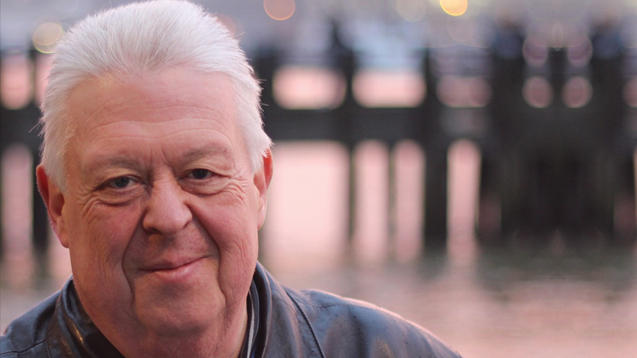 Gary Carpenter, the award-winning composer and BASCA director, shares his views on the current state of British classical music.

Gary Carpenter, an award-winning composer and director at the British Academy of Songwriters, Composers and Authors (BASCA), shares his views on the state of classical music in Britain today...

Allow me to draw your attention to two operas. The first, Thebans by Julian Anderson, was commissioned and first performed by the English National Opera. The second, DOUG 2014, was created by Janice Kerbel who studied music theory to ABRSM Grade 3 Standard in order to be able to write it. It was commissioned by the Common Guild Glasgow, and first performed in the Jeffrey Room, Glasgow. What do these two works have in common? They have both been shortlisted for major national awards this year: DOUG 2015 for the Turner Prize, Thebans for a British Composer Award (BCA). But that’s where the similarity ends. The Turner Prize will be attended by a frenzied media ballyhoo whilst the BCAs will receive welcome, intelligent but even so, muted coverage on a late-night BBC Radio 3 programme. More significantly though, should they both win, Janice will receive £25,000 whilst Julian will get a nicely framed certificate. In fact, the former will receive £5,000 just for being shortlisted. In many ways, this reflects the way in which classical music is valued, but more precisely on how it is perceived and appreciated: it is very much about acknowledgement and recognition.

Recognition
As much as we all enjoy luxuries like food and heating, I know of very few ‘classical’ composers who are in it for the money. Acknowledgement provides not only a measure of compensation for diminishing fees and royalties, but the necessary publicity that might bring another gig. It’s our job in BASCA’s Classical Executive Committee to encourage public awareness and remind - as often as is necessary - broadcasters, dance companies etc to duly and publicly credit composers. We have made a number of organisations aware of our concerns (including the BBC – Radio 4 regularly transgresses) and we know this is not a problem unique to classical composers. I would indeed urge all our colleagues to complain vociferously about omissions wherever they occur and in whatever genre!

Mid-life crisis
Well not really, but the ‘classical’ ecology presently offers myriad opportunities for composers up until the age of around 35. It slopes off significantly until about 40 when one is perhaps assumed to ‘have made it’ (whatever that means) or given up. It’s a dubious template that may arguably have had some resonance in the sixties when publishers regularly signed composers but shouldn’t be encouraged in the current musical climate. Being a composer takes time: we are not athletes or dancers and do not need to fulfil our potential before the age of 35, so how about discouraging age-restricted competitions and perhaps having some extra schemes made available to mid-career composers? Having said that, I would hate to see opportunities for younger composers diminish as they provide the bedrock of our future!

Gender gap
Whatever misdemeanours are laid at the BBC’s door, it has been rather a beacon of enlightenment in regard to classical women composers, particularly with its Celebrating Women Composers programmes which not only explored the work of a gamut of living composers but allowed us to re-evaluate ‘lost’ work by many unjustly forgotten historical figures. The BBC continues to programme more women composers in an organic way and although there is no room for complacency, it’s an encouraging sign and a move in the right direction.

Our job is to keep the initiative alive, to monitor our concert world, encourage others to follow suit and most importantly assure any young women who may be prevaricating over whether composition is for them, that it absolutely is and if they haven’t done so already, should apply to one of our excellent conservatoires or universities. What we mustn’t do is sit back and assume that it’ll keep going without a bit of pressure now and again...

Education, education, education
The Education Secretary, Nicky Morgan believes that studying the arts ‘holds students back’. In Harmony, a Liverpool-based educational initiative inspired by El Sistema, has seen the school in which it operates in Everton move from sink-school status to top of Liverpool’s school league table - and local crime has noticeably decreased.

For decades every argument for musical education has fallen on deaf governmental ears yet its importance and benefits shine from every single study. In Harmony centres on orchestral playing and the Royal Liverpool Philharmonic Orchestra are lead partners. This is the ‘classical’ world; our world – not some elitist artefact or Daily Mail headline, but a vital, life-changing, life-enhancing world. As classical composers, we know this to be the case and we must, whether it be through the offices of BASCA or down the pub, shout it out loud and clear!

Gary Carpenter studied composition at the Royal College of Music with John Lambert. Over the years, he has written operas, musicals, ballets, a radio music-drama and a great deal of concert music. He’s also been the musical director and/or arranger-orchestrator on many stage shows and films including The Wicker Man (1972).

In 2006 Gary received a British Composer Award in the Chamber category. Other recent career highlights include The Listening Project Symphony (BBC Radio 4, Prix Europa 2013 nominee), Fred and Ginger (for the London Symphony Orchestra) and The Food of Love – 12 Shakespeare songs commissioned by the Shakespeare Birthplace Trust and Dadaville for The First Night of the Proms 2015.

BASCA has a Classical Executive Committee which organises campaigns and events for the classical community. BASCA’s principal goal is to protect the value of music and, as a not-for-profit organisation, relies on the continued support of its members to help achieve this. For more information on joining, please visit basca.org.uk.
Features
Back to top