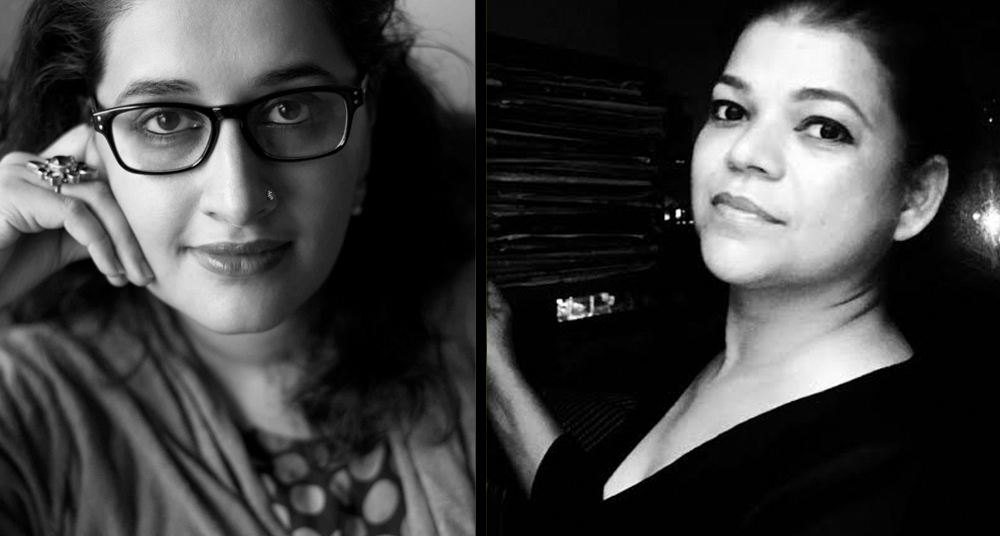 Every woman has the potential to be creative so hone those skills, don’t just push yourself into a corner of taking care of others at the cost of your own goals.’ Malvika Padin speaks to Bollywood lyricists Rashmi Singh and Kausar Munir about the relevance of gender in songwriting.

Breaking down the perceived barriers of womanhood with sheer talent, two Indian lyricists Rashmi Singh and Kausar Munir have been steadily on the rise with their intelligent, insightful work; proving that gender has very little to do with your success.

‘Gender does not impact your craft or skill, conditioning does,’ says Kausar who started her career in television as a writer for the series Jassi Jaisi Koi Nahin, before going on to pen poetic lyrics buzzing with engrossing narratives in songs like Falak Tak, Ishaqzaade and Dear Zindagi.’

She continues, ‘It's more about perception. Gender affects perception but not the skill. For instance, when [male lyricist] Gulzar Saab writes an item song (a musical number inserted into a film in Indian cinema that usually has no relevance to the plot) it’s not gender that comes into play, it’s experience and knowledge. On the other hand, there used to be a female lyricist called Maya Govind who wrote the raunchiest of numbers which we would now classify as an item song associated with a woman.’

Kausar stresses that she doesn’t have a problem with the word ‘item’ when used it context of a song, ‘If it’s used to accentuate a certain plot point or a situation in a given film, that’s fine. I have an issue when the word is used in context of a woman singing or dancing in that song. The ‘item’ or ‘object’ here is the woman herself.

This issue of lyrical context in music is something that Rashmi Singh, one half of husband-and-wife lyricist duo Rashmi Virag, also highlights,  ‘We just want to create a good music with a nostalgic, inspirational feel to it. The kind of music with a very intimate ‘old is gold’ vibe that people can look back on even 15 or 20 years from now.’

Despite her penchant for nostalgia-tinged music, which won her the Best Lyricist Award at the 60th Filmfare Awards for the song Muskurane from the film CityLights, Rashmi doesn’t shun the place that modern remixes and recreations hold within the Indian film industry. However, she muses, ‘It can be right for the audience, but we have to justify how the lyrics fit into this genre of music, that’s our responsibility.'

Further delving into gender-stereotyping within music and how it can be a useful tool for storytelling, Kausar puts songwriting into a broader perspective: ‘Take the R.D Burman song Mehbooba Mehbooba. It was titillating and maybe at that point it was put into the film with a purpose of being an ‘item,’ but if you leave aside the visuals and focus on the lyrics alone it simply reads like a love song.

‘Film is a medium which should be entirely dictated by the demands and requirements of the storytelling. Use the music and lyrics to tell the story of the moment, if it’s a celebration then celebrate but if it’s a difficult situation or a villainous character is singing a song they will sing a song of denigration,’ Rashmi says.

Moving from precepts of womanhood within the reel world - where their lyrics weave enchanting stories rooted in catchy melodies - to the thorny paths of their industry in the real world, Rashmi expresses her gratitude for never having faced any discriminatory incidents during her time: ‘On a personal level I am very comfortable. I always feel safe and have felt like people approach me because I am good at writing not because of my gender.’

Kausar echoes the sentiment explaining that she’s been fortunate enough to make friends – both female and male- who make her feel included. But despite not having experienced any of the inherent difficulties within the industry herself, she reveals, ‘I know examples of singers who face exploitation and difficulty as they put themselves out there to be made a display of. It’s a boys clubs and though I’ve mostly been fortunate with people I’ve met and connected with, there are certain high-profile groups where you feel like you’re on the periphery.’

Both women agree that it’s a hard industry to break into. But with the #ChooseToChallenge theme of International Women’s Day 2021 in mind, Rashmi encourages women – particularly in countries like India where a woman tends to define their role in context of their family – to follow their dreams.

‘Every woman has the potential to be creative so hone those skills,’ she says, ‘don’t just push yourself into a corner of taking care of others at the cost of your own goals. There is equality between me and my husband in everything we do, whether that’s music or within the household.’

Adding layers of complex and much-needed insight to Rashmi’s motivational take, Kausar says, ‘Women are so often conditioned to crave the validation but don’t chip away at yourself just in order to fit in or to be accepted and validated. I would say to any woman in a professional or social situation, always be yourself. Try to be better at who you are and what you do.’

She continues, ‘Don’t let yourself be compared to someone else. If I'm given a certain job, I do it a certain way. I will try to be better within the scope of what I do rather than do it like someone else. And if they want the work to be like that of other person, learn to concede that the job might be a better fit for them.’ Putting the advice into perspective, she recalls how friend and fellow lyricist Anvita Dutt was secure enough in her abilities as a lyricist to give the five songs of her debut Netflix film Bulbul to five different people who she felt were perfect for each specific song.

Both Rashmi and Kausar agree that things are changing in Indian music and film. With more women in direction, production and more technical sides of music and entertainment, and a conscious effort to include at least one woman in panels and discussions at festivals, they feel the industry is opening up.

While Rashmi bases the success of women on the foundation of her own success and skill, Kausar, who is also a script writer, believes there is always room for improvement, ‘I do believe films and filmmaking have gotten better in terms of scope, but this is a hard industry with no rules or steps. You have to kind of feel your way through and if it’s hard for men its surely even harder for women.’

Kausar leaves women aspiring to find their place within music with a piece of valuable advice, ‘Don’t accept the push back, instead keep moving forward until you reach the ideal scenario, which is to be included because of your own individual gifts and talents, not because of gender. It is tough but keep at it and don’t let yourself be excluded.’