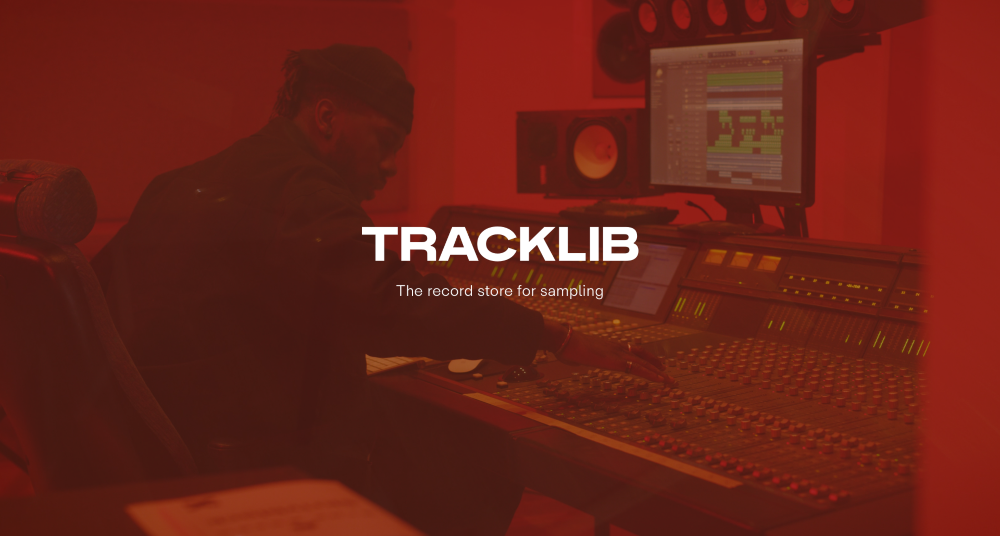 Behind the Scenes: Tracklib

'Artists should be able to focus on creating music, not on figuring out how music rights work. Sampling is an art form that has been repressed by complexity over decades.'

Launched in April 2018, Tracklib is the world's first and only music service that enables music creators to discover, sample, and license original recordings.

Featuring a library of over 60,000+ tracks that users can browse, download, and license, Tracklib aims to solve an age-old problem for producers, DJs, and artists.

We asked the team at Tracklib to take us behind the scenes to give us a better idea of how this could change the industry. 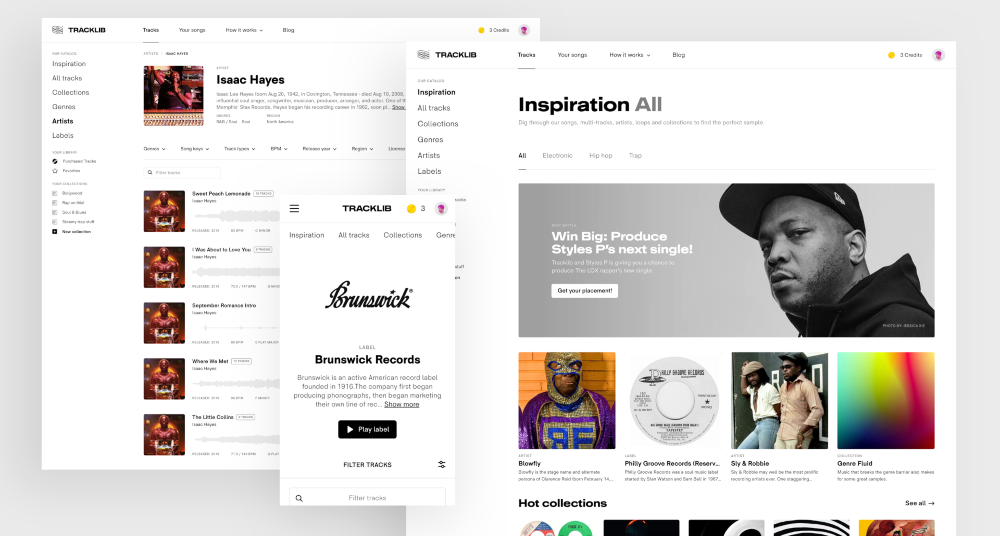 What is Tracklib and why does it exist?

Sampling has been a huge part of music making for the last 40+ years and today around 20 percent  of the songs on the Billboard charts contain parts of previously released music (i.e. samples). However, getting legal permission to release music with samples is usually very complicated, expensive and basically out of reach for the majority of all producers and artists. This means a lot of music gets released without proper permission, meaning the sampled artist gets no recognition or part of the income and the new artist risks getting sued or having the music taken down.

It’s a broken system that urgently needed a solution. Millions of producers want to legally use samples at a fair price, and lots of labels/publishers are sitting on a goldmine of amazing music that needs to be rediscovered and brought back to life again, thus generating new artists for the original artists and rights owners.

'A lot of music gets released without proper permission, meaning the sampled artist gets no recognition or part of the income and the new artist risks getting sued or having the music taken down.'

Tracklib is the world’s first record store for sampling. We make it possible for any producer/artist in the world to easily and legally sample original music. We started Tracklib because we wanted to remove complexity and make sampling fast, easy, legal and affordable. Artists should be able to focus on creating music, not on figuring out how music rights work. Sampling is an art form that has been repressed by complexity over decades. We exist to liberate the art of sampling, and to help create completely new creative and commercial opportunities for the whole music industry.

How does it work?

It’s very easy to use Tracklib. A monthly subscription gives you access to our eclectic and growing music catalogue of over 100.000 songs – especially created for music producers, songwriters and artists. We have original music from 1928 to 2020 – spanning all genres from classical to soul: from Mozart to Isaac Hayes, and we even have unique multitracks and stems for some of them. All songs can be licensed for sampling in just a few clicks and you know exactly how much it’s going to cost to license before you even start making your new song.

To release a new song with a sample from Tracklib, you get a sample license from us. The license grants worldwide rights to use the sample in your new song. You also agree to share a part of your income from the new song. This last part is an important part of our model: we make sure that the original songwriters and publishers, as well as the original labels and artists, get fairly compensated when a new song with a sample becomes successful. We call it ‘royalty fair, not ‘royalty free.’

'We exist to liberate the art of sampling, and to help create completely new creative and commercial opportunities for the whole music industry.'

Who is using the product and what kind of response have you had from them?

All types of music creators – from multi-platinum-producers that create the biggest hits on today’s Billboard charts, to aspiring hobbyists with a music dream – are using Tracklib.

The first reaction we usually get is actually disbelief. ‘Is this real music? Are these original recordings? Is this an Isaac Hayes recording from the early ‘70s where I can access the multitracks and actually use them in my music for only £50?’

The positive response and outpour of support that we’ve received from the world’s music-making community has been nothing short of overwhelming. Major outspoken supporters of course include legends such as Erick Sermon, Prince Paul, Zaytoven, Scott Storch, Liam Howlett, Questlove, Ludacris and many more. The past two years have seen releases of new songs using Tracklib samples from well-known artists that include J. Cole, BROCKHAMPTON, Lil Wayne, DJ Khaled, Mary J Blige, $NOT, Young M.A., Phantogram and many more.

But first-and-foremost, Tracklib is a platform for everyone who couldn’t afford to clear samples before, or didn’t even know how to. Every week, we’re being contacted by producers from all corners of the world that tell us how big of a difference Tracklib has made to them – being able to legally and affordably sample original recordings has meant that they can finally release their music on streaming services and start building their careers.

'First-and-foremost, Tracklib is a platform for everyone who couldn’t afford to clear samples before, or didn’t even know how to.'

How can a product like Tracklib change the industry for the better?

Tracklib helps change the music industry for the better by creating completely new creative, cultural and commercial opportunities and value.

Creatively, being able to use an original song as an instrument – knowing beforehand how much a sample clearance will cost and not having to worry about the actual rights clearance – changes the way music can be made. Many producers avoid sampling because of the rights-related complexities, and now we have finally opened the possibility for everyone.

Culturally, we drive deep catalogue discovery – helping to promote both unheard and unusual music, as well as introduce new regions and genres, and even incentivise digitisation of old master tapes. We’ve also created formats where we connect upcoming talent with the established industry – for example, we did a campaign with Wu-Tang Clan member Inspectah Deck where the winning Tracklib user, Jonathan Myles from Atlanta GA, got the chance to produce a song on Inspectah’s new album.

Commercially, it’s extremely encouraging to see all the new songs being released with Tracklib samples – creating opportunities for both the new artists as well as everyone involved in the original copyrights that are being sampled. The majority of revenue coming into Tracklib goes right back out to the talented artists whose works support the culture. In fact, many music creators make more money from Tracklib than from streaming services.

'Our overall vision is to give music new life, and we’ve already started to deliver on that promise with all the music already released with Tracklib samples.'

What is your vision for the future of Tracklib?

Our overall vision is to give music new life, and we’ve already started to deliver on that promise with all the music already released with Tracklib samples. Our plans for the future of Tracklib include making sure we reach as many music creators in the world as possible, and that every rightsholder in the world gets to offer their music to the music-making community – growing our catalogue as large as possible. We’re also increasingly focusing on getting closer to music production software, services and tools to make it as simple and quick as possible to create music with our catalogue of amazing original recordings.

Tracklib is a subscription service and we normally have a free two-week trial period. But for PRS/PPL members we are offering a free 30-day trial + 15 free downloads.