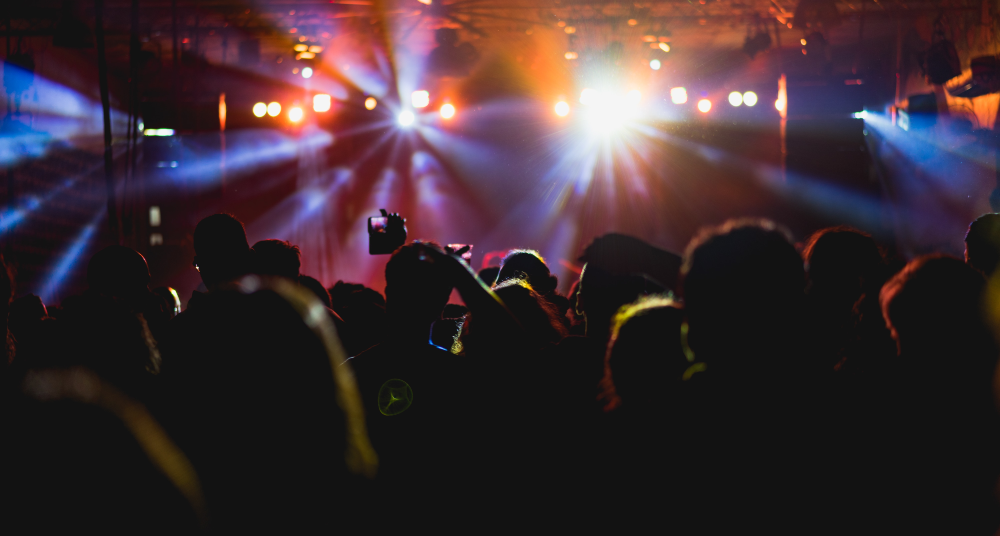 Access All Areas: Managing mental health in the music industry

A recent Help Musicians survey found that mental health concerns are having a brutal impact on the UK's music sector. M Magazine looks at the support available.

Mental health is a complex topic. In recent years, we have seen positive change through a culture of increasing openness and awareness, but decades of stigma carry a long legacy. Within the music industry in particular, lifestyle factors and irregular work conditions can contribute to a unique vulnerability. Just this year, artists including Rina Sawayama, Pale Waves and Phoebe Green have all released albums addressing mental health concerns, with Phoebe also testifying to the importance of openness around these issues. ‘Whenever I’m trying to keep it hidden because I don’t want it to affect how people view me that much, I think of how much it’s helped me to hear people be so open about it,’ she told M in August 2022.

One thing that improving mental health access can do is put in place a first line of response to these kinds of broad-view issues. Within the music industry, these interventions can be absolutely vital in ensuring the wellbeing of artists and crews, allowing the show to go on and the industry to thrive.

Back in 2017, Help Musicians launched Music Minds Matter in response to what the charity considered a mental health crisis in music. Starting life as a fundraising campaign after the death of Linkin Park’s Chester Bennington, the service operated a 24/7 support line for both musicians and those behind the scenes.

Earlier this year the service was restructured into a single-focus charity, ensuring that any fundraising activity focused on mental health provision will exclusively fund that support. The move also takes the service out from under the musician-specific remit of Help Musicians, allowing Music Minds Matter to support anyone in the industry with mental health concerns.

At the time, Help Musicians chief executive officer James Ainscough said, ‘Since Music Minds Matter launched in 2017, we have seen the need for mental health support continue to grow year-on-year. Musicians and those who work in music have been through an incredibly difficult time during the pandemic. And, sadly, coming out the other side is proving just as challenging, if not more. So the time is right to set up Music Minds Matter as a single-focus charity.’

'The cost-of-living crisis, alongside other factors including the ongoing impact of the pandemic and Brexit, is having a brutal impact on the UK’s musicians.'

The charity noticed an enormous increase in calls to the Music Minds Matter helpline during the pandemic, with a 118 percent uptick in service users in 2021. So far this year, calls have increased a further 34 percent. Reflecting this surge, costs for Music Minds Matter will hit £1million for the first time in 2022.

Joe Hastings, head of Music Minds Matter at Help Musicians, says that the increased service demand at the charity has been driven by ongoing instability across the UK economy at large. 'The cost-of-living crisis, alongside other factors including the ongoing impact of the pandemic and Brexit, is having a brutal impact on the UK’s musicians,’ he says. ‘Our recent survey showed that close to half surveyed said they are ‘very’ or ‘extremely’ concerned they will be forced to leave the industry, and nearly nine in ten believe difficulties with their mental health are currently affecting their work.’ With 68 percent of survey respondents also reporting that their mental health is worse now than it was before the pandemic, it’s clear that COVID has had a major part to play on all this. However, Joe says that a number of sector-specific issues contribute to mental health outcomes in the music industry. For musicians, factors like the unpredictable and sometimes isolating nature of the work, long periods on the road, financial difficulties and lack of routine can all exacerbate the problem. For those behind the scenes, the picture is much the same.

‘We actually find that there are more similarities than differences in terms of the factors impacting on individuals’ mental health,’ says Joe.

Part of the solution Music Minds Matter offers is the provision of regular peer support groups, which anyone working in the industry can join free via Zoom. Facilitated by qualified therapists, the sessions are not group therapy, but act as a safe space to share concerns and experiences. These groups allow people to be heard, and to feel supported by others who know what they’re going through, says Joe. ‘Our insights show that there is often benefit in providing spaces for people to listen and be listened to by those with similar challenges and experiences,’ he says.

In addition to the support groups, Music Minds Matter continues to run a 24-hour helpline staffed by BACP-accredited counsellors. Callers can receive emotional support, get debt and legal advice, and in some cases access further therapeutic help through BAPAM (British Association for Performing Arts Medicine). The charity’s partnership with BAPAM also includes a series of free online sessions to provide techniques and strategies for coping with mental health issues.

In addition to the support offered by Music Minds Matter, there is help available across the industry. Music Support also runs a helpline on weekdays between 9am and 5pm, in addition to offering crisis support for urgent psychiatric or addiction issues, and training on mental health, resilience and addiction. Outside of the industry’s infrastructure, mental health charity Mind provides guides for organisations, artist managers, employees and freelancers within electronic music in particular.

'Working with others, we hope that over time the music industry can become a shining example of positive mental health.’

These are all positive interventions, but the industry needs to pull together to progress further, Joe says. ‘We recently held a leading change summit at Abbey Road for the music industry and it was really heartening to see that alongside our key partners – BAPAM, Tonic Rider, Music Support amongst others – that there are some really positive initiatives that are impacting on those working in the music industry,’ he says. 'This does not mean that there isn’t a lot more needed. We believe that this happens best through collaboration and we plan to continue to bring together those with influence from throughout the music industry to engage in the importance of driving positive change around mental health.’

While awareness of – and action on – mental health in the music industry is on the rise, it’s clear we’re not finished yet.

‘Mental health is clearly a key area of focus for many in the music industry,’ says Joe. ‘We and many others have endeavoured to ensure that conversations continue to progress, but there is more to be done. Working with others, we hope that over time the music industry can become a shining example of positive mental health.’