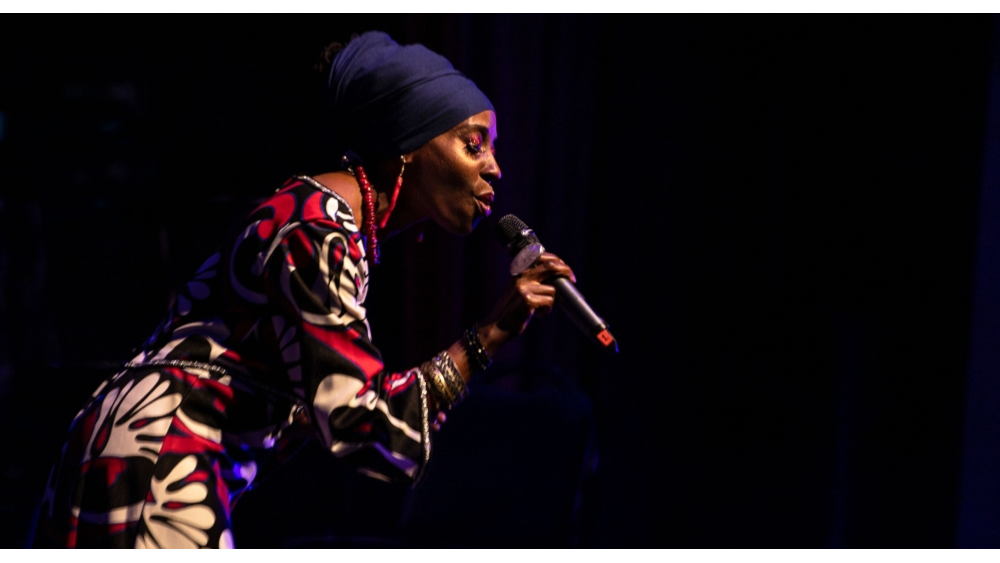 Stronger on Sundays: In Conversation With Melissa James

We chat about the power and potency of protest music, and why it has the impact it does. Melissa laughs as she shrugs about the why’s and how’s. ‘I almost don’t want to understand it,’ she says. ‘One of the beautiful things about somebody telling you that your music has affected them is that you didn’t expect it to happen. All I’m doing is writing a song and conveying what’s inside of me.’ She laughs as she finishes, ‘I don’t even how that song comes to me sometimes. It works and that’s the thing.’ Wherever it comes from, making the music an integral part of Stronger on Sundays does indeed work. Melissa gives one example of someone logging in to watch a particularly powerful piece on white privilege just because of the artist that was performing there. ‘The music and the musicians bring people into the space,’ she explains, ‘and I think that’s a safer way of bringing people into something that. Otherwise they may worry they will feel uncomfortable, or they might think they don’t need to join because they’re a good person. “Racism doesn’t concern me because I’m not racist,” that kind of thing.’ Those are the people that I want to reach the most, because I’m trying to make people understand how racism plays out in them with compassion. It is so insidious; we just don’t realise how it’s weaving its way through our lives and our bodies.’ Other notable sessions include one on the impact of slavery, many of which are still are felt around the world today as one glance at the events of last year in Bristol with the Edward Colston statue shows.

Our talk turns to the effects of racism that are still felt in the music industry today, and the extra hurdles that many Black artists and industry workers still have to jump. ‘It still happens because we don’t face up to it and we don’t discuss it,’ she states, ‘but I would add that this is the work of everybody, and not just the work of people who are white.’ Later, we discuss what the industry needs to do to enact real change and she returns to that same point even more strongly — admitting a frustration that many in the industry are only looking for a surface-level change in practices. ‘People only want a conversation if I do it in a way that is packaged for them and held in a way that makes sense for them,’ she points out. ‘Only if it is one of those conversations where you’re just talking bullet points: “We’re going to make changes, we’re going to bring in more African and Asian staff members, we’re going to change the look, have more diversity.” But Melissa wants to go deeper. She points out that if we only talk about racial issues from a workplace point of view, then only those workplaces are going to be impacted. Instead, a deeper level of change is needed across society itself. ‘I don’t ever stop being Black,’ she says, ‘I don’t stop being seen as what I am and it doesn’t matter where I go, I’m always thinking about it. Even if I’m not conscious of it, there’s an element of code-switching depending on where I’m going or who I’m talking to. The industry isn’t getting it yet, it’s all a bit too deep for them. It’s quite hard and I get it, but if we’re serious about it then that is what we have to do.’

For Melissa, that is where the music comes in again — where the capacity to bring people in through a love of music will also provoke being part of an important conversation. She describes how important it is for viewers to feel something, rather than just think about it. With future sessions based around food, drink and fashion — and how racism plays its part with all of those — it is only the beginning of what Melissa hopes to do with the sessions. Whether it’s the impact of slavery on fast fashion, or who it is that actually picks the cocoa that makes up coffee and chocolate, what payments are made to farmers, these are weighty subjects with no easy answers. ‘It’s not quite as simple as saying we should all stop going to H&M and stores like that,’ she explains. ‘It’s about having an awareness. Racism plays out in ways that you don’t expect, it is part of the fibers of who we are. The fabric of our society and how we live has been built on it. So much of our food and clothes comes from modern day slavery, and the people impacted by these practices are mostly Black and brown. That’s not an accident, it’s the result of colonialism and how we have lived. It’s a crazy system and I’m really looking forward to having that conversation.’