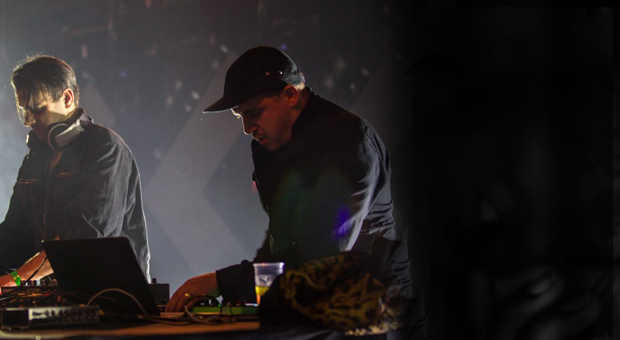 5 things we learned at LEAF

London is one of the dance capitals of the world but arguably lacks a key event in the calendar to rival the calibre of European festivals such as Sonar or the Amsterdam Dance Event.

The event was billed as a ‘two-day cultural celebration of electronic music, art, technology and digital futurism’ and deliberately aimed at bridging the gap between the conference hall and the club. How? Well with an astute and tuned in selection of artists, industry players and ravers.

Now in its second year, it’s clear that LEAF aims pretty high but for the most part delivered on its ambitions. The location of Tobacco Dock is a suitably cavernous and cool playground for dance music players to meet, greet and as day turns into night, forget about their contact book and concentrate on the dance. While there was a bit of a lack of choice for decent food and the conference side of the agenda on the Friday could do with a bit of additional beef, there was plenty to get our collective teeth into from the panels to the networking opportunities. Here are our highlights…

Chic’s Nile Rodgers divulged plenty of secrets over his opening three hour Q&A at LEAF. A room of 300 lucky people heard about everything from his loathing for Ryan Air to his love for the music of the Silver Apples and recently working with DJ Carl Cox on 15 new tracks (!). He (and the room) choked up on tears several times when he remembered his old songwriting partner Bernard Edwards while he told tall tales of Chic’s formation, writing their biggest hits and how his overwhelming passion for music helped him beat cancer. Inspiring, heart-rending stuff.

PRS for Music sponsored the Rob Da Bank interview with DJ Harvey which was the final panel of the day. Harvey is something of mystical legend, having started his DJ career in Brighton before decamping to the states and becoming infamous for lengthy, infrequent, amazing DJ sets. His slot showed him to be a hugely entertaining raconteur to a packed room. Tales of past lives as a drummer in bands in the late seventies, a graffiti artist and member of TDK (the Tone Deaf Crew) in the eighties through to the celebrated cross-genre DJ we know today. A particular highlight was the impromptu surfing lesson he finished up with on the panel table in response to an audience request.

Kids were everywhere at LEAF, suggesting that the family festival vibe Rob Da Bank started with Bestival and Camp Bestival is filtering into the rest of his event portfolio. From a crèche for prams to the Big Fish Little Fish electronic arts room (with a specially selected soundtrack by the Boiler Room’s Joe Muggs) there was plenty going on for the raver under five.

German duo Modeselektor are well known for their banging live sets and were the perfect end to a forward thinking day of conversations at LEAF. Their show was quite simply a masterclass in electronica. The sound quality was superb and we were treated to a full spectrum display of the depth of their back catalogue and new material too.

The Saturday event was immense. Two huge rooms of big name tech house and techno artists with headliners like Tale Of Us, Sasha and Chris Leibing all on the same bill, plus one more intimate Sunday Best room where Rob Da Bank and DJ Harvey kept the crowd guessing where the party was going next. This event redefined the rules of raving (particularly in the UK) of running from midday until 11pm. The early start time allowedd party goers to get an 11 hour marathon of sounds from cutting edge DJs and dancing and still catch a tube home - maybe even see some of Sunday morning.

Check out our songwriting guide with Nile Rodgers and how to set up an independent label with Ninja Tune. Read our interview with Rob Da Bank about the thinking behind the event.