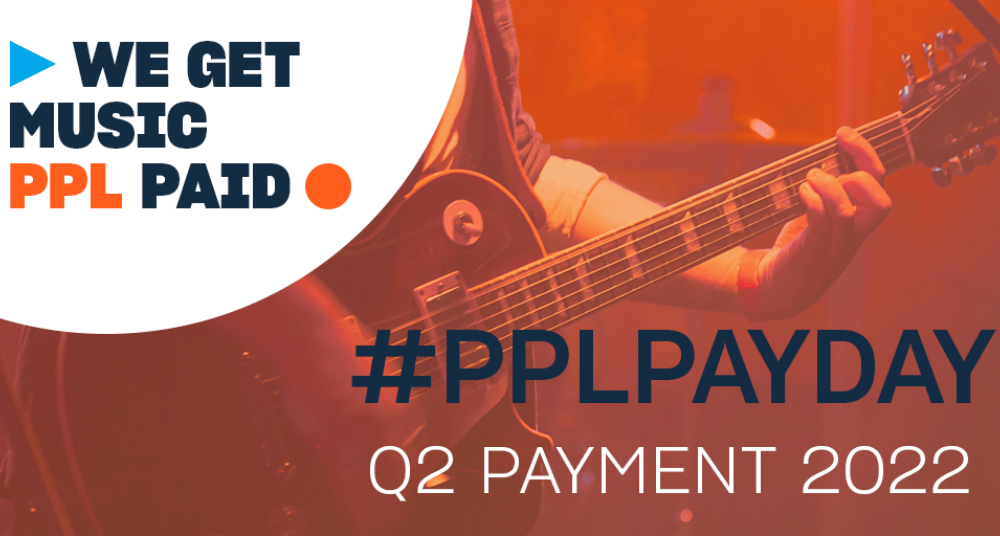 A record number of 113,271 performers and recording rightsholders received payments from PPL in its Q2 distribution.

Peter Leathem, PPL chief executive officer, said, ‘It is great to see PPL paying out money to more performers and recording rightsholders than ever before in a June distribution. It is another proof point that reinforces PPL’s leading position in the international neighbouring rights sector. We are able to collect and distribute royalties so effectively because of our expertise across a range of operational disciplines.'

'Our leading data technology allows us to identify as much recording usage as possible as well as the performers and recording rightsholders to be paid, maximising royalty pay-through. We have a significant international network of 105 agreements with overseas collective management organisations, a network that encompasses Africa, Asia, Europe and North and South America. This helps us identify and claim overseas revenue for our members. And finally, our team of neighbouring rights experts use their deep understanding of the global neighbouring rights sector to maximise this revenue, ensuring performers and recording rightsholders are paid as fully as possible when their music is played.’