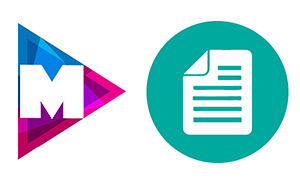 How to get a good record deal

Confused about recording contracts? Not sure how to negotiate your rights? Let music lawyer Lance Phillips give you his top tips for talking your way into a better arrangement.

Confused about recording contracts? Not sure how to negotiate your rights? Bamboozled by mysterious ‘packaging costs’ linked to downloads? Let music lawyer Lance Phillips give you his top tips on navigating the dotted line and talking your way into a better arrangement. 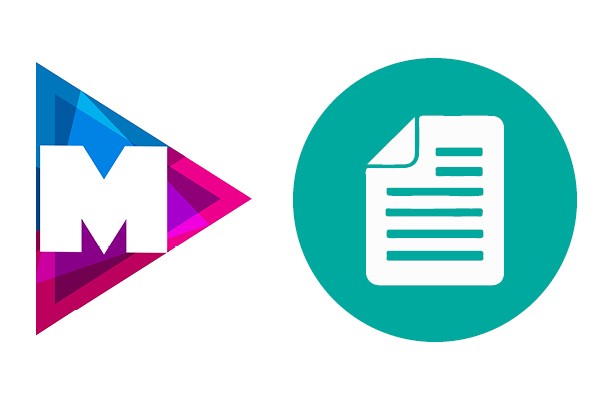 ‘This is the time for artists, managers and the people who advise them – lawyers, accountants, tax advisors – to rethink their strategy about structuring record label deals,’ Lance says.

He’s discussing the changing nature of recording contracts at a Westminster Media Forum panel involving key figures from across the industry.

Acknowledging that many agreements aren’t fit for purpose in the digital age, he’s urging artists to consider their rights and assets before automatically assigning them to record companies.

‘Don’t put it all onto the labels; don’t blame them, don’t blame the [digital] platforms; take a bit of responsibility yourselves. If you do, then in four or five years’ time you’ll find yourself in a much healthier position,’ he urges.

Lance is a partner in Sheridan’s digital media and music groups, but he’s also had experience at the coalface. Before qualifying as a solicitor, he spent 12 years working as a recording engineer and producer.

At Sheridans, his clients range from established artists to new and unsigned acts, digital music providers and corporate media clients.

Below, he outlines the current state of play and offers some handy tips on how best to negotiate a decent deal, whether you’re an established act, brand new artist or in between contracts…

Are artist contracts fit for the digital age?

The simple answer is no. I’d say, however, that not all artist deals are the same and not all labels have the same approach. Generally, the independent sector does tend to take a more user-friendly, approachable and negotiable line. This is just my view of the deals I’ve seen over the last two or three years.

So why is that? It’s largely a matter of history. A lot of artists are still under relatively long term deals, which were probably put in place around five or six years ago. Even for new artists, or those between contracts, these are still based upon the old physical, bricks-and-mortar deal structure. It still seems to be the case that provisions, which deal with digital rights, digital exploitation, accounting, audits, revenue streams, are crowbarred into a contractual structure that hasn’t really changed in the last 15 or 20 years.

I think this is partly because we’ve only recently got to the stage where digital revenues and physical revenues are at relative parity. But it is a bit hard to escape the conclusion when you’re presented with a new artist deal - for a new act particularly - that the digital rights are being seen simply as an extension of existing rights, which are expected to be handed over lock, stock and barrel. There doesn’t seem to be any attempt to distinguish between the two, or indeed to differentiate how they might best be maximised.

Well, the elephant in the room is always – how much does the artist get? The difficulty here is that even though digital has done a great deal to increase access to market for all artists, whether it’s SoundCloud for new artists, Spotify for reinvigorating heritage acts’ back catalogues, the fact of the matter is that no artist really has a direct route to market through a platform. There is always someone in the way, be it a label, a distributor or an aggregator. So it naturally dissipates income and it naturally dissipates artist control over what the songs and recordings can be used for. In my experience, those are the greatest concerns for most artists. It is the money – of course it’s the money – but it’s also the ability to which we can control how the work is used.

The second issue I have is with the transparency of costs and deductions. It’s very hard to understand and explain to an artist why a label is taking a packaging deduction on a digital download. I appreciate that might seem completely anachronistic because it is.

But the fact of the matter is that still, to this day, these deductions remain in contracts. Now they may be honest and be called packaging deductions, they may be called digitisation costs, transactional costs, or processing costs. These costs are very hard to explain because we don’t really have a clear understanding, not just of what they or what they are based upon, but how much they’re going to be.

When you’re taking an artist through a deal and explaining to them the physical royalty, it’s quite easy to explain to them what they’re going to get at the end of each quarter. But with digital it’s practically impossible because they’re hiding behind a set of parameters we don’t understand. And we don’t understand them because no one has explained them to us and my suspicion is the reason no one has explained them to us is there is no general explanation that works.

How is accounting and auditing affected?

I appreciate I may sound a bit label-bashing but actually I’m not, I’m very pro-label. But auditing digital information and sales is a phenomenally complex matter. If you speak to any of the auditors we regularly deal with, they will say that, relatively speaking, auditing physical sales material is pretty straightforward. But with digital, the complexity of data and the way it comes down means that, for an artist to engage an auditor to do it on their behalf, it’s an extremely expensive and long-winded process.

I don’t import into that any deliberate obfuscation on behalf of anybody to stop artists finding out what exactly it is they’re worth. I just think it is a system that needs to be looked at from the back end so we can start to give some transparency to digital payments.

How are deals set to change as the digital market develops?

This is not an easy question to answer. It’s a little like trying to stop an ocean-going oil tanker in full flow. It’s not going to happen in a matter of months, or indeed a matter of years. But I think, if you are a new artist, or an artist in between deals, and are renegotiating or negotiating a new deal, you need to start thinking about changing your strategy. You need to think, ‘What can I do now that will put me in a better position in five or six years?’ You need to balance the pressure of front-end financial upsides, such as advances, against rights licensing instead of rights assigning. There will be a trade-off in terms of what the label is prepared to spend in order to get those rights. You want less of your rights to go there, so how much will be deducted? You need to start thinking of that process now.

You need to ensure you own all the ancillary rights - merchandise, artwork, domain names, trademarks, social media handles – so you can be in a position at some point to start separating these rights out. You may want to keep back and self-administer digital rights and send image rights and physical product rights somewhere else.

It’s not easy at all – it raises a lot of issues and requires a lot of admin support. But I do think it’s a bit unfair for artists to unload all of this onto labels and platforms and not take any responsibility themselves. There needs to be a sea change in attitude by artists, management and the people advising them, to be careful what they are doing with rights now. In the long run, there is greater potential for you in a massively and quickly evolving digital market to maximise these yourselves.

When renegotiating artist deals, you need to look at the following:

It’s not all about the money. Let me rephrase that: it’s all about the money. But not in the way you think. So, look at the costs, the packaging deduction issues, transparency of accounting. I think there needs to be much more flex around that. Royalty escalations should apply to digital exploitations across the board, they shouldn’t just be physical-based.

Is it a licence fee or is it a per-unit royalty fee – and where does the exploitation fit? Be very clear about how that’s going to be structured. New format reductions I loathe and they should be removed immediately. I don’t understand why artists get paid less royalties on new formats when arguably there are less costs in those formats.

Opacity of actual rates: I’m presently trying to negotiate with Google about their online content licences and simply cannot get any understanding on how they calculate the amount of money that my clients are going to get paid.

This is the time for artists, managers and the people who advise them – lawyers, accountants, tax advisors – to rethink their strategy about structuring record label deals. Don’t put it all onto the labels; don’t blame them, don’t blame the platforms; take a bit of responsibility yourselves. If you do, then in four or five years’ time you’ll find yourself in a much healthier position.