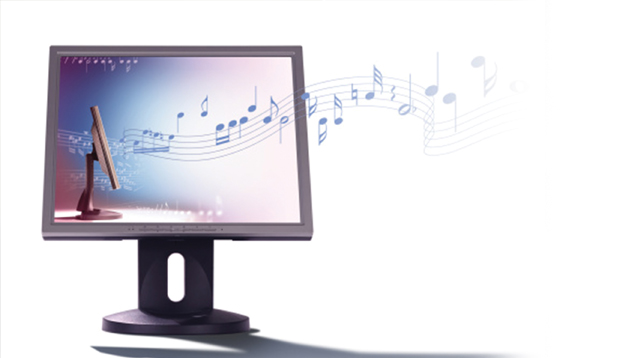 Ever wondered how collecting societies strike deals with streaming services? Or what happens when a download platform refuses to become licensed? We get the lowdown from PRS for Music’s licensing and legal teams.

Ever wondered how collecting societies strike deals with streaming services? Or what happens when a download platform refuses to become licensed? We get the lowdown from PRS for Music’s licensing and legal teams.


Clashes between rightsholders and digital music services are nothing new.

Many household names have, in their time, found themselves in hot water as negotiations go awry. But what actually happens behind the scenes, and how do these commercial wrangles dissipate or escalate?

Much of the contractual fine print within online licences is restricted by commercial confidentiality and the nature of the multi-territory market, which is fragmented and complex. Within this landscape, collecting societies and digital music services must comply with competition law - and these constraints will often limit the view for songwriters and composers.

‘It’s very difficult to talk about fair value in abstract and without being able to disclose specific licensing terms,’ says PRS for Music licensing manager Tim Rawlinson. ‘We can’t put certain information out there as openly as that. Our top priority is always to deliver the proper value back to our members, but we are also focused on treating licensees fairly and encouraging fair competition in the marketplace.

‘This issue circles back to one of the reasons we can get into a dispute - when a service has focused more on the development of its brand and distribution model and not enough on its business model, and can’t generate the revenues needed to provide rightsholders with sustainable value for the use of music,’ he adds.

Over the last three years the online market has developed at a phenomenal rate. According to an IFPI report earlier this year, worldwide digital revenues rose 6.9 percent in 2015 to US$6.9bn (£4.6bn) and now represent 46 percent of all global music sales. It’s a similar story at PRS for Music, which has seen a 17.5 percent rise in online revenues from £67.8m in 2013 to £79.7m in 2014. Further significant growth is anticipated for 2015 figures too.

More recently, growth has been driven by streaming as it becomes more dominant. ‘Because of that, there is a particular focus on it and we’ve had to make sure that we’re always negotiating as good a deal as we can - and that directly links back to supporting a fair marketplace,’ says Tim.

‘Ultimately, we’re here to protect the underlying value of our members’ music. We sometimes find ourselves at loggerheads when a service claims they can only pay a certain amount or percentage of revenues to rightsholders as it is what their business model can support.’

This could be down to the fact that a service has failed to consult with rightsholders before striking deals with other parties such as hardware manufacturers or content bundlers, leaving them with little or no margin. Or it may just be because the service is used to operating in a different market where rates differ, explains Tim.

‘The specifics of any one service obviously differs from the next, but we can’t have competitors paying radically different royalties for similar music usages - we need to make sure they’re on a level,’ he says. ‘As we continue to seek the correct value for our members’ works, we need to make sure it’s reflected across the board so all the boats are rising at once.’

PRS for Music now has around 2,000 online licensees, and works with everyone from niche services and innovative start-ups to multinational companies which are generating millions in revenue. Licensing operations are split into UK-focused and multi-territory specialisms, with key account managers and licensing consultants overseeing the process, mapping the digital landscape and forecasting future developments.

‘In the UK, our main online licences for services whose main focus is music are the “LOML” and “LOML+” – and with these, we aim to keep it simple,’ explains Jon Hall, a PRS for Music licensing consultant tasked with documenting the society’s online licensing processes. ‘They are tiered according to music usage and services are charged upfront accordingly. They can just go to our website, buy a licence with their credit card and know they are covered in the UK for blanket music rights. It’s as straightforward as that.’

However, the picture gets more complex for major streaming and download services, which are typically multi-territory and need a pan-European licence to cover their overseas operations. Unlike UK-only licensing practices, there are no blanket licences or public tariffs. Services need separate licences from a number of rightsholders for different repertoire. These licences are negotiated separately on a bespoke basis and will be subject to the confidentiality levels needed to comply with competition law.

Each major online service has its own PRS for Music account manager who will make initial contact, lead the licensing process and oversee the relationship between the service and PRS for Music’s data processing teams. ‘For the big services, we’re running full transactional licences, so that means every stream or download must be reported and broken down by territory and period - to the extent our licences require them,’ says Jon.

It’s inevitable that issues arise between collecting societies and digital music services from time to time. Ultimately the price of music - in this case, the rates charged for licences - is the biggest pressure point. But there can also be major issues surrounding data quality, when the service needs to provide the data, how the collecting society uses it and when the service will be invoiced on it.

Those involved in licence negotiations at PRS for Music work hard to ensure a consistent approach is taken, particularly in relation to the valuation of rights and the application of royalty rates and minima. Jon says. ‘We don’t want to skew the market. If a service was able to negotiate these rates down and pay a lower licence fee than their competitors for a similar service, we could be in danger of giving them an unfair advantage.’

The terms of all of PRS for Music’s licensing schemes and major bespoke licences are scrutinised by the society’s Licensing Committee and Boards. The process is much the same for the online sector as it is for other areas of the business, and licence terms can be rejected if they do not represent fair value for members.

If discussions end in gridlock, it’s time to escalate. ‘The first thing we have to consider when licensing negotiations break down, or when a service is unlicensed, is whether the service is or has been committing an unlawful act,’ says Tim Rawlinson. ‘If the service is out of licence, but making music available to users, it will be committing copyright infringement.’

In the first instance, any difficult cases will be escalated within the licensing team and, if necessary, PRS for Music will inform its members of the details. Jon Hall says: ‘These services are competitive businesses, it’s in their DNA to negotiate. So often, it’s about explaining the situation and what could happen if they remain unlicensed or are about to become unlicensed.’

At this point agreements are generally reached, however, sometimes things go further. Simon Bourn, PRS for Music’s senior lawyer and head of litigation, Enforcement and Anti-Piracy, leads a team which is there for when things go awry. He works closely with Tim, Jon and the rest of the licensing team to find the right solutions.

‘Litigation and other forms of enforcement action are a last resort for us,’ he says. ‘Our preference is always to license a service and to get the right level of royalties flowing back to our members. But if that isn’t possible then legal action has to be taken in order to safeguard and protect the value our members’ rights.’

There are usually two main areas of contention - a dispute over licensing terms or a dispute over liability. With the latter, the service is essentially saying it doesn’t need a licence. Some of these services will get passed straight to the society’s Anti-Piracy Unit, which takes steps to remove our members’ repertoire from unlicensed and pirate services.

More complex legal cases will be handled by Simon’s team and external litigation specialists. ‘For example, we’re currently seeing some UGC [user generated content] services, which “crowdsource” content rather than obtain it through the traditional methods of digital distribution, try to take the position that they are merely internet intermediaries which should be exempted from licensing. Reliance is made, incorrectly in our view, on the “safe harbour” defences provided under European legislation,’ says Simon.

Digital music services are competitive businesses, it's in their DNA to negotiate

But whatever the defence, when there’s no licence in place and the service insists it doesn’t need one, it could wind up with an infringement case in the High Court. The court will then establish if infringement has occurred and who is liable. ‘If we’re successful, we could be awarded an injunction, damages or an account of profits, interest and our legal costs,’ Simon explains.

Liability disputes are unusual, and PRS for Music is more likely to face resistance to set licensing terms - which, if an agreement cannot be reached, would be a matter for the Copyright Tribunal to determine rather than the High Court. But, across the board, legal action remains a rare occurrence.

As Tim explains: ‘It’s foremost about trying to find solutions. We try to do everything we can to license the service without undermining the value of the music. As an organisation we are pro-licensing, our preference is always to license and we help them in any way we can. It’s better for our members when we’re working together.’

Visit the dedicated Streamfair section of the PRS for Music site for more information.

PRS for Music recently announced details of a new deal with SoundCloud. Read the full story.

Business and Money
Back to top