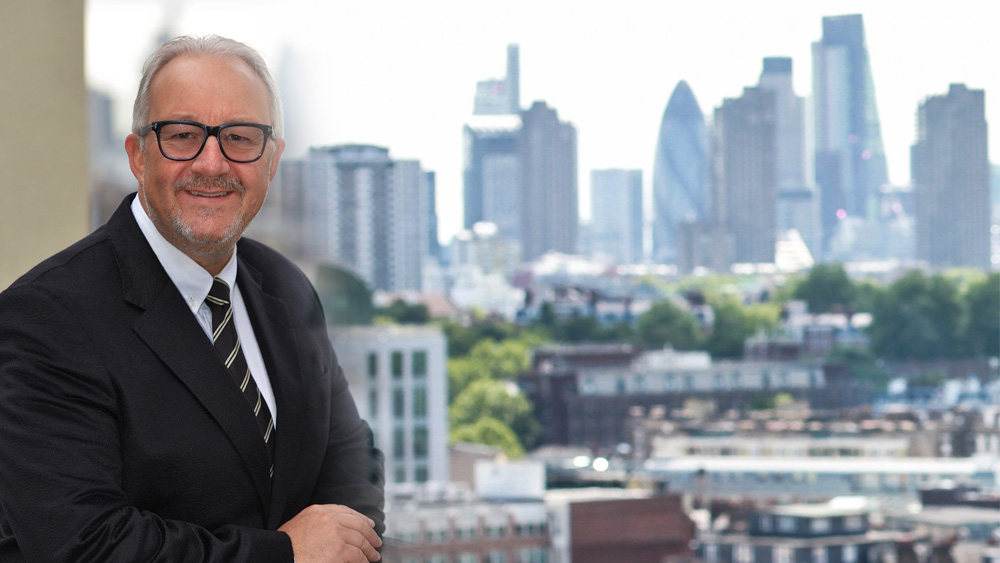 Changing step: Nigel Elderton on the evolution of PRS' governance

Chair of the PRS Members’ Council, Nigel Elderton, discusses the impact of COVID-19 on its members’ livelihoods and how it will ensure that ‘PRS remains one of the best PROs in what has become a very competitive world. ‘

For more than forty years, Nigel Elderton has been at the beating heart of the British music industry.

A seasoned publisher, Elderton launched his career at Chappell Music in 1975, moving on to EMI Publishing and eventually peermusic, where he would become managing director and European President.

Now chairman of the PRS Members’ Council — he was reappointed for an additional three-year term in 2020 — Nigel guides directors in their decision making to protect and preserve the value of PRS members’ music. In the year he was re-elected, he was responsible for spearheading the historic governance changes that would allow PRS to improve its membership experience. But, since COVID-19 rocked the foundations of the industry, the urgency to cut costs and improve efficiency has increased.

It’s no secret that music creators have been hit particularly hard by COVID-19. Despite PRS distributing a record £699.4m in 2020, the last 18 months has arguably been the most troubling period its members have experienced en masse in recent history.

"To provide a cost efficient, accurate and transparent service which is best of breed is our mantra."

As we reach the end of a turbulent 2021, M Magazine spoke to Nigel to ask whether COVID has changed the state of play for the PRO, why becoming a more inclusive collections society is key and what it means to sit on the PRS Members’ Council.

The last two years have created unprecedented challenges for the music industry. How has the pandemic impacted the work and priorities of the Members’ Council?

The PRS Members’ Council has continued to work effectively, albeit remotely. Directors and management have made a fantastic effort to adapt. I think one of the biggest challenges for us initially was that we weren’t in a room together to discuss the impending pandemic and how PRS was going to be able to continue to process royalties and get distributions out on time.

Fortunately — due to the herculean efforts of PRS staff — we were able to accelerate money through the system and into the hands of our members who were experiencing hardship. As you can imagine my priorities, and that of our Members’ Council, was to help management achieve these goals in the best way we could.

Speaking of priorities — obviously the distribution of royalties is number one — but could you give an overview of what the main priorities are for PRS?

As you say distribution and accurate processing of royalties takes precedence over everything else, particularly in such challenging times. That’s closely followed by the completion of several major negotiations that we concluded last year — the BBC and Sky are just two that come to immediately to mind. TikTok was also another notable deal that we managed to close off.

What has been the toughest decision that the Members’ Council has had to make in the last 12 months?

I would say a lot of the toughest conversations have been around the impact of the pandemic and how we can help members. In the very early stages, we had to mobilise the Member’s Fund into helping those that had been severely impacted by the lack of live performance work. Andrea [Czapary Martin, PRS for Music’s chief executive] and I worked on an emergency relief strategy which — along with other industry initiatives — was able to deal with the immediate needs of those who had lost all their live income.

PRS underwent a governance restructure in 2020. Can you tell me a bit about that and how successful you think it has been?

I’ve been on the board now nearly 30 years and, during this time, I don’t think we ever conducted a governance review — certainly not to the extent we have this time around. I felt — as did most directors — that this was well needed as the landscape of our business has changed so much in recent years with the fragmentation of rights.

How has that worked out over the last 12 months? COVID has obviously had some impact on progress, but the PRS Board has now changed to the Members’ Council with the smaller PRS Board sitting underneath dealing with the day-to-day decision. This has made the whole process a lot more nimble.

The new structure also allows directors more time for reflection and to look at the more strategic issues which has often been difficult when attending so many meetings. Of course, another important consideration with having fewer meetings is the associated cost savings, as well as the time we can invest in other areas of the business.

As I have said we have gradually started to implement these changes which were voted in at the 2020 AGM. We have also appointed our new President Michelle Escoffery who’s doing very well in her role and is beginning to engage with different parts of our membership as well as industry partners.

"We should have a Council which is reflective of our membership and, if we don’t have that, I really don’t believe hand on heart that we are able to hear their voices."

I would say that any Principal Voting member who is interested in becoming involved in the running of their society should stand. The Members’ Council is the representative body of a membership of 155,000 writers and publishers — if you feel you can contribute by bringing your skillset into the decision-making process, then we encourage you to do so. I certainly don’t want to put anybody off from standing, but the learning curve can initially be quite steep, particularly if you’ve not been on any industry committees in the past.

The one thing I would advise people to do is get involved in the many groups and sub committees. There’s a commercial advisory group (CAG) where licensing issues are discussed and the PRS licensing committee draws views which then feed into their deliberations. That’s a great way to start if you want to understand what’s going on in terms of the value of rights and how we license our rights to users such as broadcasters and Digital Service Providers (DSPs).

I certainly think that part of my role and that of our President’s is outreach and engagement with our members. It’s about encouraging ‘new blood’ and helping to make those would like to contribute feel confident enough to stand for election. It would be true to say that we have had a predominantly white, middle aged, male Board over many years, but recently we have made great strides to a create better gender balance and to encourage a more diverse mix of candidates. We still have some way to go to be truly representative of our membership and the Members’ Council — Michelle and I have initiated a subgroup of the Council to look at how we can make the process of standing for the Board easier and more inclusive.

Some people — particularly on social media — have commented that PRS should focus less on Diversity and Inclusion (D&I) and more on distributing royalties. Why is a company-wide D&I strategy so key to PRS’ success?

As I have said we should have a Council which is reflective of our membership and, if we don’t have that, I really don’t believe hand on heart that we are able to hear their voices. This is not just a problem for PRS, but our entire industry has woken up to the fact that ethnicity and gender representation is a real issue that we have to tackle. Thankfully we all want to see change and we are working hard to rectify this in numerous ways.

As for the criticism that we should prioritise our focus on the operational aspects of the business — I disagree. I see no reason why D&I should not be interwoven into all that we do, not just singled out as some sort of project — it should form part of the day-to-day engagement with our members. Without our members we have no royalty distributions!

What would you say are the biggest challenges PRS face in 2022?

The music industry has been changed immeasurably by COVID. Our financial performance in 2019 gave us a strong foundation to face the impacts of the pandemic, but we are still dealing with the repercussions two years later.

On a more holistic scale, the fragmentation of rights continues with rights changing hands at a rate never seen before. We must ensure that PRS remains one of the best PROs in what has become a very competitive world. This is the only way we can retain members and have them value what we do. This is of paramount importance — to provide a cost efficient, accurate and transparent service which is best of breed is our mantra as we head toward our goal of being a billion-pound turnover society.

If you could change one thing about the music industry today, what would it be?

If I could, I would change the perception of the value of music. There are a number of campaigns that have been launched recently that pose this question: Do songwriters and publishers receive fair value for the rights that we represent? There are many differing opinions on this depending in which part of the musical echo system you inhabit. I think that is quite right that having now entered the digital age we should test those values against those who also share the digital pie.

Finally, what has been your favourite live music experience since we’ve been allowed to go to shows again?

I was extremely fortunate to be able to visit Glastonbury between lockdowns to attend the small festival that Michael Eavis organises as a thank you to the residents and business owners of the town. I was so disappointed that Glastonbury didn’t happen again this year, but at least I could get down there to enjoy some live music.

We sat in the field next to that wonderful old Saxon church. It was a perfect heady summers evening, just right for the first live music that I’d heard in over a year. I really did make me realise just how important and how much I missed the live music experience. It was just the charge of electricity that I needed after such a terrible year of the pandemic. A truly magical evening. 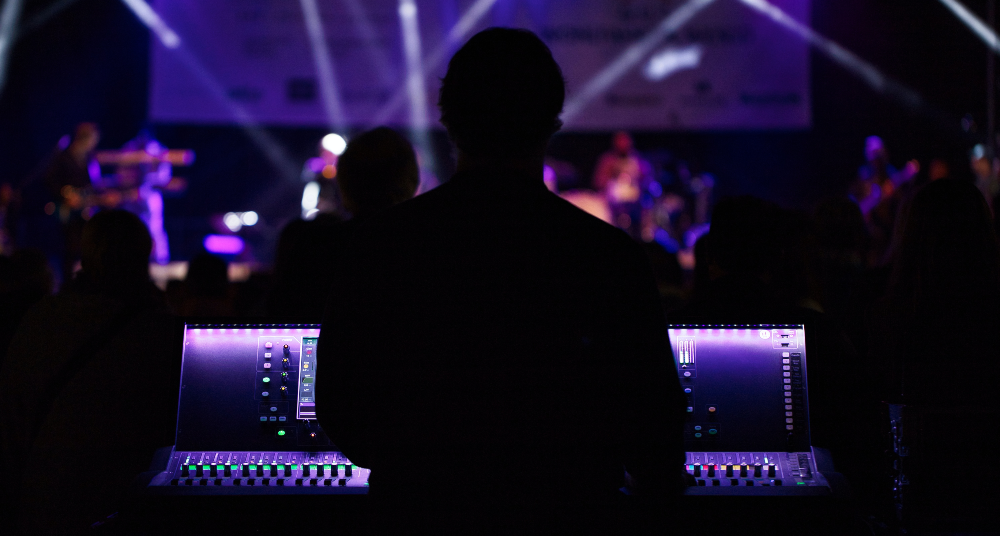 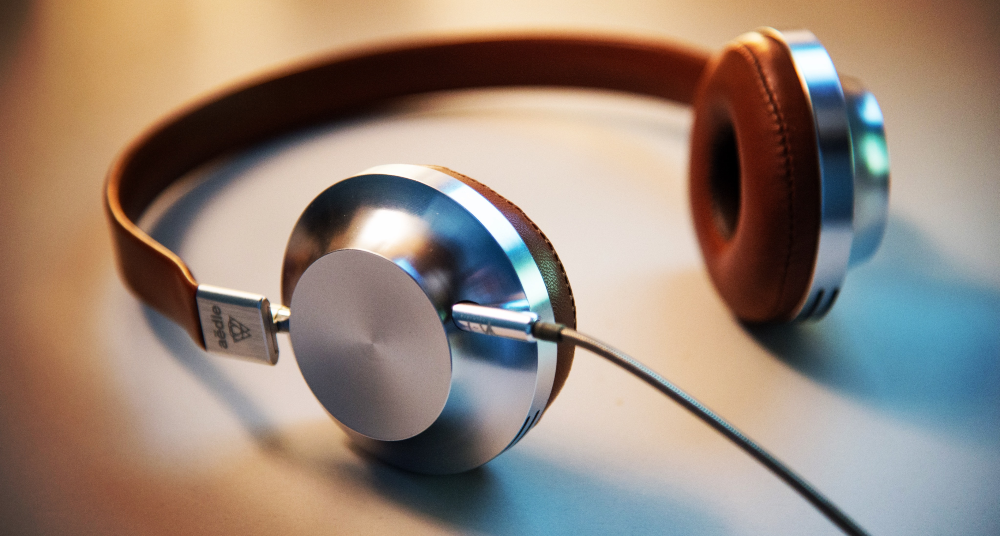 Jamie Njoku-Goodwin calls on government to cut VAT from its current 20 percent and extend help with business rates.