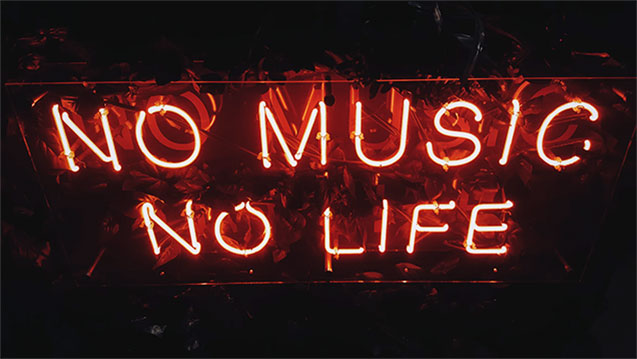 We debunk the myths and misinformation swamping Twitter as the internet's biggest brands mobilise to lobby MEPs ahead of a crucial vote on copyright law.

This week, the internet is even more preoccupied with itself than normal, as focus turns to an upcoming European Parliamentary vote which could affect some of its biggest brands and corporations.

After more than 17 years, the EU is considering updating copyright laws to make them relevant for the digital age – bringing ramifications for multinationals and creators either way the vote goes.

One of the fundamental changes – the now infamous Article 13 – centres around whether large profitmaking content platforms should fairly reward creators for the use of their work.

If you’re a music-maker, songwriter, producer or creative, the answer seems pretty straightforward. A new legal framework to ensure that online services pay creators and respect the content they use is a no brainer. Which is why Article 13, along with several other proposals, was passed by EU Parliament’s legal affairs committee last week with a majority of 15 to 10.

Now it’s down to the wider parliament to make the call, with Members of the European Parliament (MEPs) having their say on 5 July. The issue has triggered one of the biggest counter-campaigns by the tech lobby in EU history, so a full vote in favour of creators next week is far from in the bag.

In an era of fake news and lobby groups with ultra-deep pockets – Google declared spending nearly €5.5m (£4.9m) on EU lobbying in 2016 alone – it’s becoming increasingly hard to separate fact from fiction, especially on an issue so fundamental to communication and creativity.

Some groups are opposed to the proposed Copyright Directive on the grounds it will ‘shut down the internet’, ‘ban memes’ or even hamper creativity itself.

PRS for Music, a non-profit organisation which represents thousands of songwriters and composers in the UK and beyond, has been campaigning for this new copyright legislation – fit for the internet age – for more than four years.

Here, John Mottram, the company’s head of policy and public affairs, debunks some of the myths and misinformation currently fuelling the Twittersphere, and explains why meaningful legislation which supports the future of creativity online is an absolute must…

FALSE: Article 13 will censor the internet
It will not lead to censorship of the internet. This argument is not based in fact, and easily dispelled by even a superficial review of the proposed directive. It is being propagated by companies which, ultimately, have a vested interest in not sharing their income fairly with creators.

FALSE: Article 13 will restrict internet users
Article 13 imposes no obligation on users. The obligations relate only to platforms and rightsholders.

Actually, Article 13 makes it easier for users to create, post and share content online, as it requires platforms to get licenses and for rightsholders to ensure these licences cover the acts of all individual users acting in a non–commercial capacity. In short, most users no longer need to obtain separate licences.

FALSE: Article 13 threatens online blogging platforms, code-sharing services and encyclopaedias like Wikipedia
Article 13 would only be applied to certain types of services, specifically those whose main purpose is to make a profit from storing and making available copyright-protected works.

Services operating on a non-commercial basis, or where the presence of copyright works are supplementary, such as blogging sites, are specifically excluded from the requirements to obtain a licence.

FALSE: Article 13 will stifle creativity
This is an argument which is as old as copyright itself and time and again has proven to be untrue.

In fact, the opposite is true, as the proposed changes will benefit creators of user generated content. Under the current system, it is the user who is required to clear the individual rights for the creation.

FALSE: Article 13 will make memes illegal
Parodies, such as memes, are already covered by exceptions to copyright, and nothing in the proposed Article 13 will allow rightholders to block the use of them.

Parodies are widely available on sites which already deploy content recognition tools and there is no evidence that this process has been detrimental. Currently, it is possible for there to be disputes between uploaders and rightholders as to whether a specific usage is covered by an exception – but the Copyright Directive will not alter this.

FALSE: Article 13 will kill remixes
Services can be licensed to support remixes – and many already are. Look no further than the recent announcement about Mixcloud’s new licence.

In most cases, mash-ups are covered by existing copyright exceptions (such as parody, criticism, citation). So, they can be created and posted by citizens on the basis of these exceptions.

FALSE: Article 13 will be too expensive for small business and start-ups
Article 13 clearly states that Member States shall ensure that the measures shall be appropriate and proportionate, meaning that the types of measures which are deployed must reflect the specific size and scope of the service.  The market already provides a wide range of content identification system at a wide range of prices.

FALSE: Article 13 is in breach of fundamental privacy rights
Article 13 specifically states that the measures should not require the identification of individual users and the processing of their personal data and should be in full compliance with the General Data Protection Regulation.

FALSE: Article 13 will result in a monolithic blocking tool to stop content
At the core of this concept is the idea of a super app, which can identify every piece of copyright content across billions of uploads in every EU country – and then block it.

Even putting aside the impracticality of such a concept, the argument is flawed for the simple reason that it assumes creators and producers are incentivised to block access to their works.

Centuries of copyright have proven this is not the case. Indeed, one of the core principles of copyright is that it incentivises the licensing of works. Requiring online platforms to obtain a licence will not lead to mass-scale blocking of copyright works online.