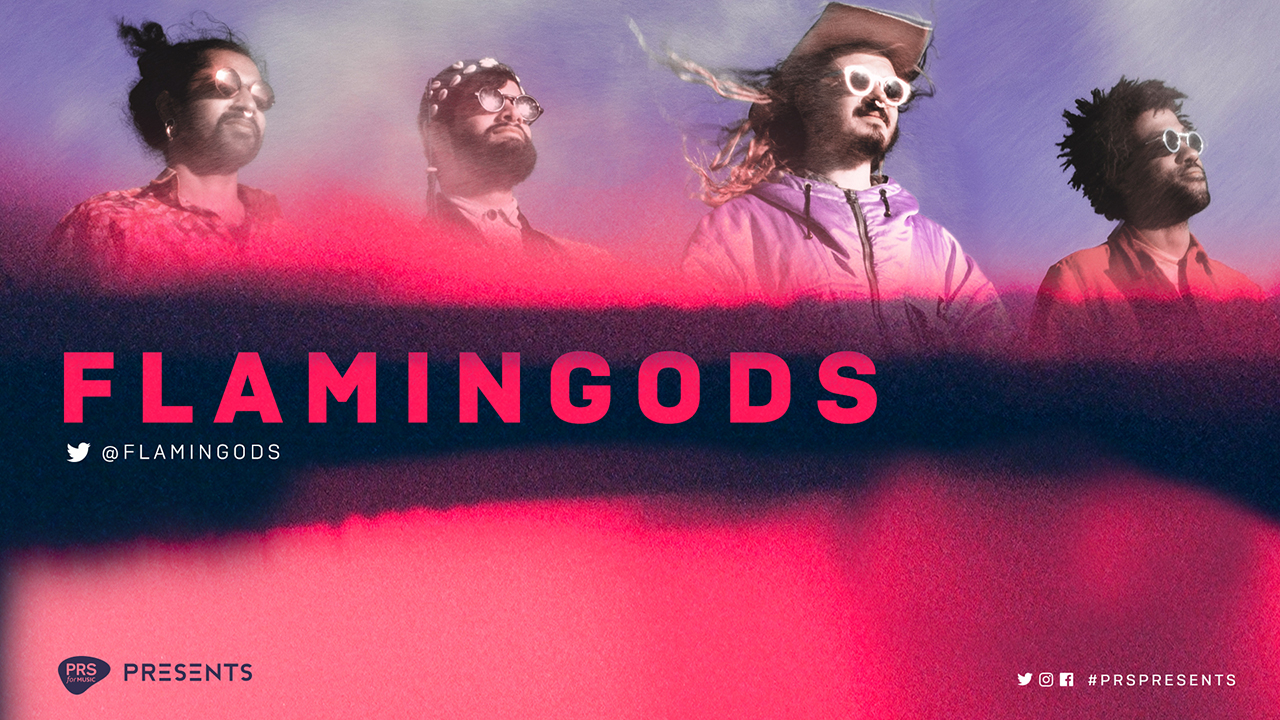 Since his release, Hak has gone from strength to strength, recording music, playing international shows and being championed by the likes of Skepta, Annie Mac, Matt Wilkinson, Huw Stephens and many more. Now, following the release of his critically-acclaimed debut EP, Misfits, Hak’s future is bright.

From a turbulent background has emerged a graceful and deeply adept artist, whose combination of a pared-back folk sound with raw vocal performance and quick-witted East London charm really makes for something truly unique.

Flamingods are a four-piece, multi-instrumental band from Bahrain & London founded in 2010.

The group explores and experiments with an array of influences from Western psychedelia, jazz and indie to a wide-eyed obsession with music from the East. Using a vast selection of instruments from the Middle East and Asia, the band marries this with Western instrumentations of synthesisers, guitars and drums to create a potent sound all of its own that they call ‘Exotic Psychedelia’.

They have previously released music on an array of reputable indies including Moshi Moshi, Soundway, Art is Hard and Shape and are currently working on their fourth studio record.

Blue Lab Beats are producer NK-OK and multi-instrumentalist Mr DM. The pair met at age 13 and 18, bonding over a mutual admiration for jazz, hip-hop and neo-soul and electronica. They both attended Tomorrow’s Warriors whose hub at the Royal Festival Hall has nurtured many of the artists in the London Jazz scene.

Both of the band’s debut releases Blue Skies and Freedom received widespread critical acclaim from tastemakers both inside and outside of the genre, across radio and press including; Giles Peterson, Benji B, Toddla T, Huw Stephens, Chris Phillips (Jazz FM), DAZED, Evening Standard, The Guardian, i-D, Jazz FM and Afropunk to name a few.

In this debut album, Blue Lab Beats further explore the mix of genres and styles that have made many place the duo amongst the leaders of London’s emerging new jazz scene. The album is literally a ‘cross over’ (XOVER) of two distinct halves that will appeal to both jazz lovers and fans of a more eclectic sound.

Listen to Blue Lab Beats
Back to Presents