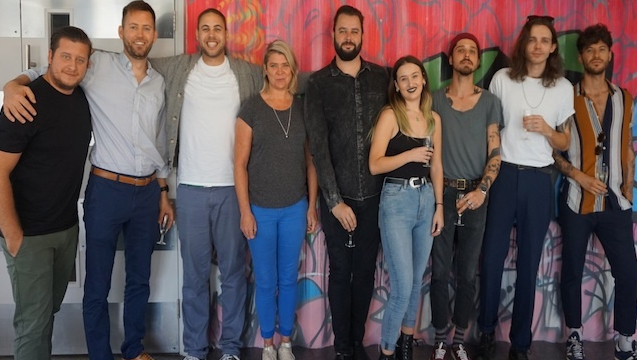 ‘Their energy is ridiculous’ Sick Joy sign to Bucks Music

The band established themselves in the city in 2016, launching the project with a sold-out show at Patterns with Demob Happy and Tigercup.

Earlier this year the band sold out a headline show at Camden Assembly as part of the venue's Spotlight showcase events, it was at this show that the band met Bucks Music A&R assistant, Hannah Vincent.

Vincent said: ‘I came across Sick Joy at their Camden Assembly show back in January and was completely blown away. Their ongoing drive and creativity makes them one to watch out for. We’ve created a team that I’m proud to be a part of and I’m extremely excited about the future.’

The band have so far enjoyed support from the likes of BBC Radio 1, Radio X and Kerrang! Radio, as well as beginning a partnership with Say Something Records.

Bucks Music Group’s director creative A&R, Sarah Liversedge Platz, said: ‘Very proud to say this is Hannah’s first signing to the Bucks roster – her enthusiasm and passion for Sick Joy all fell into place for me when we caught the band’s show at Camden Rocks.

‘Their energy on stage is ridiculous and there is a real strength and richness to Mykl Barton’s songwriting.’

Sick Joy’s manager, Tom Lynam, said: ‘I’m really excited to be working with Hannah, Sarah and the team. Their enthusiasm and passion for Sick Joy is incredible. The future of guitar music is an exciting place to be right now and a Bucks Music/Sick Joy collaboration is a perfect match.’

In October the band head out on tour for a string of shows across the UK. Their latest release Dissolve Me has been lauded by critics including Clash Magazine.
News
Back to top
Close