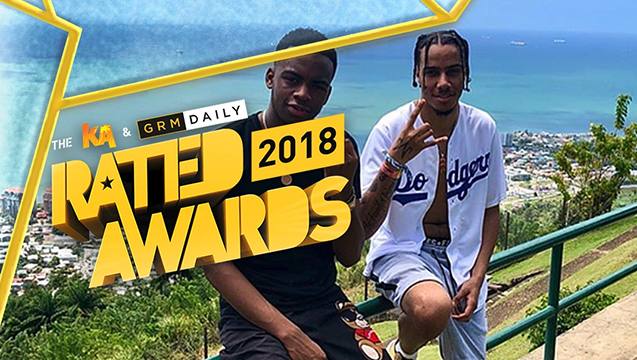 AJ Tracey wins Track of the Year at Rated Awards

AJ Tracey, D Double E, Michael Dapaah, and Not3s are among the names to win big at the GRM Daily Rated Awards 2018 in London last night.

Held at the Eventim Apollo in Hammersmith, London, the event saw some of the biggest names in UK music gather to celebrate an exceptional year for the urban music scene.

This is the fourth year the publication has hosted its annual award ceremony, which was presented by Julie Adenuga, Stormzy, Tim Westwood, Jessie Lingard and more.

Iconic East London rapper D Double E took home the GRM Legacy Award for a career spanning 15 years. The rapper has inspired Grime heavyweights like Skepta and Dizzee Rascal as well as countless other MC’s who followed his career from his days with N.A.S.T.Y Crew.