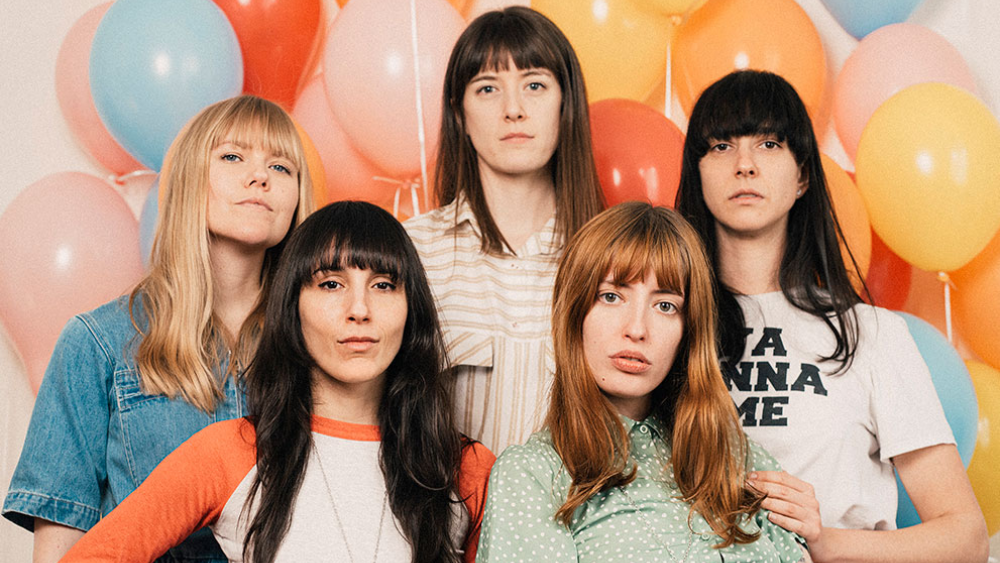 In this issue of our Spotlight series, we introduce a band certain to lift you out of any potential winter lockdown gloom. The band in question is the magnificently named Los Bitchos.

In a short amount of time, the band has toured with some of the biggest names in indie, released a string of acclaimed singles and have been featured in any influential publication you care to think of. Although the plights of 2020 have seen off a great deal of their plans, you can’t help but think 2021 is going to be Los Bitchos’ year. Discover more below.

Los Bitchos, who describe their sound as ‘instrumental psychedelic sunshine cumbia,’ are the kind of band you’d dream of running into on an impromptu night out. Their sprit of fun and the Latin grooves they so effortlessly produce are highly contagious, capable of eking out a vigorous toe tap from the most resolute of ‘non-dancer’ stiffs.

The band met in London - though members hail from as far and as wide as Perth (Australia), Stockholm, Montevideo and Croydon - and have been lighting up stages and festivals ever since. Notably, the band have landed impressive tour support slots with artists like The Black Lips, Bill Ryder Jones and Mac De Marco, as well as having received copious support from taste makers such as BBC 6 Music’s Marc Riley and KEXP’s Cheryl Waters – check out their KEXP performance below, it’s a beauty.

Through Lockdown, the band have created their own radio show, Planet Bitchos, which metaphorically ‘hits the road’ each month to explore a new part of the world, meeting the locals and tuning into their music, stories and experiences. It’s definitely worth checking out, which you can do so here.

Bring us dancing, grinning and cocktail sipping our way out of the current lockdown, albeit into a rather dreary British winter.