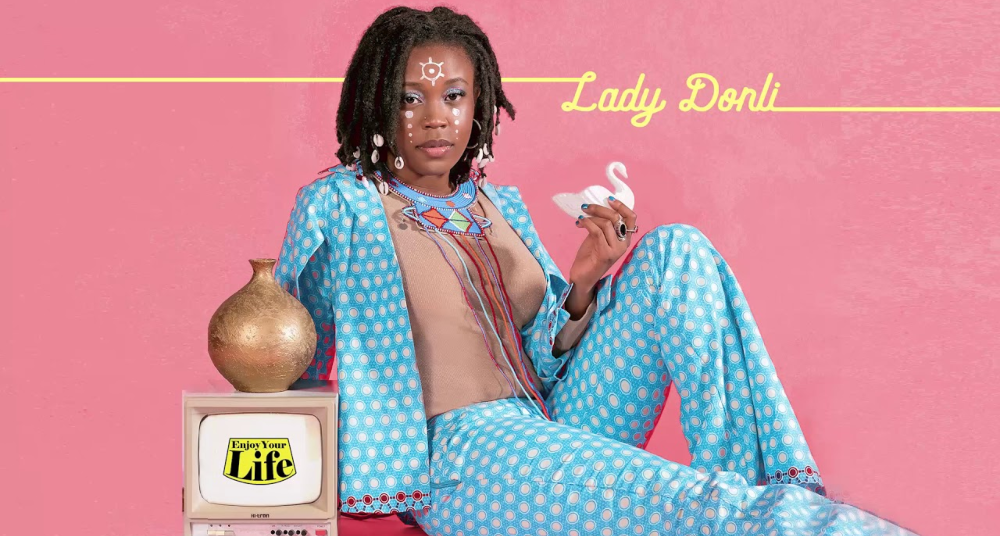 For this week’s edition of our Spotlight series, we’re directing your attention towards Lagos-based artist Lady Donli.

With influences that range from Brenda Fassie to Erykah Badu, Lady Donli is a sensation that embodies Pan-Africanism within the fabric of her music.

From her overall vibe and the way she chooses to express herself through her flamboyant dress sense, to her vibrant visuals which encapsulate Nigerian culture via songs such as Cash, she is showing the world that there is much more than Afropop to come out of Africa.

Born in Cleveland Ohio, Zainab Donli was the last of six bestowed unto her parents. Not long after her birth, the family relocated to her father’s homeland of Nigeria where Zainab would spend her early years growing up between Abuja and Kaduna.

Zainab’s early life consisted of her watching and listening to her older brothers’ music. He was a rapper and writer and had his own group in Kaduna made of him and three others (Pherowshuz, Terry tha Rapman, Overdose) who would play a major role in influencing Zainab’s pursuit of a career in music. In school, she would write poetry and became renowned for making music in class. After leaving secondary school, Zainab travelled to England to complete her A-levels whilst continuing her musical endeavours. She then went on to study law at the University of Surrey.

Having graduated in England, she left and returned to Abuja in Nigeria but her friends informed her that Lagos was the place to be if she wanted to pursue her musical career.

From then, Zainab (now referred to by her artist name Lady Donli) identified herself as part of Nigerias ‘Alte’ music scene, known for blending sounds from multiple genres of music including Afrobeats, R&B and soul. Her first project released in 2014 was a 12-song mixtape entitled Love or War. Over the years she has gone on to collaborate with the likes of Davido, Odunsi and Mr Eazi and in 2019 released her debut album, Enjoy Your Life.

Lady Donli was nominated for the Nigerian Teen Choice Awards in 2015 and 2018 for ‘Best New Act of The Year’ and The Headies in 2019 for ‘The Best Alternative Song’.

A fusion of different genres garnished with African soul.