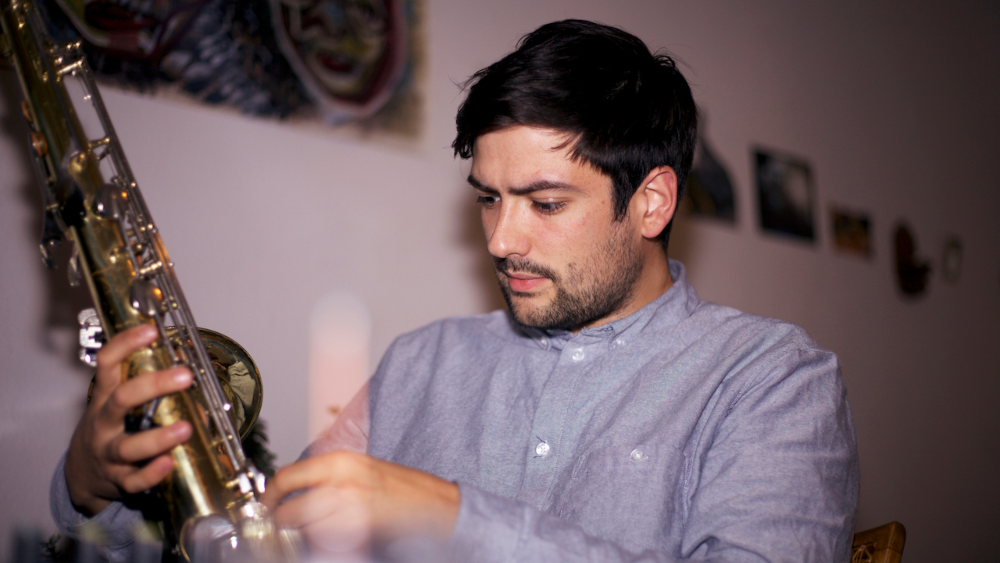 In this edition of Spotlight, we meet Ishmael Ensemble, one of the current crop of intriguing new jazz acts making waves in the UK alternative music scene. The group have been active since 2017 and released their debut album last year to unanimous critical acclaim. Discover more below.

Ishmael Ensemble is the brainchild of the saxophonist, DJ, producer and bandleader Pete Cunningham. Cunningham draws from an eclectic mix of influences, from classic jazz sensibility to dub-infused electronic beats. Ishmael Ensemble’s native city of Bristol, and the DIY ethic that abounds there, also plays a key role in the formulation of their music, such as the Massive Attack inspired hip-hop drone that permeates through much of their work.

Originally a solo performer, Pete Cunningham enlisted his current band after returning from a succession of tours, feeling as though a compromise was being made in the live set by not having enough hands to do the music justice. As a familiar face on the Bristol music scene, it wasn’t long before Cunningham was able to start performing with a full band under the moniker Ishmael Ensemble.

The band’s debut album, entitled A State of Flow, is a fascinating piece of work, typifying their ability to gracefully move through their extensive sources of inspiration and create music that is both unique and unpredictable.

The group recently contributed to the Blue Note Re:imagined project alongside fellow UK contemporary jazz trailblazers Ezra Collective, Nubya Garcia and Melt Yourself Down, among many others. The album offers re-workings of the iconic Blue Note back catalogue, arguably the most influential jazz label of all time. Ishmael Ensemble recorded a soulful and driving rendition of the McCoy Tyner classic Search For Peace that’s very much worth seeking out.

The UK appears to be in a jazz renaissance at the present time, with BBC 6 Music tastemakers and the music press regularly providing airplay and column inches to the exciting new generation of talented jazzers coming the fore. Ishmael Ensemble is a particularly exciting proposition within this general trend.

Reach swathes of jazz fanatics and recent converts, challenging and surprising them in equal measure.

The brooding and atmospheric single, The Chapel. Watch the video below.