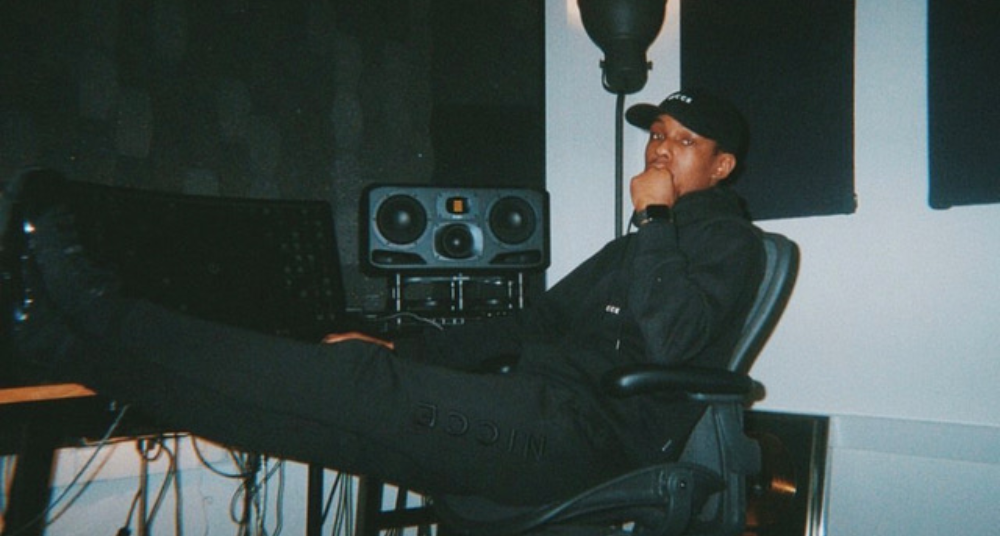 The mystique surrounding this young and gifted producer is one that keeps his followers wanting more. With inspirations that range from fellow iconic UK producer DaVinche to world renowned music producer and recording artist Dr Dre, iO aims to leave his own imprint on the UK scene.

But it doesn’t stop there. Having built an elite clientele consisting of Skepta, Burna Boy and Dave, the south London native has his sights set on even bigger achievements in 2021 and beyond.

For many producers, the love of music begins at an early age. iO’s story began in south London but at the age of 9 his family relocated to Manchester where he spent the majority of his life, before returning back to south London on his own at 22.

Prior to moving, six-year-old iO would regularly attend studio sessions with his father and had dreams of one day being an artist in his own right. Growing up, he would be surrounded by the rhythmic sounds of Michael Jackson whose tracks his father played on his beloved sound system.

Fast forward a few years and having witnessed his older brother play the keyboard at home, and in church on a weekly basis, iO began to take an interest in the art form himself and he started playing around on the beat making software Fruity Loops at age 14. His interest developed further and by the time he was 16, he too was playing the keys in church and would combine this with his beat making skills.

His extended family were also passionate about music, and during a week where he visited his cousin’s studio to film a project for his media and film production course, inspired him become a music producer and by the time he graduated In 2016, his mind was made up and he decided he would take his music seriously.

His first breakthrough came in the form of 20,000 plays for the song B**** Better Have My Money by Rihanna, which he remixed/flipped and uploaded to Soundcloud. He would then go on to secure his first major placement on J Hus’ debut album Common Sense, where he is credited as a producer on number of songs including Spirit, Sweet Cheeks and Leave Me. This opened doors and led to him producing the hit single Cool Kid for Loski and established him as a producer in his own right.

More recently, his contribution to the African Giant album by Burna Boy in 2019 landed him a Grammy nomination and he also achieved No.1 in the UK Album charts with Big Conspiracy by J Hus and Edna by Headie One in 2020. iO has since gone on to produce hit singles including Headie Ones’ Princess Cuts which has gained astronomical streaming numbers.

A concoction of percussion that has been perfectly cooked to perfection.

Make each listener feel a real groove in their shoes or take you on an emotional journey.