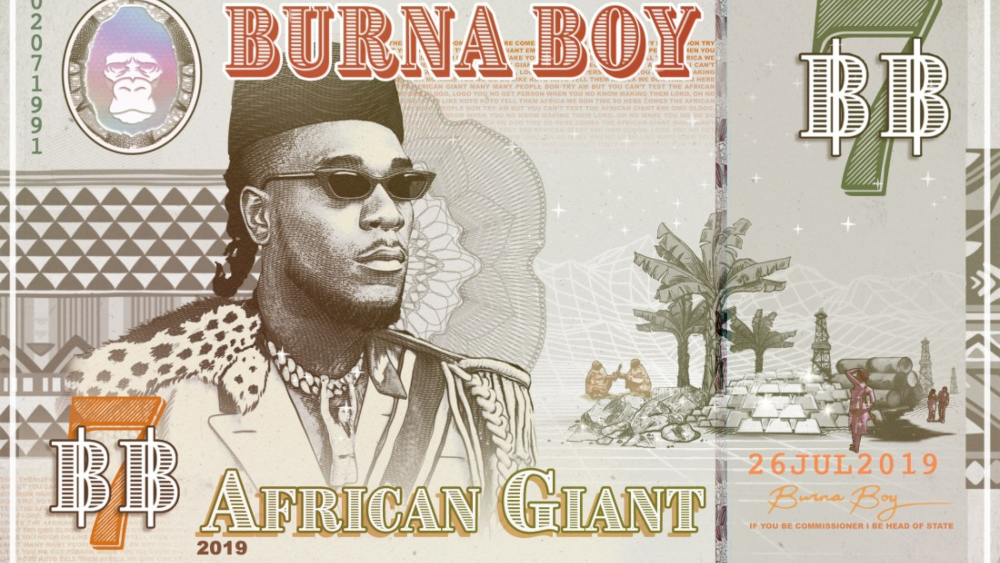 Following the release of his Real Life video, not to mention a killer couple of years, we’re shining a spotlight on Burna Boy.

They’ve hailed him as the Fela Kuti of our generation and the giant taking over the nation of Africa, so it’s only right that we find out who Burna Boy is, right?

Burna Boy’s third studio album Outside was released in January 2018 and peaked at No. 3 on the US Reggae Album Chart (Billboard). Featuring the likes of Mabel, J Hus and Lily Allen, Burna Boy, the Nigerian star has left a trail of fire in his path.

In July 2019, he followed up with the album African Giant which featured the likes of Damien Marley, Jorja Smith and Angelique Kidjo. His most recent offering, Twice as Tall (referencing African Giant), saw features from the likes of Stormzy and Chris Martin and was exec-produced by P.Diddy.

You can watch the newly released video for Burna’s Stormzy collaboration Real Life below.

Damini Ebunoluwa Ogulu (born 2 July 1991), known professionally as Burna Boy, is a Nigerian singer songwriter who rose to prominence in 2012 following the release his single Like to Party.

Growing up in southern Nigeria, his father managed a welding company and his mother worked as a translator. His grandfather Benson Idonije once managed the late great Fela Kuti which played a substantial role in Burna Boy becoming who he is today. His mother Bose Ogulu would later become his manager and still holds that position to date.

Over the course of his career, Burna has racked up a number of collaborations which include working with global superstars such as Ed Sheeran, Dave and more recently Sam Smith.

A man of very few words, he lets the music do the talking, and it does so in an electrifying way. This has been proven through his sold-out concerts at both the Brixton O2 (2018) and Wembley SSE Arena (2019), as well as his streaming numbers on various DSPs reaching the tens of millions.

The future is extremely bright for the Nigeria-born phenomenon and it doesn’t look like the flame within Burna Boy will be burning out anytime soon.

A strong and confident vocalist who’s comfortable demonstrating range and rifts at will.

Make you shake your shoulders like you’re in - 30-degree weather.

Ye, Wonderful, JA ARE E and On the Low.