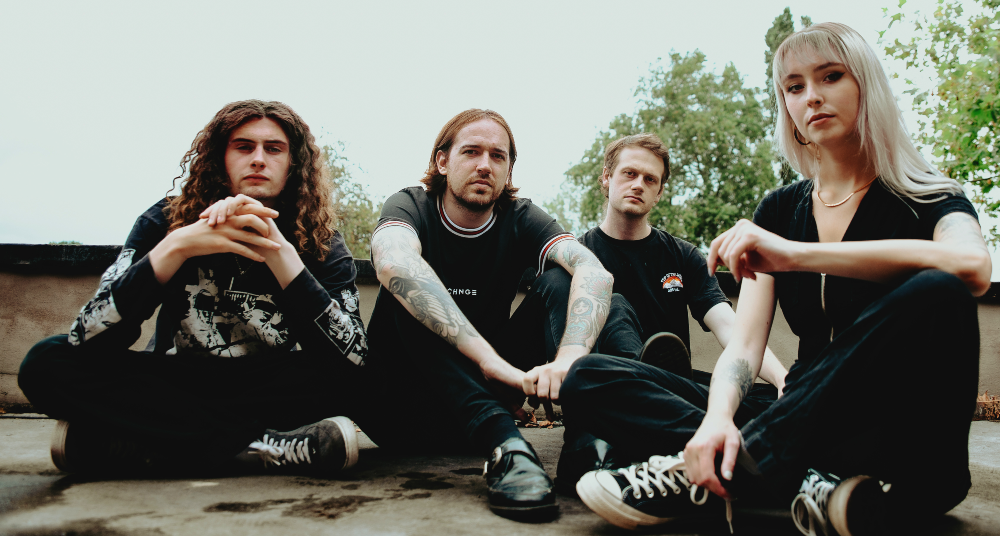 Bleach Lab originally hail from Buckinghamshire and released their debut single back in 2019 – a simpler time for many of us. The sense of loss and change that permeates much of their music seems rather poignant in today’s world, evoking a sense of reflection that has become familiar to many.

19 March will see the release of the band’s new EP, which explores the feelings of grief associated with the loss of a close family member and the dissolution of a long-term relationship. Their new single, Old Ways, explores the sense of anger that loss can entail. On the track, singer Jenna Kyle’s sorrowful yet elegant vocals take centre stage amongst a soundscape of intricate drumming and yearning guitar lines.

This band are not to be missed, so discover more below.

Scouring their discography, it’s clear that the members of Bleach Lab arrived on the scene with a distinct intention for the direction the band’s sound. That sound marries Marr-esque, jazz-tinged guitar playing with the mournful vocal phrasing of singers like Hope Sandoval and Julia Jacklin. Though there’s certainly a dreamlike quality to Bleach Lab’s output, their stories of heartbreak and loss are firmly placed within reality, the band unafraid of laying it all on the line with honest, direct lyricism and fuss-free production.

Last year, the band released Never Be, the first single taken from their forthcoming EP to widespread acclaim from publications such as DIY, So Young and Gigwise, amongst many others. Speaking of the EP, Bleach Lab write, ‘The EP melds together two traumatic experiences of grief: the death of bassist Josh Longman’s father and the breakdown of singer Jenna Kyle’s long-term relationship.’

Subverting the model of the five stages of grief, with lyrics written jointly by Kyle and Longman, the EP explores the vast spectrum of emotions experienced during the grieving process. The next single to be released from the EP, Old Ways, explores feelings of anger, as Kyle explains, ‘Old Ways explores the angry side of the grieving process at the end of a relationship. Anger towards the way in which they treated you but also towards oneself for still missing them regardless.’

Fans of acts like Julia Jacklin, Mazzy Star and Kurt Vile will enjoy the heartfelt lyricism and deft guitar work of Bleach Lab.

Resonate with new listeners by exploring profound and relatable subject matter, interlaced with a keen sense of truth and honesty.

The latest single from the band’s forthcoming EP, Old Ways.