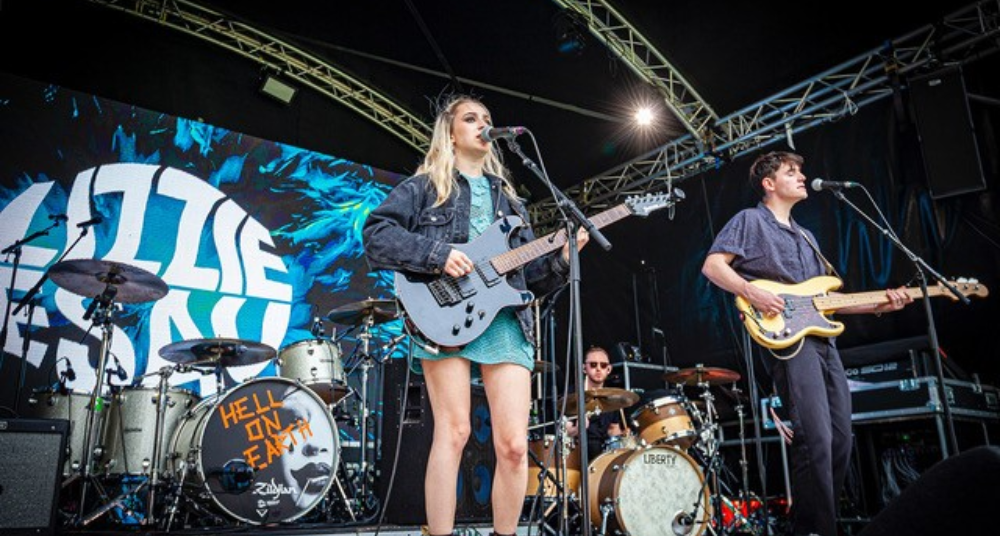 Lizzie Esau is off to a strong start. Having only just started out playing open live when the pandemic began, her musical career could easily have taken a hit. Luckily, she managed to carry on writing despite the devastating news cycle outside. In June 2021 she released her first single What If I Just Keep Driving, formally kicking off what looks set to be a rewarding songwriting career. The difference between where she is today after two years of solid writing, and where she was at the beginning of her journey, is palpable.

‘Before lockdown, I’d only just started playing open mics, just myself and a keyboard and a bit of track,’ she says. ‘That was it. It was just me going around seeing who would let me in and trying to play for them. I never did a band show or anything like what we’re doing now before lockdown.’

With her plans to form band put on hold, and through the encouragement of her manager, Lizzie took to Zoom as a way of continuing to collaborate with other musicians. Having something creative to focus on also helped her cope during a difficult time.

‘My manager was like, “Every day, collaborate with people.” I was doing Zoom calls all the time, I switched to doing live streams with my keys. I think it gave me way more time to stop the world and write about how I was feeling, which was a nice thing for me to do,’ says Lizzie. ‘I suppose everyone was trying to find different ways to cope with it and understand it, and I feel quite lucky that I had that.’

Starting out in unprecedented times has led to a few culture shocks when the music industry began to get back to something approaching normal, though. ‘It’s been quite strange for me, coming out of lockdown and realising how everyone did it before. Because I only knew the lockdown way. I’m like, “Oh my god, you meet producers in person?”', she laughs.

She now understands more intimately the disorientation that her colleagues and collaborators experienced during the early days of the pandemic, though. ‘Now I’m like, please not again. Don’t take it away from me. Obviously it was devastating for many reasons, but all the bands who felt sad not to be touring and everything – before, I had no clue,’ she says.

'I think most people, especially students, only really feel that happiness to a certain extent when they’re drinking, and that there’s a dark side to that, and a sad side with that.'

Lizzie’s latest single, Bleak Sublime, was partly inspired by her experiences playing live once things started to return to normal. A gentle, grooving track that explodes into something harder, Bleak Sublime explores the euphoria and dark side of partying.

‘Naturally, when we’re doing more shows and things, drinking is such a part of the lifestyle. I really enjoy it, the social drinking. I don’t think it’s a bad thing – I don’t think it turns us into monsters – but it’s something I was more aware of,’ says Lizzie. ‘It was also on my mind that it’s such a happy thing.  I think most people, especially students, only really feel that happiness to a certain extent when they’re drinking, and that there’s a dark side to that, and a sad side with that. We maybe rely on it a little too much, especially when you’re in a band or a student.’

Since she started out, Lizzie’s approach to songwriting has changed. She still writes the songs alone, but Bleak Sublime and other recent singles were developed further in collaboration with her band and manager. ‘We’ll go through them and see what we like, and then I’ll go and take them off to the band and we’ll work on it. They work on parts and it becomes ours, it becomes it’s own sound. We do that instead of taking it straight to a producer,’ she says.

Despite the change, her writing process has retained an instinctive element that comes from growing up in a creative family.
‘I work on a song by myself for so long, I don’t think I’ve ever just written a little idea and then shown everyone. It’s such a private thing for so long. Then as soon as I’m like, “Okay, I’ve got this to a point where I’m really happy to show it,” which is normally a good couple of weeks later, then everyone can have at it,’ Lizzie says. ‘Because I’m used to that process, I definitely trust it. I’m not afraid to send over loads of different ideas, because I know in the end we’ll all unpack it together.’

For Lizzie, that faith has given her the courage to experiment and work intuitively, not limiting herself to one genre or theme. As a songwriter, it has allowed her to forge her own path and form a unique catalogue. For now, she has no intention of narrowing her scope. ‘I definitely don’t like to put myself in a box,' she says. 'I like to keep it open. I feel like that’s what excites everyone.'

You can listen to Lizzie Esau on Spotify here.
New Music

Video Premiere: More Than You Give Me by Mica Millar

Mica Millar unveils the video for her new single More Than You Give Me, taken from her debut album Heaven Knows. 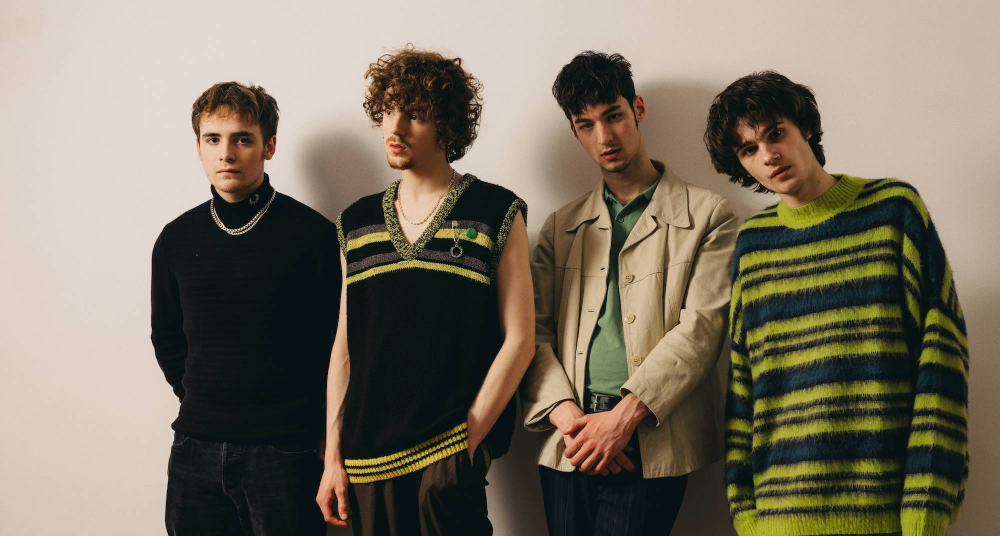 The Lounge Society: 'I think everyone naturally does write about politics.'

M Magazine chats to The Lounge Society about youth, politics, hometowns and their debut album Tired of Liberty.