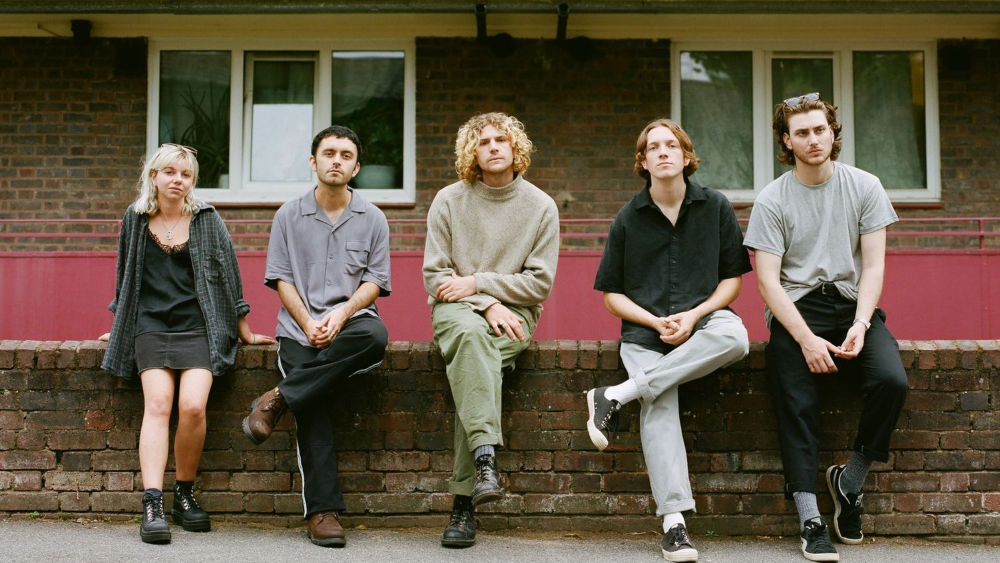 Get to know... Chappaqua Wrestling

Chappaqua Wrestling was formed in Manchester in late 2017 by songwriters Charlie Woods and Jake Mac. Since moving back south, they have been joined by Jude Lilley, John-Paul Townsend and Alice SK.

Now based in London, Chappaqua Wrestling have been championed by BBC Radio 1 and Radio 6 DJ's including Annie Mac, Phil Taggart, Steve Lamacq, and Radcliffe & Maconie. Support from BBC’s Huw Stephens and Jack Saunders saw the band being invited to play sessions at Abbey Road and Maida Vale Studios.

The band have just dropped their new single The Rift. You can listen to it below.

Hi Chappaqua Wrestling! Tell us a bit about yourselves…

We are Brighton born musicians who were raised in Brighton and New York respectively, specifically in a small town upstate called Chappaqua. We went to Manchester University together after a long friendship and started the band there. We love all things Manc’ music and also had a huge influence of Americana from our parents and the time living out there. A merge of the two of those sounds is what comes out of us, I suppose.

Your music is a brilliant mix of genre and styles. Do you find it easy to create?

Thank you! For sure, we are young guys who like guitars so it shouldn’t be a surprise when we crank it up and get shoegazey. We also write a lot on Nylons and acoustics so that finds its way into our music. We’ve always liked dynamics and space, so being loud but also being quiet is important for us and I guess that is why we sometimes span across guitar genres. Having more than one songwriter in the band also means that more sounds naturally appear in the practice room.

The only struggle we have with writing and creating new music is not having enough time. We all work side jobs, but our collective focus is music. Any spare time we get we are jamming and mapping out a track. We also have different routes to making songs, sometimes we write together, sometimes we write in solitary and sometimes songs are written virtually with voice memos.

You’ve just released a new single called The Rift. What was the inspiration for it?

The basis of the track evolved from our earlier love of shoegaze bands like MBV, Slowdive, Swervedriver etc. We all played in a shoegaze band together when we were younger, so we always had that sound in the arsenal. We’ve naturally started getting heavier musically as a kind of nod at how the last year has panned out. We’re definitely angrier than we used to be. But lyrically, the song references a poem called the Masque of Anarchy by Percy Bysshe Shelley which was written shortly after the Peterloo Massacre in Manchester. It’s used as a mantra for conflict and empowerment of people protesting. The words resonate with what’s happening today in our society, so it was a good time to let the song into the world.

You were picked by Huw Stephens to record at Abbey Road Studios. What was that like?

Overwhelming, to say the least. It was very motivational too as the band really had just recently formed at that point, so to be there that early on and see the walls covered in these historic albums and famous artists was special. We were flattered to be there but also just ready to get stuck in as the studio is covered in old analogue gear, kinda just lying about in a relaxed way ready to be used, rather than the completely polished museum-esque order you could imagine it is.

What’s next for Chappaqua Wrestling?

Another single and then an EP, we think. The only (very silver lining) good side to COVID-19 is that we can concentrate more on writing and recording. But it all seems a touch shallow when we aren’t playing shows as there is no release to all the hard work behind the scenes. As soon as the infection has passed we should be announcing our own tour. Then hopefully we can keep on trucking forward.