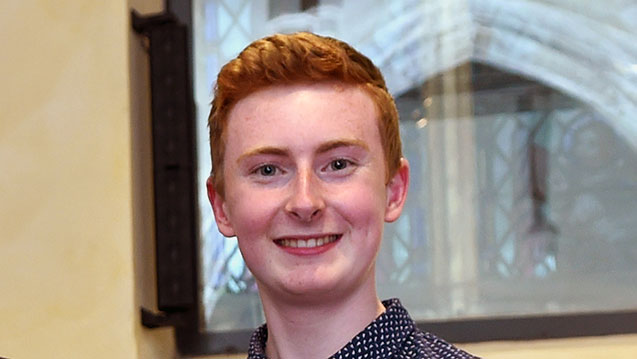 Dominic Wills is a teenage prodigy who's accrued a slew of accolades over the last couple of years as the industry switches on to his rare talents. Expect big things in 2018...

From where? Originally from Ely, Cambridgeshire.

What’s the story? Over the last couple of years, the 18-year-old composer has accrued a slew of accolades as the industry switches on to his rare talents.

The year after he won the Royal Opera House Fanfare competition for his work Presto, and in 2017 was recognised by the National Centre for Early Music’s (NCEM) Young Composers Awards in its 18 years and under category.

Also this year, Dominic was awarded a commission by the Michael Cuddigan Trust, alongside the fast-rising composer Kate Whitley.

Spotted for his diverse musical talent from a young age, he began studying formally aged just 14, under Ewan Campbell.

He went on to become a member of Aldeburgh Young Musicians in 2013, where he received coaching from composers including Dobrinka Tabakova, Larry Goves, Charlotte Bray and Tom Coult.

Aged 18, and with a growing number of acclaimed commissions under his belt, not least Over Rolling Waters Go, which was performed by Matthew Rose and the Albion Quartet at this year’s Aldeburgh’s Festival, he’s fast becoming One to Watch on UK composer circles.

This Saturday (18 November) sees a performance of his piece Three Movements for Clarinet and Piano at the Cambridge Music Festival's Young Composers Network event. For more info, and tickets, see here.

With more in the pipeline over the coming months, expect big things from the brand new PRS for Music member in 2018…