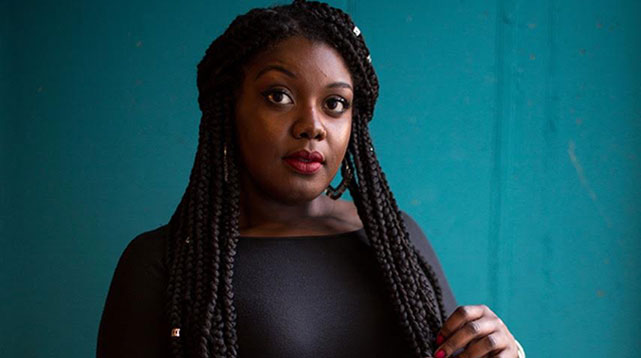 What? Warm and fuzzy soul.

From where? Nottingham via London.

What’s the story? Notts-based bedroom songsmith Yazmin Lacey has been fusing her love of Lover’s Rock, hip-hop, jazz, Motown and electronics since 2013.

Armed with nectar-sweet vocals and a discerning taste in beats, her classy sound is two-parts golden era jazz and one-part British urban.

Things started really coming together for her a couple of years back, when she caught the ear of Gilles Peterson and won a place on his Future Bubblers mentorship scheme.

Since then, she’s teamed up with Running Circle Records for her new EP Black Moon, a flavoursome six-track introduction to her retro-future style.

After a string of collaborations with the likes of Warren Xlnce and Congi, plus support slots with Natalie Duncan and Low Leaf, Black Moon marks Yazmin’s first solo physical release.

The title song was BBC Radio 6 Music’s recommended track of the week, with DJs including Lauren Laverne and Gilles Peterson lending their support.

Predicted to? Put Nottingham on the map.

https://www.facebook.com/YazminLaceyMusic/
New Music
Back to top