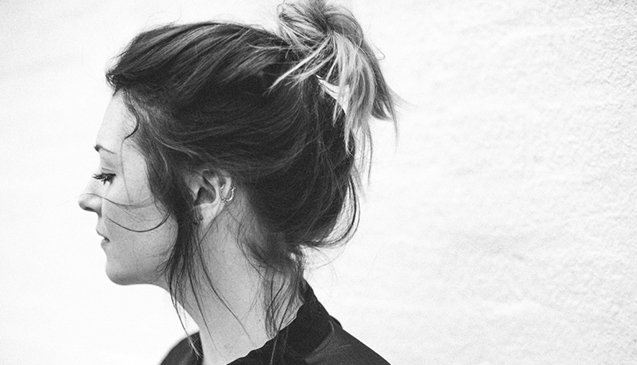 Having come of musical age on a diet of James Blake, Daughter and London Grammar, singer songwriter TUSKS carries all the hallmarks of late night London. Don't miss her new EP, out next month on One Little Indian.

Who? TUSKS is the artistic focal point of singer songwriter Emily Underhill.

What? Bare, arctic pop with bite.

From where? Emily is currently residing in London.

What’s the story? Having come of musical age on a diet of James Blake, Daughter and London Grammar, Emily’s sound carries all the hallmarks of late night London.

As a solo proposition, she’s fully in charge of every glitch, lunging beat and reverbed guitar plunge, filtering the ideas in her head through a lo-fi dimmer switch that can flip at any moment for a technicolour crescendo.

So far, she’s revealed just a few tracks to the world, which flirt with everything from post-rock to synth-pop and early 4AD shoegaze.

Her self-produced debut EP Ink tentatively landed back in 2014 and has since clocked up over a million streams on Spotify and win plaudits from BBC Radio 1, 6Music and Amazing Radio.

Now signed to One Little Indian (home to Bjork, Olof Arnalds, Foxtrott, Fufanu), she's preparing for the release of her next EP, False, expected 10 June.

It’s a drama-fuelled introduction into her musical soundworld, which rings out with pure piano chords and glacial melodies.

Also building a reputation for unmissable live shows, Emily gigged with Submotion Orchestra on their latest UK tour and reeled in a healthy crowd for her intense gig at The Great Escape last week.

And, with an anticipated show at Sebright Arms, London, in the diary for 9 June, plus a Phoria support slot at the ICA on 16 June, it seems like the future’s looking bright for TUSKS.

Sounds like? File next to Pixx, Nadine Shah and London Grammar.

Must hear? The intense iciness of False: