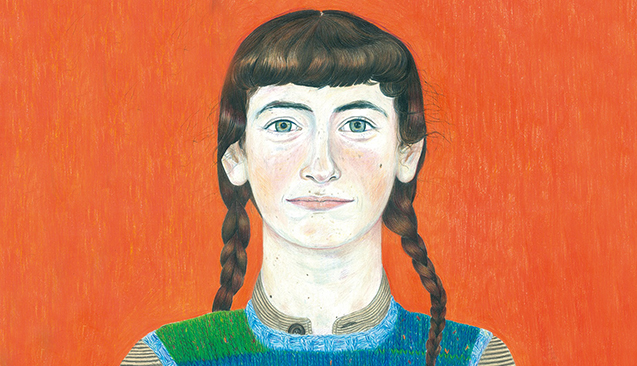 This Is The Kit

Kate Stables is behind This is the Kit - a loose collective that revels in low thrums, featherweight folk and earthy alt-rock. Don't miss their live shows for Independent Venue Week...

Who? This is the Kit is the musical project of Kate Stables.

From where? Winchester, but now living in Paris.

What’s the story? Why Kate hasn’t already been an M Featured Artist is a bit of a mystery. She’s now three ace albums deep and has been consistently playing winning live shows for almost a decade.

The multi-instrumentalist moved from her hometown to Bristol a few years ago, falling in with likeminded troubadours Rozi Plain, Francois and the Atlas Mountains and the Stitch-Stitch Records gang.

The move helped kick-start her live and recording career, putting Kate at the forefront of a burgeoning acoustic indie scene.

With folk predominantly on her mind, Kate’s a natural storyteller who uses all manner of sonic textures to convey her message.

Her overlapping guitar lines carry the dinky simplicity of very early Bibio tracks, while her loose vocals bring to mind the slack psychedelia of eccentric US alt-folksters Brightblack Morning Light or Vetiver.

Her latest album Bashed Out (released last April) featured friends old and new, with The National’s Aaron Dessner, Beirut’s Benjamin Lanz and The Walkmen’s Matt Barrick putting in notable appearances alongside her regular cast of contributors.

The results were bewitchingly impulsive and earned her a place on BBC 6Music’s Albums of the Year list. It was also lauded by the likes of The Guardian, Uncut, Pitchfork, Stereogum and Noisey.

New EP, Rusty and Got Dusty, which was released earlier this month, offers a rare glimpse into the live band’s creative process and coincides with a BBC documentary about them.

With This is the Kit devotees now including Elbow frontman Guy Garvey, Jose Gonzalez, producer John Parrish (who worked on her debut LP Krulle Bol) - plus most of the BBC 6Music staff - it’s surely just a matter of time before the whole world falls for Kate’s gently anarchic acoustics.

Catch the band live in action for Independent Venue Week (which runs from 25 to 31 January) at The Portland Arms, Cambridge, on 27 January and Boilerroom, Guildford, on 29 January.

Must hear? The low-slung Earthquake: