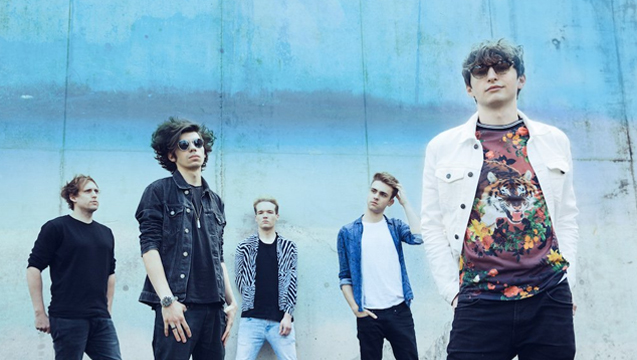 Casting aside their 60’s inspired rock n’ roll rattlers, The RPM's are now all about glittering, anthemic, indie-pop incandescence.

Proudly wielding the Huw Stevens stamp of approval, Brighton-based quintet The RPM’s have been putting in some serious graft since 2016 in touring the length and breadth of the UK, bagging radio support from BBC Radio 1 and Radio X and releasing a steady flow of guitar-slinging crowd pleasers.

Now following the addition of two new members to the line-up, the band have undergone something of a stylistic overhaul.

Casting aside the 60’s inspired rock n’ roll rattlers that made up the bulk of their discography, the band have embraced a more contemporary style of indie-pop, reminiscent of fellow Brighton pop-pioneers, Fickle Friends.

Glittering, anthemic smash-hits are the bread and butter of the new, reimagined RPM’s; as one would come to expect by a band produced by none other than Gethin Pearson (Charlie XCX, Mallory Knox).

After forming in Dorset when childhood friends, Jack Valero and Callum James started making music together, the band began to pick up the pace when they moved to Brighton, added Miguel Cosme to complete their line-up and released their debut EP.

Having emerged from a scene that birthed phenomenal bands like Black Honey and Yonaka, The RPM’s developed a cult following across the country before deciding, in their own words, to ‘skip off down the rabbit-hole’ and experiment with their sound, bringing in Chris Bowden on keys and Ollie Summers on lead guitar.

In addition to announcing two sets at this year’s Isle of Wight Festival and an appearance at Boardmasters, the band are about to set out on a huge UK headlining tour for indie club night extraordinaire ‘This Feeling’.

Joyous indie-pop that unashamedly sits on the poppier side. Bright, hi-fi guitars and lush synths wrapped up in pristine production with irresistible choruses.

Continue writing the catchiest choruses in the game and to further the campaign for making pop music cool.