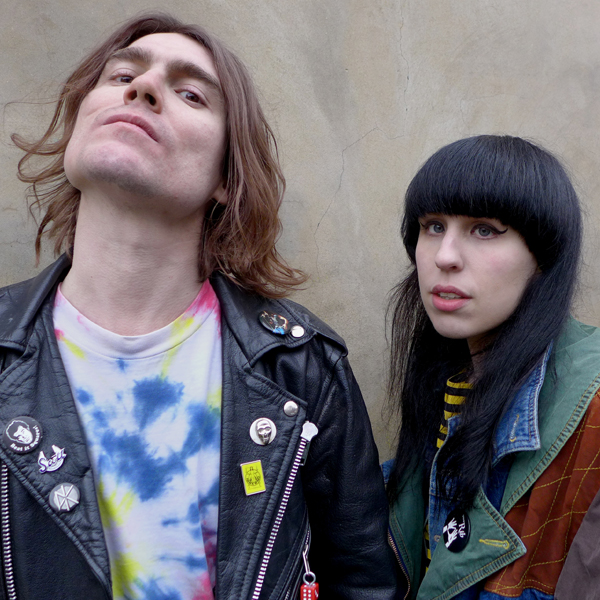 Birmingham's Table Scraps are giving guitar music a shot in the arm with their feedback fuelled punk. Check out Debut LP More Time for Strangers, a 35-minute slap in the face of a record…

Who? Scott Vincent Abbott (formerly of The Big Bang) and Poppy Twist (formerly of Poppy and The Jezebels) are the pair howling at the night as Table Scraps.

What? Frenetic psychobilly garage punk which wears the pair’s black hearts on their ripped up sleeves.

What’s the story? Table Scraps are barely a year old but have caused much frothing of the mouth from the more switched on musical tastemakers.

Scott and Poppy make a huge, guttural racket built around a stand-up drum set and a single guitar fed through four amps.

Taking their pointers from B-movies as much as the weird rockabilly of the Cramps, the duo’s feverish live appearances have seen them play shows with some of the UK's more unhinged bands including Fat White Family, The Amazing Snakeheads and God Damn as well as supporting US groups King Tuff, The Garden and Kid Congo Powers.

More Time For Strangers is Table Scrap’s freshly released debut album, a 12 song, 35 minute explosion of riffs and punk rock grit. The duo's fierce DIY maxim led to the album's production, artwork and forthcoming videos all being completed by themselves.

The LP is out now via their own Hells Teeth imprint in the UK.

Sound like? The house band in Pulp Fiction if set on the dust balls of Mars.

Must hear? Electricity captures the fun and the frenzy of Table Scraps. Check out the video below…