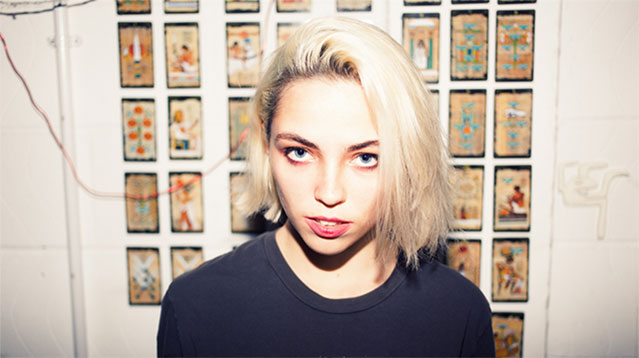 Not one to mince her words or muddle her rhymes, Suzi’s urban yarns spill over with the biting legitimacy of early punk. Don't miss her debut brew Teenage Witch...

What? A 19-year-old newcomer who’s shot through with wry wit and raw skill.

What’s the story? ‘Ashes to ashes, dust to dust, the guys are fuck-boys, girls are sluts, is that good enough?’ asks Suzi Wu as she opens her debut single, Teenage Witch.

Not one to mince her words or muddle her rhymes, Suzi’s urban yarns and schoolyard observations spill over with the biting legitimacy of early punk.

Wrapped up in the drama of broken down melodies and spiky guitars, her mutinous vocal is laden with railing apathy and oddball hooks.

She’s unconcerned with the rules of perfection, flirting instead with the intersection between pop, performance and personal empowerment, employing every musical muscle from her hometown to lift her vibey sound.

Predicted to? Shimmy her way up leading ‘Ones to Watch’ lists as 2018 approaches.