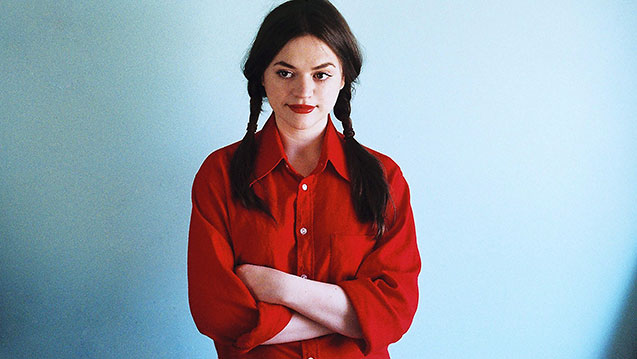 Siobhan Wilson is in possession of one of the purest new voices around, all wrapped up in choral accents and French pop flourishes. Don't miss her stunning new LP, which just landed...

What? Shimmering indie and minimal folk.

From where? Elgin, Morayshire.

What’s the story? Siobhan Wilson is in possession of one of the purest new voices around, all wrapped up in choral accents and French pop flourishes.

As a self-confessed Francophile, she spent a while in Paris after college, immersing herself in the Gallic culture and musical language. She even released a solo LP, Songs, on French label My Major Company.

Now back residing in the UK, her homeland’s ear is finally tuning in to Siobhan’s sound.

Earlier this month, she was named the winner of Green Man Rising, the annual competition offering upcoming artists the opening slot on the festival’s main stage.

She’s also just released her first UK album to a small fanfare of praise from the press, who fell head over heels for its understated charm and A-class songwriting.

The set, There Are No Saints, produced by Chris McCrory (of Catholic Action), wanders gently around the outliers of folk and indie, showing off Siobhan's musical dexerity and fluid approach to boundaries.

Refrained musical arrangements pack out the emotional hit, with Siobhan flexing the chops she first acquired when playing in youth orchestras across Scotland.

For those unacquainted with her musical wiles, she’s playing The Islington, London, on 29 July, and Green Man Festival, Brecon Beacons, on 18 August.

Sounds like? This lady will bowl over fans of This Mortal Coil, Mazzy Star, Cocteau Twins and Grouper.

Predicted to? Slay hearts with her new LP, There Are No Saints, which was released on 14 July via Song, By Toad.

Must hear? Whatever Helps –

https://www.facebook.com/siobhanwilsonmusic/
New Music
Back to top