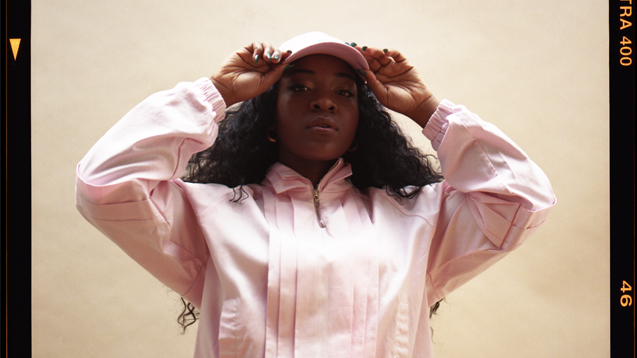 Brash, soulful and now winner of the BBC Sound of 2017 contest, Ray BLK is staring down the barrel of a big year with new music and live outings up her sleeves. Meet her...

Who? Ray BLK, an indie R&B and soul artist and winner of the BBC Sound Of 2017 contest.

What? She’s been named the British Lauryn Hill by critics but has an identity and forceful sound all her own.

From where? Born in Nigeria but brought up on the streets of Catford, South London.

What’s the story? Weaned on the classic hip hop styles and beats of Missy Elliott and Timbaland, Ray released her first recordings while studying for an English degree.

She formed a group with fellow young talent MNEK during her teens but really caught people’s ears with the release of 50/50 in 2015, a riposte to a former flame. Not only was it strikingly candid but it secured her a spot on BBC 1Xtra’s playlist and was named record of the week by BBC Radio 1’s Huw Stephens.

Since then she’s pushed herself even further with My Hood, a track featuring the big talent Stormzy and an ode to her home town. Durt, an accompanying mini-album released towards the end of 2016, led to more hype with further collaborations with Wretch 32 and SG Lewis.

With this latest achievement as winner of the BBC Sound Of poll, she looks set for the sort of success enjoyed by previous winners such as Years & Years, Jack Garrett and maybe even Sam Smith or Adele? Only time will tell...

Sounds like? Alongside Nadia Rose, offering a vital British R&B voice to be reckoned with.

Predicted to? Take up the mantle left by the indie success of Stormzy, Lady Leshurr and Skepta and go large in 2017.

Must hear? So many killers to choose from such as 50/50 and My Hood but new one Patience is her freshest cut to date. Listen below...