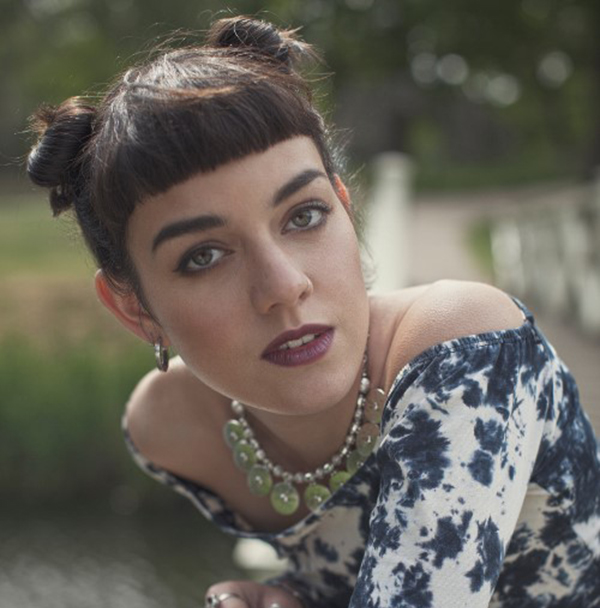 Pixx is the latest member of the illustrious 4AD family, who creates effervescent torch songs that blend the playful experimentalism of Grimes and Julia Holter with the songwriting nous of Bat For Lashes. Don't miss her debut EP...

Who? Pixx is the songwriting project of 19-year-old Hannah Rodgers. It’s also her granny’s nickname.

What? Effervescent torch songs that are set to spread like wildfire.

From where? Chipstead, a rural conurbation on the fringes of South London.

What’s the story? As a BRIT School graduate, which also counts Adele, Kate Tempest and Ella Eyre among its alumni, Hannah has been absorbed in music and performance throughout her teenage years

Now she’s become the newest member of the illustrious 4AD family, she’s ready to strike out alone with a four-track EP of weightless beauty.

Fall In, released on 28 August, invites the world into Hannah’s mysterious musical world and proves there’s more than meets the eye with this quirky new talent.

With one foot firmly in the pop camp and another skirting around the edges of experimental electronica, Hannah has etched out a new direction for her folk-inspired songwriting.

Sounds like? The playful experimentalism of Grimes and Julia Holter meets the classic songwriting of Bat for Lashes.

Must hear? Don’t miss the lead track Fall In from Hannah’s debut EP. Watch the vid below...