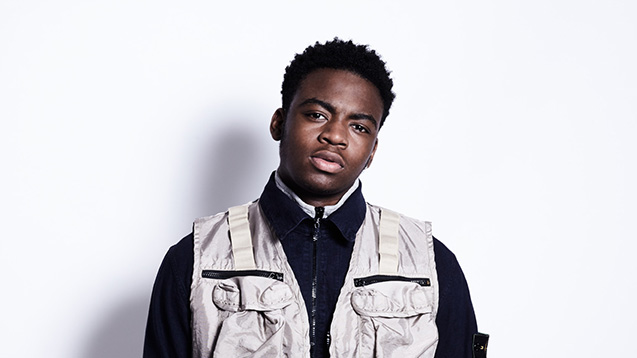 From where? East London's Hackney.

What’s the story? 'Peng ting called Maddison, I tell her come jump in my Addison Lee,' sings Not3s in his cult 2017 hit Addison Lee. A cheeky anthem for the cab app generation, the breakthrough track took the rapper from online obscurity to cult status almost overnight after he uploaded it onto Soundcloud and the plays started clocking up.

With everyone from Addison Lee to Louis Theroux (yes, really) tweeting about the track, the Hackney native was quickly snapped up by Relentless Records (Professor Green, Nadia Rose) and has since sold over 200,000 copies of the single, wracking up over 14 million streams on Spotify.

With the likes of Radio 1Xtra, BBC Radio 1 and his hero Stormzy behind his sound, he's been quick to show that he's more than a one-hit wonder, clocking up 15 million Youtube hits for follow-up track Aladdin, winning Best Breakthrough at GRM Daily's Rated Awards and receiving two MOBO nominations.

Debut EP, Take Not3s EP, is picking up love already, while BBC Music has included him in its influential Sounds of 2018 longlist.

Blending the sounds of underground grime with his Nigerian heritage, this is music to plug into now before it properly explodes...

Sounds like? Best summed up by Not3s himself: 'My sound is a crazy wave and I'm going to make everyone drown in it!'