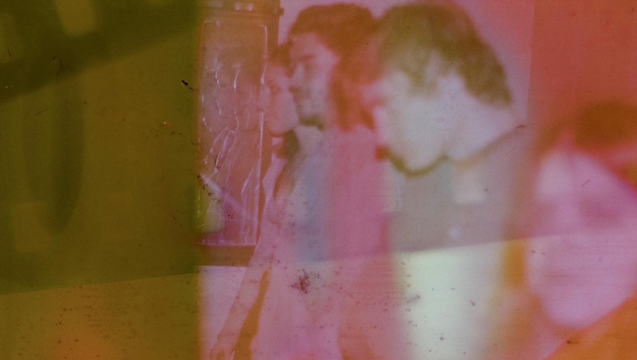 Who? Ellie, Rhys, Pete and Kerry. Together known as No Violet.

What’s the Story? Bristol’s No Violet have spent the last few years sticking their heads above the parapet of the city's thriving music scene with a series of furious, math-rock-infused, grunge releases.

Latest single Be My Friend is a real roller-coaster trip, lighting a slow burning fuse and building patiently to explosive crescendos of filthy guitars and hypnotic, shambling vocals from vocalist Ellie Godwin.

It’s in this vocal performance that No Violet are perhaps at their most exhilarating. Warbling and wailing with exasperation, Godwin guides you through the drastic lows and highs of the track, making a 4-minute single feel like a full-on grunge-opera.

The band are a deliciously contemporary interpretation of the energy and attitude exhibited by the earliest masterminds of grunge in the late 80’s. Think Pixies and Galaxy 500 meets Marmozets with the fuzz dialed up and you’re somewhere near the mark.

With a whole lot of love from DIY, BBC Introducing and broadsheet heavyweight The Independent – No Violet are setting themselves up for a stonking few years ahead.

Having just announced a European tour for October with proggy-math rock heroes Chiyoda Ku, and Faces EP release for September 14th, No Violet are certainly ones to put on your radar.

Updated - Faces is out now! Take a listen.

Sounds Like? The unbridled energy of youth meets the cynicism and mire of early grunge.

Predicted to? Smash their upcoming European tour and bring out some of the freshest, most uncompromising guitar-based tunes of the year.

Must hear? Latest release Be My Friend is a sonic declaration that No Violet aren’t taking shit and they’re here to be raucous and captivating.