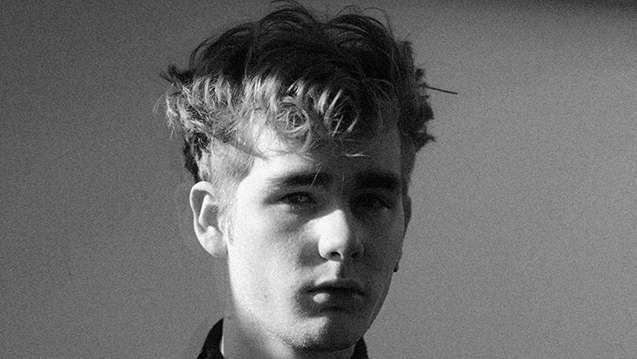 Mura Masa is 19-year-old songwriter/producer Alex Crossan, an R&B raconteur who sounds like Cashmere Cat having an emotional moment with James Blake. Expect big things in 2016.

Who? Mura Masa is 19-year-old songwriter and producer Alex Crossan.

What’s the story? Since starting out back in 2013, aged just 16, Alex’s blend of minimalist garage, UK trap and 808 bass has steadily evolved into a rich proposition that’s kept BBC Radio 1’s airwaves a-buzz and brought a slew of collaborators to his door.

Over the last 12 months his musical forays have quickly escalated, as track after track smashed the blogs and clocked up hundreds of thousands of plays.

His Someday Somewhere EP, which landed in April, ensured all eyes and ears remained on him for the rest of the year, while latest track, Love for That (featuring Shura), hit the airwaves with a bang last month.

It’s a diverse approach that works well, allowing Alex to push his experimental side while taking the helm as one of the UK’s most exciting new producers.

Alongside the string of talent he’s happy to riff with, Alex is equally content to draw the exotic timbres of thumb piano, bells and steel drums to embellish his future bass.

With a place on the BBC’s influential Sound of 2016 poll rumoured to be in the bag, plus a slew of well-received tracks and remixes already under his belt, it seems there will be no stopping this stellar producer as New Year gives way.

Sounds like? Cashmere Cat having an emotional moment with James Blake.

Predicted to? Take his place on a slew of upcoming tip lists for 2016.

Don’t miss? The garage-pop torch song Love for That.

facebook.com/MuramasaMusic
New Music
Back to top