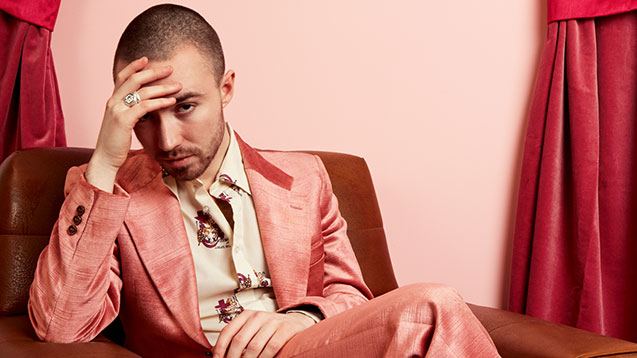 The south London singer-songwriter has already generated huge amounts of buzz for his beautiful but bitter tales of life and romance. Step this way, fans of Father John Misty, Leonard Cohen and Richard Hawley...

What’s the story? Well, we're still reeling from the fact that Matt is only 21. All velvety rich vocals (Morrisey comparisons are inevitable) and wry lyrics that suggest years of finesse and weary inspiration, the singer-songwriter has bucket-loads of maturity in his delivery.

Over the past year, he's generated huge amounts of buzz for his beautiful but bitter tales of life and romance that come edged with knowing irony, à la Father John Misty. 'Like a fish, that's how I drink these days. It numbs the envy I have against your tall, kind man. He's so much taller than I ever will be,' he laments on Like a Fish, playing the bitter ex-lover amidst intoxicating string arrangements and soaring big band sonics.

Salmon-pink suits and Wes Anderson-flavoured videos provide the retro aesthetic to his sound, while on-hand to steer the melodramatic soundscapes is Foxygen member and producer Jonathan Rado (Lemon Twigs, Whitney, Father John Misty). The pair spent 12 days in the studio working on Matt's forthcoming debut album Bad Contestant, which is set for release on 9 June via Atlantic.

Described as a grand coming-of-age record, it's accompanied by latest single Nightclub Love and Matt's biggest headline show to date at London’s Scala on 6 June.

With BBC Radio 1 firmly on-board and tastemaker press from The Guardian to The Line Of Best Fit all over his sound, this might just be one of the most eagerly anticipated debut's of the year...

Sounds like? For fans of the aforementioned Father John, plus Leonard Cohen and Richard Hawley.

Must hear? Any one of his three already released tracks. Let's start with Like a Fish.


https://www.facebook.com/MattMaltesemusic/
New Music
Back to top