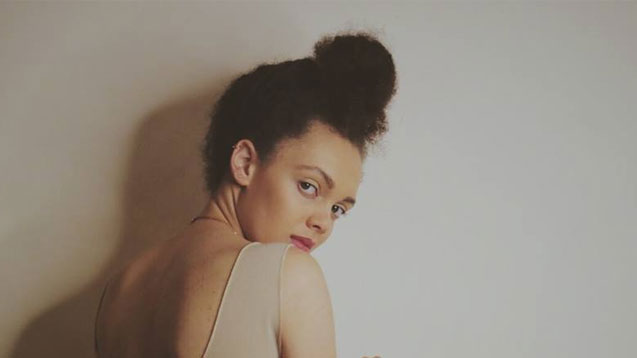 With both Gilles Peterson and Jamie Cullum tipping her for big things, it looks like 2018 is already in the bag for Manchester neo-soul artist Mali Hayes. Get to know her here...

What’s the story? Mali has been dabbling with music since she was an early teen, not that surprising considering she comes from a bonefide musical family.

Her mum is a producer and her dad a singer, while Mali’s grandparents were classical musicians – and it’s from this early melting pot of influences and experiences that her own love of creating has emerged.

Add in the fact that her home turf is fertile jazz breeding ground – also home to GoGo Penguin, Werkha and Matthew Halsall – and you find yourself in exciting new sonic territory with Mali.

Things got serious for her back in 2016, when she joined Gilles Peterson and Brownswood Studios’ Future Bubblers talent discovery programme.

Since then, she’s performed alongside Bubblers’ equals Elsa Hewitt, Lewis Ashley and Broadstrokes, received Help Musicians UK backing, and recently dropped her cracking new single Back To Me.

With more live dates already in the diary for this Spring, including a coveted slot at industry showcase The Great Escape in May, 2018 is going to be a busy year for this lady…

Sounds like? Mali’s vocal acrobatics are elegant and edgy – not a millions miles away from Jill Scott, Poppy Ajudha or Erykah Badu.

Predicted to? With both Gilles Peterson and Jamie Cullum tipping her for big things, this one’s already in the bag for Mali.

Must hear? You really need to see Mali live! Here’s a taster of her ridiculous vocal talent –